‘A Christmas Carol’ opens Dec. 3 at Community Theatre; auditions are Dec. 12-13 for ‘The Little Dog Laughed’ 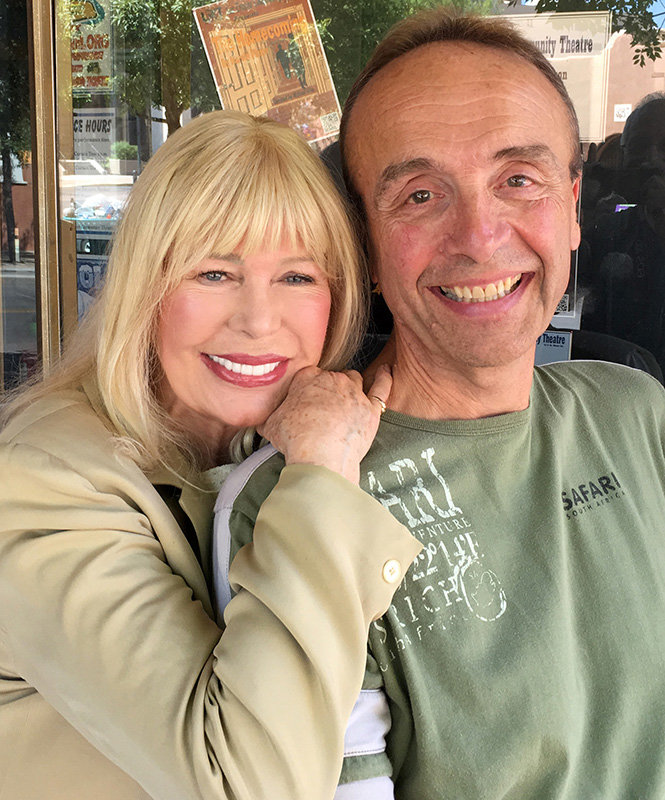 He opens Friday, Dec. 3, in Las Cruces Community Theatre’s production of “A Christmas Carol: A Solo Performance Piece.” He will narrate the story and portray Scrooge, Bob Cratchit, Tiny Tim, Marley’s ghost and 20 other characters from the beloved 1843 novella “A Christmas Carol in Prose:  A Ghost Story of Christmas,” by Charles Dickens.

And, right in the middle of his performance schedule, Lewis, as director, will hold auditions for LCCT’s upcoming production of “The Little Dog Laughed,” by Douglas Carter Beane.

Lewis did his own adaptation of “A Christmas Carol” based on a tour Dickens did “across the eastern seaboard of the United States in 1868, during which he did readings from his works, the most popular of which was ‘A Christmas Carol,’” Lewis said.

“I begin the show as a stagehand sweeping up after Mr. Dickens’ performance, and through a few moments of magical realism become transformed into Charles Dickens and proceed to act out the entire story. I think the audience will find it a lot of fun.”

Being on the stage by himself for a two-act play of more than 90 minutes is “a great privilege and an enormous amount of fun, but I must admit, it is also somewhat exhausting,” Lewis said. “It requires a lot of concentration and energy, as well as a lot of technique. An actor needs to be warmed up and in shape, physically, vocally and emotionally to attempt something like this. Fortunately, I’ve been doing this professionally for more than 50 years, so having that amount of experience definitely helps.”

Lewis said “the one-man aspect (of the show) refers to the actor on stage, but there are so many other people that have contributed to this event. My good friend, Robert McNamara, who most recently appeared as Danforth in the LCCT production of ‘The Crucible,’ is directing me, and has been invaluable with new ideas and encouragement. I have a great stage manager, Jane Sutherland, and she is assisted by Brad Martinez.”

Lewis is handling most of the design aspects of the show, he said, including the set, lighting and sound.

“But my friend, Jim Billings, from the NMSU Theatre Department has been very generous in consulting and advising,” he said.

“There is nothing like a piece of holiday theater to get people in the holiday mood,” Lewis said. “As Tiny Tim says, ‘God bless us, everyone!’"

Lewis has acted on many Las Cruces stages, including LCCT and Black Box Theatre. One of his most memorable roles was as Betty Davis in the 2016 LCCT production of “Jezebel & Me,” which co-starred Emmy award winner Loretta Swit.

Lewis has directed “The Crucible” and “No Sex Please, We’re British” for LCCT.

Prior to arriving in Las Cruces, Lewis spent a decade as an Equity actor in New York City and spent 23 years as producer at the Forestburgh Playhouse, an Equity summer theatre in upstate New York, where he also directed several productions, and acted in many more.

Tickets are $17 for adults, $14 for seniors, students and military and $10 for children.

Auditions for “The Little Dog Laughed”

“The Little Dog Laughed” was nominated for a 2006 Tony award for best play. It is described by LCCT as “a comedy-farce with a lot of heart, honesty and laughs. All four roles give the actors lots of opportunities for fun, emotional depth, and great work.”

Its characters are Mitchell, a Hollywood star on the rise, age 20s to early 30s; Mitchell’s acerbic agent, Diane, age early 30s to mid-40s; a hustler named Alex, age early to mid-20s; and Alex's girlfriend, Ellen, in her early 20s.

The production contains adult language and situations and is intended for mature audiences.