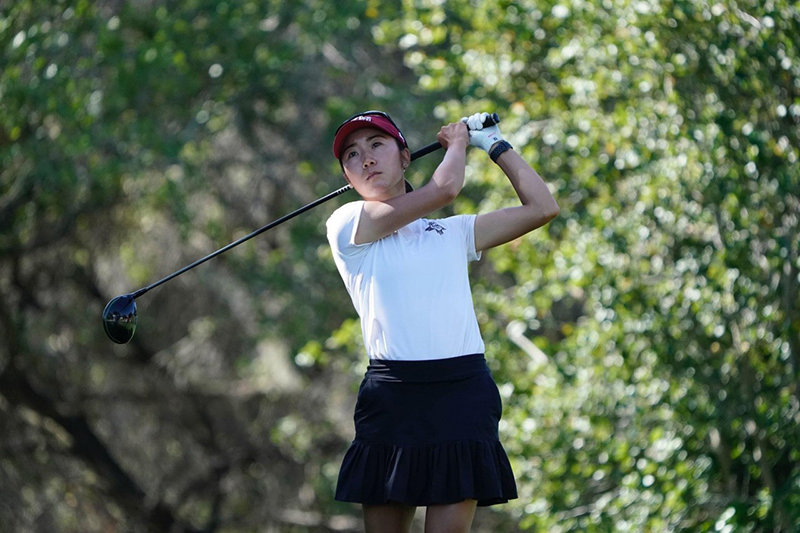 Karen Miyamoto got off to a scorching hot start at the Stanford Regional, carding birdies on five of the first nine holes.
Photos courtesy of NMSU 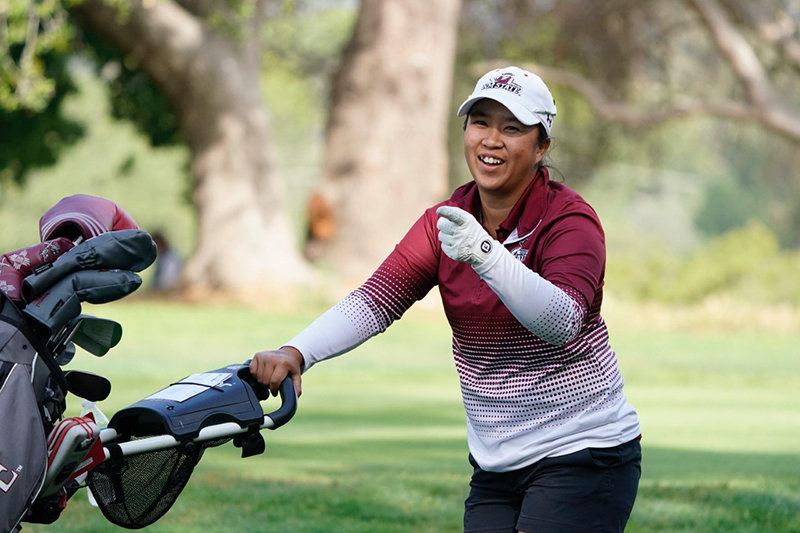 Pun Chanachai was all smiles after shooting an even-par 71 during the third day of the Stanford Regional. Chanachai was the only woman in the field not to shoot a bogey that day.
Photos courtesy of NMSU
Previous Next
Posted Thursday, May 13, 2021 11:51 am
By David Burge

The New Mexico State University women’s golf team had one of its strongest seasons in recent memory.

Let’s take a look at what the Aggie women were able to achieve this spring.

At Stanford, Chanachai led the Aggies, shooting a 2-over par 215 over three days and finishing tied for 18th.

On the final day, Chanachai shot an even-par 71 and was the only player in the entire field to not record a bogey during the third round. Now, that is consistency.

During the first day at Stanford, teammate Karen Miyamoto, from Chiba, Japan, put on quite a show, shooting a blistering 69. How good was she? Miyamoto birdied five of the first nine holes.

Unfortunately, she cooled off and finished with an 8-over 221 over three days. Miyamoto finished tied for 45th.

All solid efforts against a strong field.

Arizona State will serve as the host of the NCAA Championships and GOLF Channel will provide live coverage of the final three days on May 24-26.

It seems like the only thing the Aggies didn’t do this season was qualify for the Big Dance. It’s a shame – golf fans across the nation would have liked this bunch.