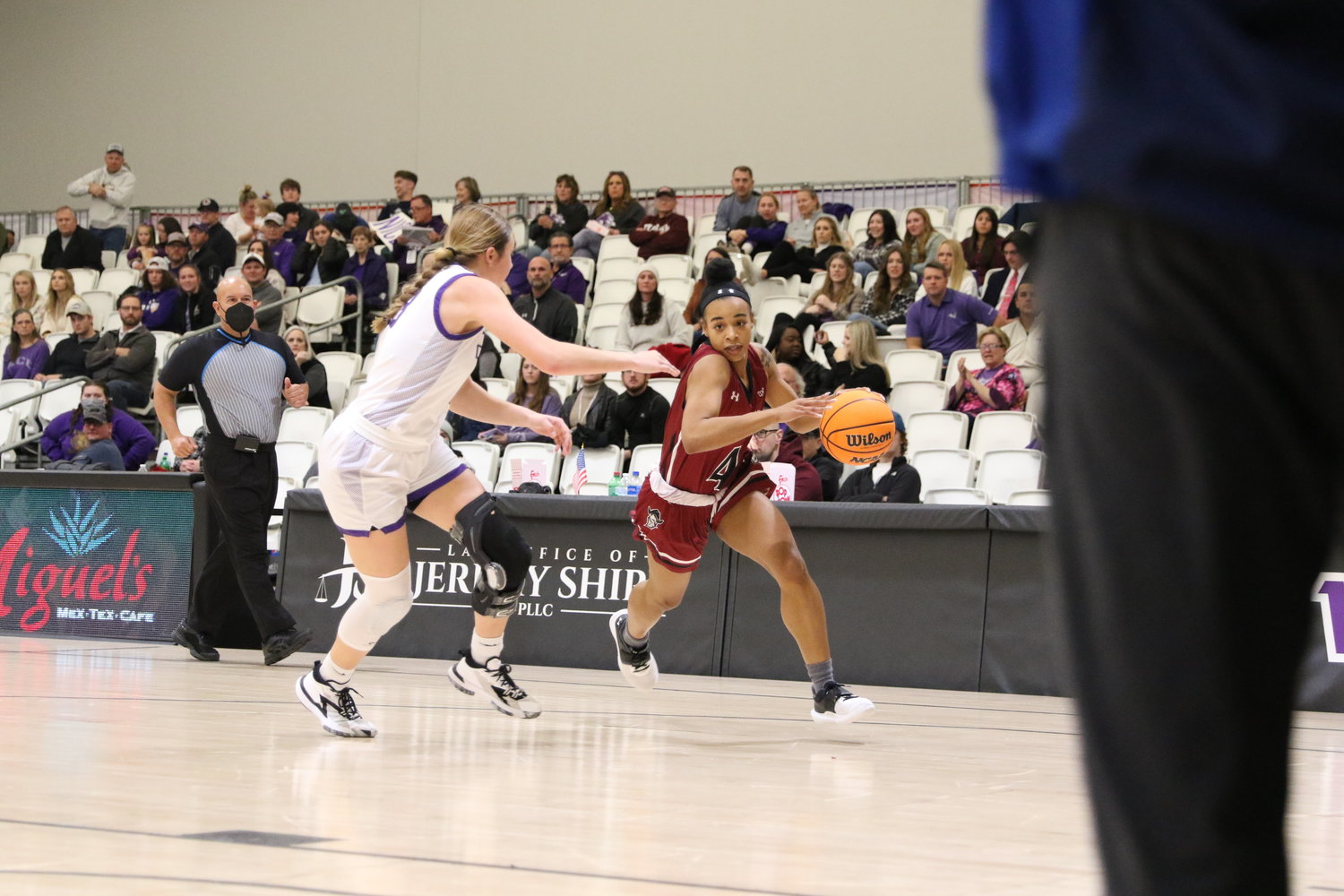 · The Aggies will pick up the pieces and head back to Las Cruces where they will begin a much-needed two-game home stand.

· On Thursday, NM State will welcome Sam Houston to the Pan American Center as they look to get back on track in WAC play. Tip-off is set for 6 p.m. (MT).

The Aggies' women's basketball team has had its heart broken once again. Despite leading by as much as 19 points in the third quarter, the Aggies fell to Abilene Christian, 73-76.

The Aggies' top offensive threat, Bigue Sarr, used her size and strength to bully her way to a stat line of 21 points and 12 rebounds to lead the way for the Aggies. Tayelin Grays also put together one of her better offensive outings this season, finishing with 10 points and five rebounds.

The Aggies were also dedicated to the game plan on the defensive end as they held ACU to just one made three-pointer on the night. Another large part of the story came at the charity stripe as the Wildcats shot 28 free throws and connected on 21 of them, while the Aggies only went to the line eight times, knocking down six of their freebies.

FIRST QUARTER
· After scoring zero points against Tarleton, Bigue Sarr started the scoring for the Aggies as she turned a Soufia Inoussa pass into two points on the Aggies' opening possession of the WAC road match.
· NM State's court general Mel Isbell then drew a foul on a three-pointer and knocked down all three shots from the charity stripe. However, the UNLV transfer found herself in early foul trouble as she committed two fouls in the span of 16 seconds and had to go to the bench at the 6:25 mark in the first quarter.
· Later in the period, Jade Bradley found Sarr on the fast break to give the Aggies' leading scorer four early points.
· The Aggie defense was locked in early as Soufia Inoussa and Tayelin Grays each snagged a steal in the opening five minutes of play.
· Inoussa also scored immediately following the media break to put the Aggies out front 11-10 at the 3:53 point in the first.
· The first quarter remained tight the whole way through as the scoreboard read 16-16 after the opening 10 minutes of play.

SECOND QUARTER
· The Aggies put together one of the best quarters of the season in the second period in the Teague Events Center, opening the quarter on a 13-1 run.
· During the run, five different Aggies scored points as Deja Terrell, Taylor Donaldson, Fama Thiam, Molly Kaiser and Tayelin Grays combined to go 6-for-7 from the field and help the Aggies jump out to a 29-17 lead with 5:42 left in the first half.
· In total, the Aggies missed only three shots in the second quarter, shooting 79 percent from the field on 11 made baskets.
· After entering the quarter in a deadlock on the scoreboard, the Aggies' hot shooting allowed them to pull ahead by as much as 14 points, leading 39-25 at the 1:41 mark in the second.
· Taylor Donaldson was the Aggies' leading scorer in the first half as she finished with nine points on 4-of-5 shooting after the first two quarters.
· Deja Terrell also posted the same shooting line as she finished the first half second on the team in scoring with eight points while adding four rebounds.
· The Wildcats, who entered the contest as the WAC's second-leading three-point shooting team, finished the first half 0-for-6 from deep in the first half.
· On top of restraining the Wildcat shooters in the first half, the Aggies were attached to the ACU ball-handlers as they forced nine turnovers and came away with seven steals.
· After a pair of quarters, the Aggies were ahead by 10 points as a result of the dominant third quarter.

THIRD QUARTER
· Bigue Sarr's presence in the paint along with three-pointers from Jade Bradley and Soufia Inoussa helped the Aggies extend their lead to 19 points at the 5:07 mark in the third quarter.
· During that stretch, Sarr scored eight of her 14 third-quarter points to go along with five rebounds in the period.
· However, the next five minutes of the third quarter belonged to the Wildcats as they began to chip away at the Aggie advantage.
· ACU outscored the Aggies 16-8 in that span, allowing them to enter the fourth quarter down by just 11 points.
· Wildcat Freshman Bella Earle was a large part of the late-quarter success, scoring a pair of and-ones compared to two empty Aggie possessions.

FOURTH QUARTER
· The momentum that was built by ACU at the end of the third period was carried over to the fourth as the Wildcats opened the fourth on a 10-4 run, chopping the lead down to just three points at the 3:18 mark in the final period.
· Aside from a Bigue Sarr layup in the first three minutes of the fourth, Tayelin Grays was the lone Aggie to score in the fourth quarter.
· Grays finished with six of the Aggies' eight points in the closing quarter, while the Wildcats posted 22 points to claim victory.
· This marks the Aggies' second-straight loss of three points or less and tallies three such defeats on the season.

UP NEXT
· The Aggies will pick up the pieces and head back to Las Cruces where they will begin a much-needed two-game home stand.
· On Thursday, NM State will welcome Sam Houston to the Pan American Center as they look to get back on track in WAC play. Tip-off is set for 6 p.m. (MT).