The Aggies play all three October contests on the road 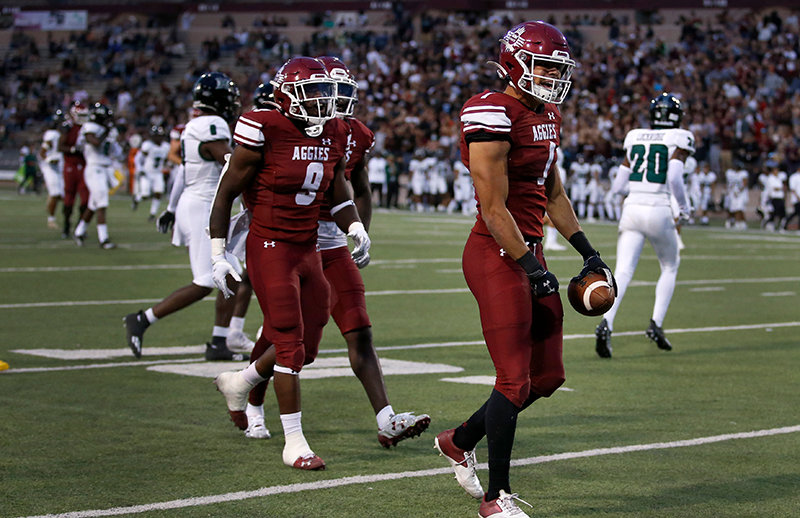 The NM State Aggies football program opens a three-game road trip Saturday when they travel to California to face the San Jose State Spartans for an 8:30 p.m. contest at CEFCU Stadium.

The Aggies and Spartans are meeting for the first time since 2012 on Saturday.

HOW TO WATCH:
Aggie fans can watch Saturday's contest on NBC Bay Area or on the Mountain West Digital Network.

MATCHUP NOTES:
• #FREED 13
Syrus Dumas has burst onto the scene the last two games. Dumas, who was deemed ineligible for the first three games of the season, forced a fumble and had an interception Saturday. Dumas recorded an interception in his Aggie debut against South Carolina State and now has forced three turnovers. Dumas became the first Aggie since Terril Hanks to have a fumble recovery and an INT in the same game. Hanks accomplished that against Texas State on Nov. 19, 2016.

UP NEXT:
The Aggies continue their tour through the Mountain West next Saturday, when they head to Reno for a nationally-televised (CBS Sports Network) contest at Nevada. Kick-off is set for 8:30 p.m. (MT).