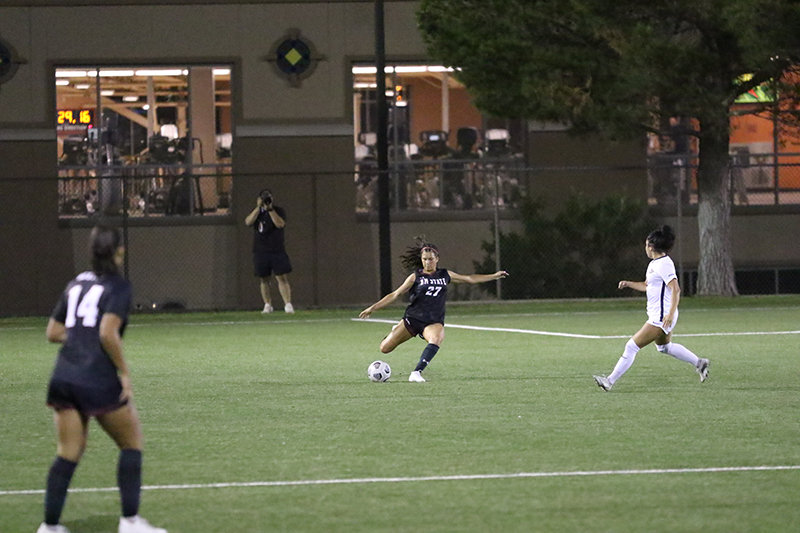 The New Mexico State women’s soccer team battled rival UTEP for 95 minutes but came up short, 2-1, in the Battle of I-10 on Thursday night in El Paso.

NM State (4-2, 0-0 WAC) started off strong, putting pressure on the UTEP backline. The Aggies were able to break through with Hannah Leitner speeding past the Miners outside back and finding Bianca Chacon at the top of the box. Chacon, an El Paso native, chipped it in upper 90 for her first career goal.

The Aggies had a few good chances, none better than Leitner’s in the 33rd minute but her shot sailed just wide after beating her defender down the left flank. That was the last good chance for ither side and NM State took a 1-0 lead into the break.

However, UTEP ramped up the pressure coming out of the break and eventually broke through in the 73rd minute. NM State was unable to get a winner late and the two rivals headed to overtime where the Miners scored the golden goal in the 96th minute.

The Aggies now head to the Sin City to take on UNLV on Sunday, Sept. 12, at 2 p.m. (MT). Fans can keep up with all the Aggie action via live stats.