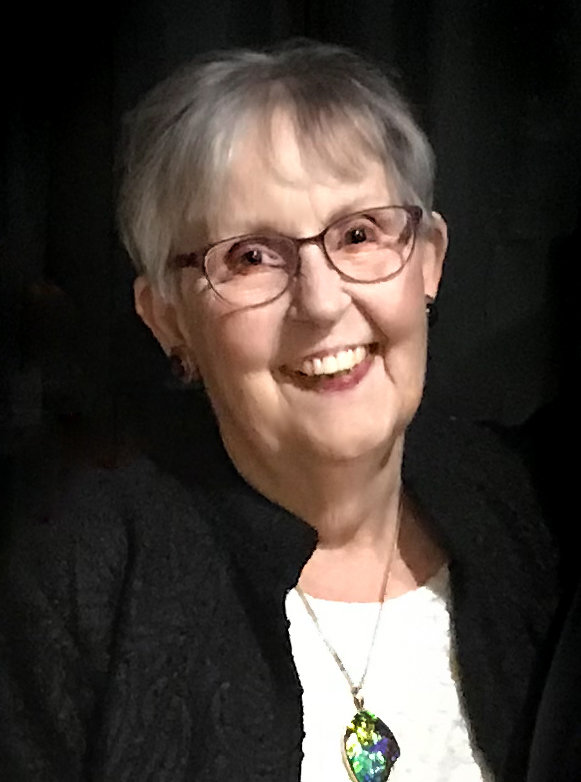 Anita Elliott Worthington, a resident of Good Samaritan Independent Living, died at her home on Wednesday morning, July 14, 2021, from multiple health issues. Anita was born in Washington, D.C. on September 3, 1938, to John and Winnie Elliott. She grew up in D.C. and graduated from Marjorie Webster Junior College with an English degree. She married Elliott Robert (Bob) Worthington on her 21st birthday, after meeting him on a blind date when she was nineteen.

Anita enjoyed many notable accomplishments and vocations during her life while also supporting Bob’s career as an Army Officer. She earned a bachelor’s degree from the University of Utah in 1973 and a Master of Business Administration from Trinity University in 1980.

Anita focused on raising their children and volunteering in the many communities where they lived. She served many years as a Girl Scout leader, participated in civic organizations, and kept the home fires burning while Bob served two combat tours in Vietnam. As their daughters got older, Anita entered the paid workforce as administrative assistant to the owner of Pace Foods (Pace Picante Sauce) and progressed to several high-level management positions. Anita was the Fox-Stanley Photo national warehouse manager in San Antonio, TX, the first woman to serve at that level for Fox Photo. Later, she and Bob founded Worthington and Worthington Management Consultants, with Anita as president, and she began her professional writing career.

In Las Cruces, Anita worked at a local art gallery. She later managed the southern NM  office for the 1990 U.S. Census. When the Census was completed, Anita shut down the office and turned her amazing talents to serving in leadership positions in the many state and national patriotic and genealogy organizations to which she belonged, including Daughters of the American Revolution, Colonial Dames, and others. Anita enjoyed many hobbies throughout her life, including sewing, arts and crafts, genealogy, theater performances, collecting and enjoying art, reading, movies, puzzles, and Scrabble. She loved the family’s cats, which accompanied them on many adventures including camping, and whose antics have become family lore. Her favorite pastime was spending time with family and friends.

Traveling was one of Anita’s and Bob’s shared passions. Bob was a private pilot, and they owned several planes over a forty-year period in which they flew to four countries and landed in every state except Hawaii. Together they planned and guided small groups of general aviation planes through northwestern Canada and all over Alaska. Anita served in several leadership positions in state and national aviation organizations and was recognized twice as member of the year by the United States Pilots Association. Her experience in aviation led her to create and write a column, “The Right Seat,” for a national aviation magazine.

Anita and Bob lived in many places before settling in Las Cruces, NM, in 1987. When Bob retired from teaching at New Mexico State University, they turned their attention to their second home, an eighty-acre ranch in the Sacramento Mountains that included a trout stream. Bob built a log-sided house which Anita decorated as a multi-generational family retreat. Anita loved spending snowy winters beside the fire, enjoying the deer and elk playing in the fields in front of the cabin.

Anita was an extraordinarily strong role model for her daughters and grandchildren.  Highly intelligent, witty, and always a compassionate friend, she was a bright, sunny ray shining on all her friends and family. She is survived by her husband, Bob; daughter Susan Bontly of Las Cruces; Julie Coley (Steve Coley) of Irving, TX; Karen Worthington (Mark Crowe) of Maui, HI; siblings John (Jack) Elliott and Susan Elliott Chikar; and five grandchildren, Stephen Bontly, Megan Coley, Matthew Coley, Maile Crowe, and Grace Crowe. She is predeceased by her parents; her son Robert Scott (Scotty) Worthington, who died at age two; and her grandson David Christopher Bontly, who died at age two.

Anita has requested no memorial services. Her family appreciated the compassionate care provided to Anita in the last few days of her life, which allowed Anita to come home and be with her family before passing. She asked that any memorial contributions be made in her honor to the Mesilla Valley Hospice at 299 Montana Ave., Las Cruces, NM 88005 or www.mvhospice.org.