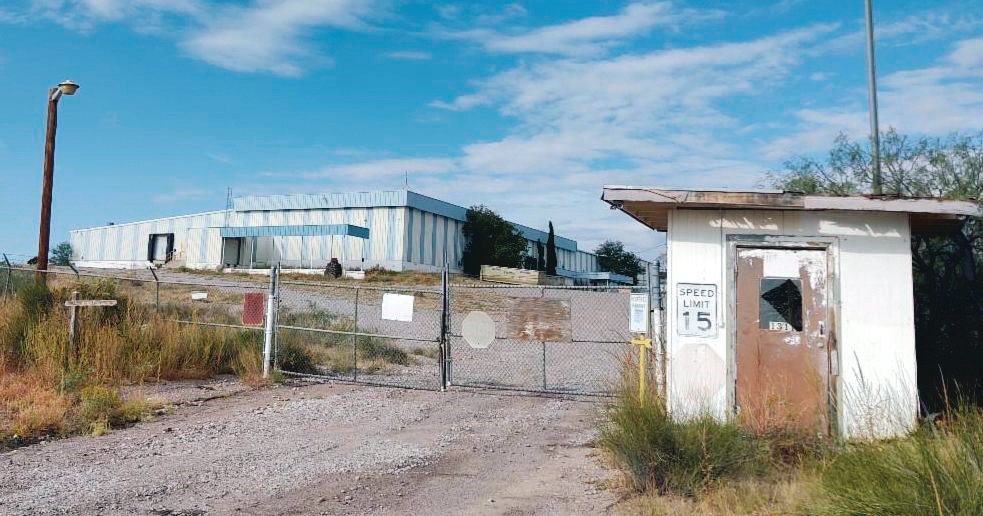 Eric Montgomery, who has been vice president of business development for the Las Cruces-based nonprofit Mesilla Valley Economic Development Alliance (MVEDA) since January 2012, will be leaving MVEDA soon to accept a newly created position at El Paso Electric.

Montgomery will become regional director for governmental affairs at EPE.

“I have said many times to people that over the past 10 years, Eric has grown into becoming one of the leading economic developers in the State of New Mexico,” MVEDA President and CEO Davin Lopez said. “His impact on job creation opportunities in Doña Ana County cannot be overstated. He was project lead and key to attracting Stampede meats to Sunland Park, a project that took nearly four years to come to fruition, creating nearly 1,000 new jobs. His work with WTEC Energy was key to establishing their confidence to invest in Chamberino and as announced last week, is expected to create over 300 jobs. And the list goes on.”

"It has been an incredible experience and honor to work with the team, Board, and community partners of MVEDA,” Montgomery said. “I have been fortunate to have so many people who are leaders in their industries mentor and guide me through my career. This transition will allow me to bring a wealth of experience and connections to El Paso Electric as they continue to grow their services for the betterment of the Borderplex region. I look forward to the new opportunities brought forth by this change and to continued interactions with all."

Earlier this year, Montgomery was a recipient of the 2021 Economic Development 40 Under 40 Award, the biennial award recognizing rising stars under 40 years old in the economic development industry nationwide.

Montgomery and his wife, Brooke Higginbotham (director of Studio G at NMSU’s Arrowhead Center), have four children, ages 7, 9, 12 and almost 13.

Montgomery grew up in the suburbs of South Bend, Indiana. His mother was recruited to medical offices in Hobbs, New Mexico, so his family moved from St. Joseph’s County, Indiana to Lea County, New Mexico. Montgomery graduated from Hobbs High School and came to Las Cruces to attend New Mexico State University. At NMSU, he earned a bachelor’s degree in psychology and a master’s degree in public administration. Montgomery worked for the City of Las Cruces and LaserShield (the forerunner of Electronic Caregiver) before joining MVEDA.

The Chamberino property, located at 1311 San Francisco De Asis, is WTEC’s first expansion in New Mexico. The site will be used for steel-wire manufacturing and eventually expand to produce wind towers, the spine of the wind-energy turbine, MVEDA said. The 68,000-square-foot location is the former home to an Alpo pet food processing plant that closed in 2014.

The company chose New Mexico over Texas for a new manufacturing site because of the collaborative business climate, incentives and the proximity to the fast-growing wind and solar installations in the western United States, the news release said.

“WTEC Corp’s expansion into the Chamberino community might just become one of the most impactful job creation projects to ever take place in rural New Mexico,” MVEDA President and CEO Davin Lopez said. “We are pleased that we could partner El Paso Electric’s (EPE) New Mexico Economic Development Fund, with the state of New Mexico and Doña Ana County to land this investment.”

The state is pledging $2 million from its Local Economic Development Act (LEDA) job-creation fund to assist WTEC with land, building and infrastructure at the Chamberino site. An additional $100,000 has been pledged from the EPE fund, which is administered by MVEDA and the Community Foundation of Southern New Mexico.

WTEC expects to begin hiring in early 2022 with a ramp-up to 315 full-time employees by the end of 2027, MVEDA said. The average annual salary is expected to be more than $37,000 and the project will have a statewide economic impact of $409 million over 10 years.

“When WTEC started looking for a new location, we wanted to be in the West, closer to our customers and key raw material vendors,” said WTEC CEO Brian Singh, who founded the company. “When evaluating the pros and cons of Texas vs. New Mexico, the incentives offered by New Mexico and our close relationship with the New Mexico Economic Development Department and MVEDA tipped the scale. At this property, we have an existing building with room to expand. We see a lot of growth in the wind and solar sectors and this positions us well to grow our manufacturing capacity and improve our competitive position in the market,” Singh said.

"WTEC Corp’s expansion into Doña Ana County supports our efforts to grow new employment opportunities and promote economic development,” Doña Ana County Commission Chair Manuel Sanchez said. “We are excited about the prospect of creating over 300 jobs and a large $20 plus million-dollar investment in a colonia that will benefit the community and diversify the base of employment in Chamberino. Their use of the former Alpo building is a way to repurpose an old facility and provides a location that will serve as a base for their operations. This project presents an opportunity for investment and economic development in a more rural part of the county," Sanchez said.

Singh has more than 35 years of experience in the wind industry, cable manufacturing and product development, MVEDA said. Prior to forming WTEC in 2002, he was president of King Wire and chief operating officer of Telecom Energy Cables Corp/Taihan, USA.

MVEDA is a nonprofit public/private economic development partnership that provides local businesses and new industries considering relocating and expanding into Doña Ana County with information, tools and resources. It contracts with the City of Las Cruces and Doña Ana County to provide economic development services, with additional funding provided by local businesses.