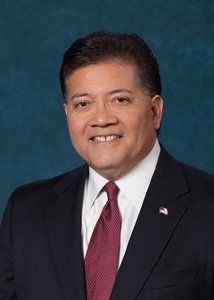 The City of Las Cruces likely will have a budget of $505 million for the FY23 fiscal year that begins July 1.

In the draft budget presented to the city council at its April 24 work session, city staff said that figure is $5.4 million greater than the current year’s budget of $499.6 million. That’s about a 1 percent increase.

A final council vote on the budget is expected May 16.

The FY23 proposed budget includes $129.2 million for the general fund, a 9 percent increase over the original FY22 budget, and $113.1 million for capital projects, down 5 percent from the current year.

Most of the city’s revenue comes from gross receipts tax – just over $96 million, or 78.14 percent of the general fund budget. Property tax generates almost $13.5 million, about 11 percent of the budget.

Increases in the FY23 general fund budget are expected to include $3 million for new and reclassified city jobs, $2 million for increased health benefits for city employees and $5 million to cover an increase in the minimum wage. The fire department likely will receive almost $460,000 in new funding.

“I wish to thank (city Chief Budget Officer) Leeann DeMouche and her finance team for their hard work and dedication in developing a prudent and financially sound budget for the citizens of Las Cruces,” said Mayor Ken Miyagishima. “When I was first elected in 2001, I believe our budget was $100 million, now it's projected to be over 1/2 billion, that's incredible!”