Classic Model A car generates ‘a lot of honks and smiles’ 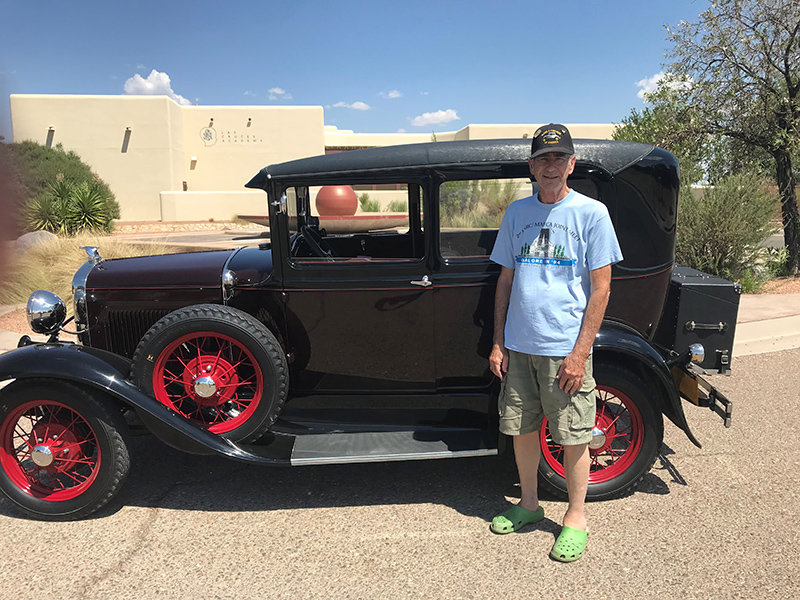 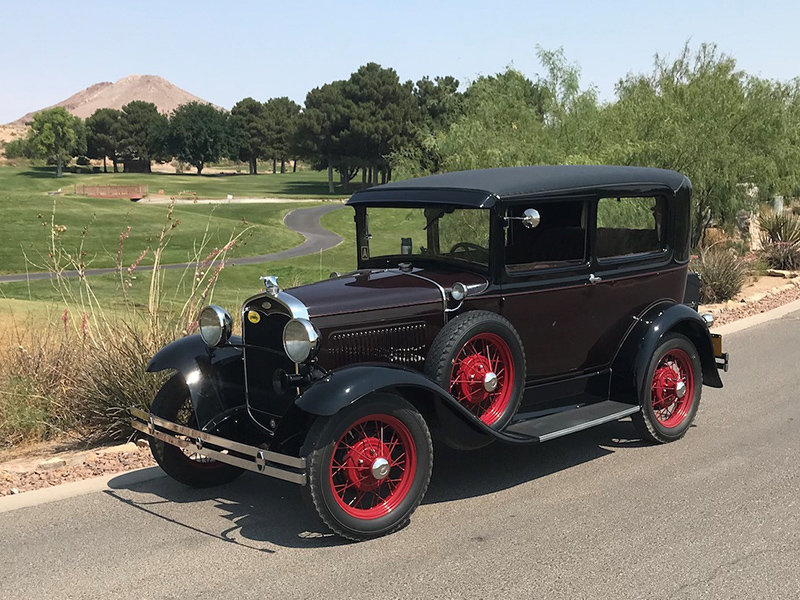 This is Rick Black’s “glamour shot” of Model A, which he took in June at on Fairway Village Drive at Picacho Hills Golf Club. It may wind up on the front page of the Model A Club of America’s national magazine, the Restorer.
Photo by Rick Black 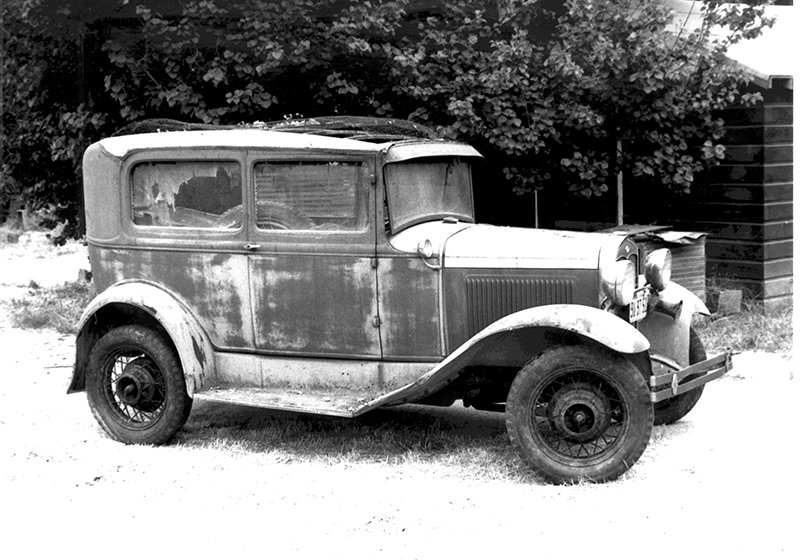 Rick Black gets “a lot of honks and a lot of smiles” when he’s out driving.

That is, if he’s driving his completely restored 1931 Model A Ford.

Black and his wife, Dana, moved to Las Cruces in 2018 by way of California, Oregon and Texas. He spent 10 years as network systems manager at  El Paso International Airport, retiring in 2012.

Wherever he’s lived, Black has gotten involved in local Model A car clubs.

In El Paso, he started the Borderland A’s, which now has about 25 members in the Las Cruces-El Paso area, with Black serving as president. He created the Model A Ford Club of America’s website (www.mafca.com) in 1996.

Black’s first Model A was a 1929 Ford. With parts from a wrecking yard in the San Fernando Valley, he placed the car’s body on a Mercury chassis and replaced the engine. Black sold the car when he enlisted in the U.S. Army.

When Black came out of the Army and started college in 1968 in Canoga Park, California, he discovered a 1931 Deluxe (the deluxe model cost $30 extra) Tudor Sedan Model A Ford parked under a tree three blocks from his apartment. He bought the car and spent the next 25 years restoring it to its former glory – refurbishing about 99 percent of its more than 5,500 parts.

Black drives his Model A about 1,000 miles a year, he said. It’s been in parades and car shows, took his daughter and her husband to their wedding reception and was featured, along with Black, in the Model A Ford Club of America “Restorer” Magazine.

The 90-year-old two-door has fewer than 130,000 miles on it and features a quail-shaped hood ornament complete with thermometer. It safely tops out at about 50 mph, Black said. Originally a two-tone gray, research on the car’s history helped him restore it to Ford Maroon.

The Model A was the first Ford automobile with conventional driving controls, Black said, allowing a driver’s hands instead of his or her feet to do most of the work. Starting the Model A involves putting in the clutch, turning the ignition, advancing the throttle, working the choke and stepping on the starter.

The car has “no automatic anything,” Black said, so there are no turn signals and no radio, heater or air conditioning. But the windshield opens to increase air flow.

Henry Ford (1863-1947) produced his first vehicle, the Ford Quadricycle, in 1896 while working for Thomas Edison in Detroit, Michigan. Ford founded the Ford Motor Company in 1903 and produced the first Model A that same year. That was followed by models B, D, F, R, S and the Model T (1908) that revolutionized the automotive industry. The second version of the Model A, designed by Henry’s son, Edsel Ford (1893-1943), produced 4.8 million cars 1928-31, Black said.

Ford was the first car company to allow people to buy vehicles in installments, Black said, which greatly increased their availability to the general public. That’s one reason there are still so many classic Fords on the road today, Black said.

Black is looking forward to driving his car to the national Model A Ford Club of America convention in Kerrville, Texas, in June 2022.

The Borderland A’s meet the first Sunday of the month, returning to in-person meetings in April. The meetings often begin with a tour of members’ Model A’s. You don’t have to own a Model A to join the Borderland A’s; you just have to have an interest in the cars.

For more information, contact Black at 541-499-1356 and rickblack44@gmail.com. Visit BorderlandAs.org.