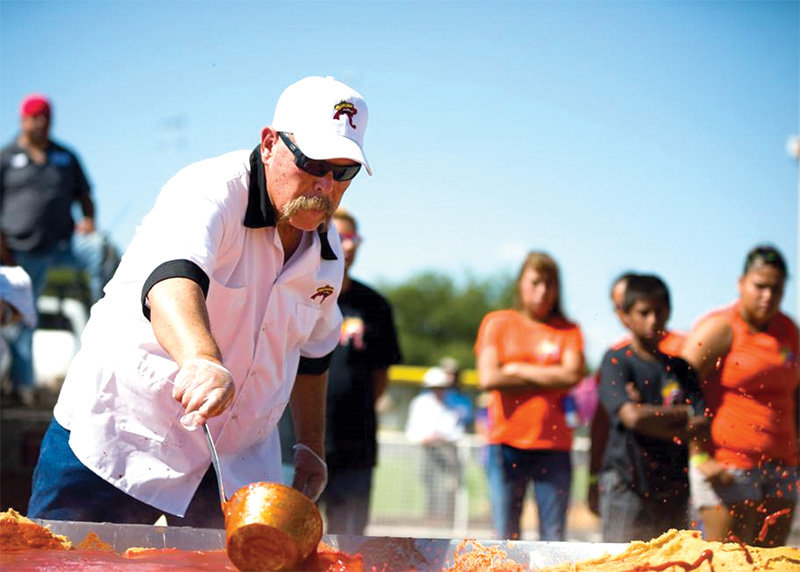 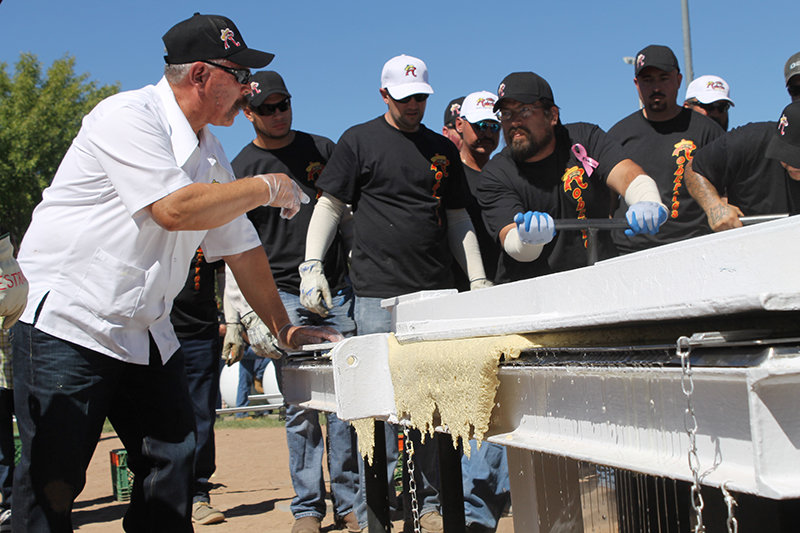 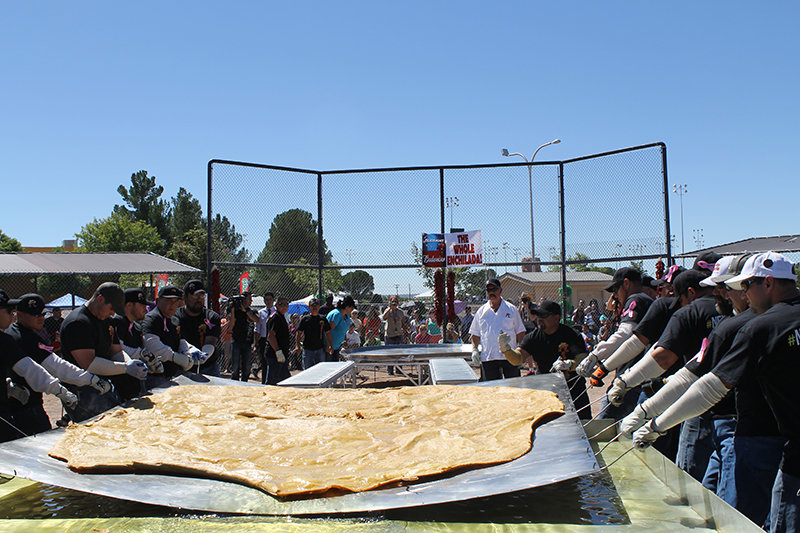 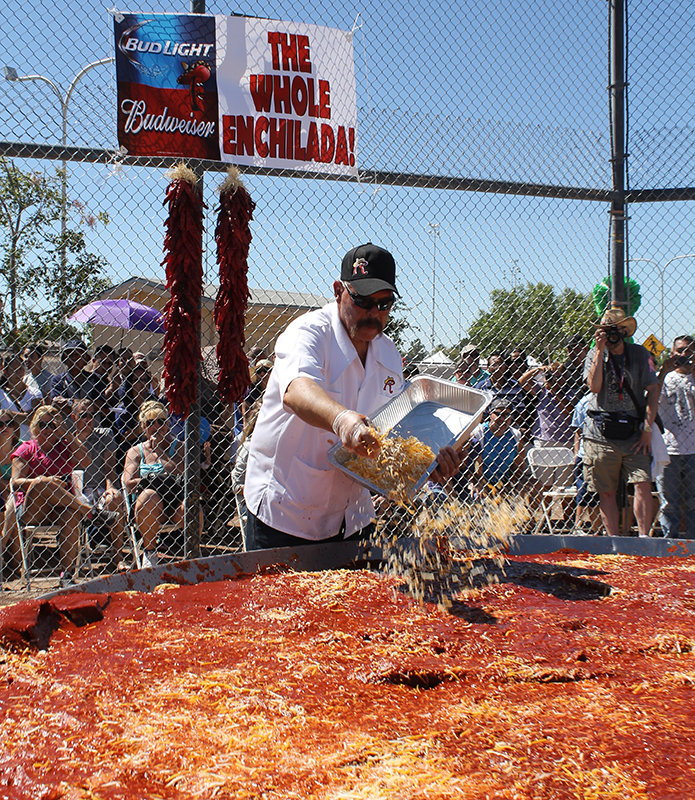 “Las Cruces can, and will, be a better place if we will try to emulate the qualities that made Roberto so special,” said Steve Ramirez about his long-time friend and Las Cruces icon, Roberto Estrada, who died Aug. 18 at age 84.

Estrada started the Whole Enchilada Festival, which gained international attention and was named one of the strangest food festivals in America by USA Today in 2015, which was the last year of the festival. His world-renowned enchilada (measuring 10-plus feet in diameter) included more than 1,000 pounds of ingredients. Estrada started the festival in 1980 and cooked for 32 of its 34 years. His giant enchilada even made it into the Guinness Book of World Records.

“Roberto was, and his spirit always will be, the epitome of what most Las Crucens strive to be,” said Ramirez, who is a writer for the City of Las Cruces communications office, and before that, a longtime reporter with the Las Cruces Sun-News. “Roberto was the role model of all the qualities Las Crucens strive to be. He was kind and respectful to everyone he met. He was empathetic and sympathetic to those less fortunate and those who were dealing with hardship. Roberto’s generosity was overwhelming and his support for the community unwavering. He gave of himself and all too often asked for nothing in return.”

“This amazing man taught me so much,” The Game and Game II owner Marci Dickerson said about Estrada on Facebook. “He taught me what it meant to be a responsible member of our community.   Taught me how important it was to give back and to make sure everyone was taken care of. He was a leader and a shinning spirit in Las Cruces.  Thank you, sir!! You will be missed.”

“What a genuinely nice man,” former Las Cruces Bulletin owner Dave McCollum said on Facebook. “He gave back far more than he ever received.”

“There's a saying, ‘The people who give you their food, give you their heart,’” the Las Cruces Police Department said on Facebook. “That saying exemplifies Roberto in many ways. Roberto was a kind and generous man who gave of himself. Roberto donated his delicious foods countless times for worthy occasions (including many events involving the men and women in blue). He worked tirelessly to create and serve The Whole Enchilada to the many thousands of fiesta-goers who flocked to Downtown Las Cruces. Roberto fed millions of customers through his restaurant, and through his well-recognized brands: Roberto's Mexican Food, New Mexico Mexican Foods and La Bonita Mexican Food Products.

To say Roberto Estrada was an icon and pillar of our community is an understatement. Most of us will likely remember Roberto as a man who greeted friends and strangers with a big, wonderful and welcoming smile. Descansa en paz, Roberto.”

Before Estrada’s death, the Doña Ana County Commission had scheduled a vote at its Aug. 24 meeting to name Aug. 24 as Roberto Estrada Day in Doña Ana County.