Counting down days till Aggie opener 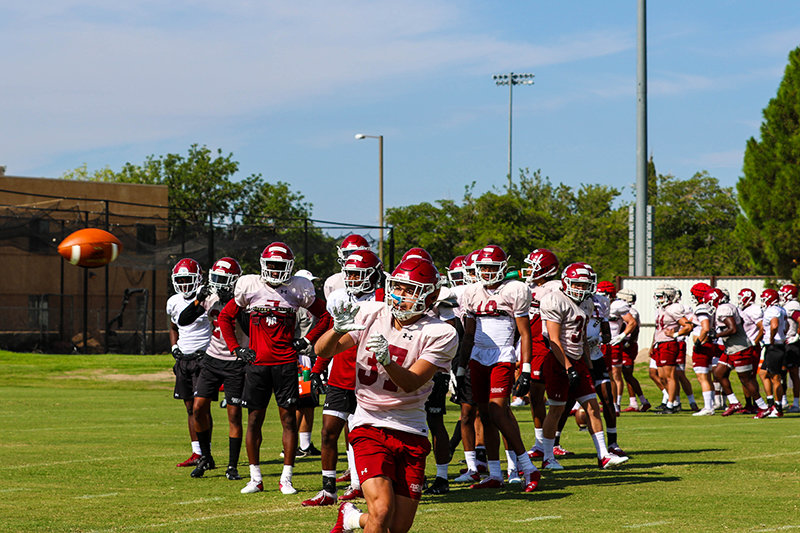 After not playing meaningful games for nearly two years, the New Mexico State University football team is looking forward to its season opener on Aug. 28 against archrival UTEP.
COURTESY PHOTO FROM NMSU 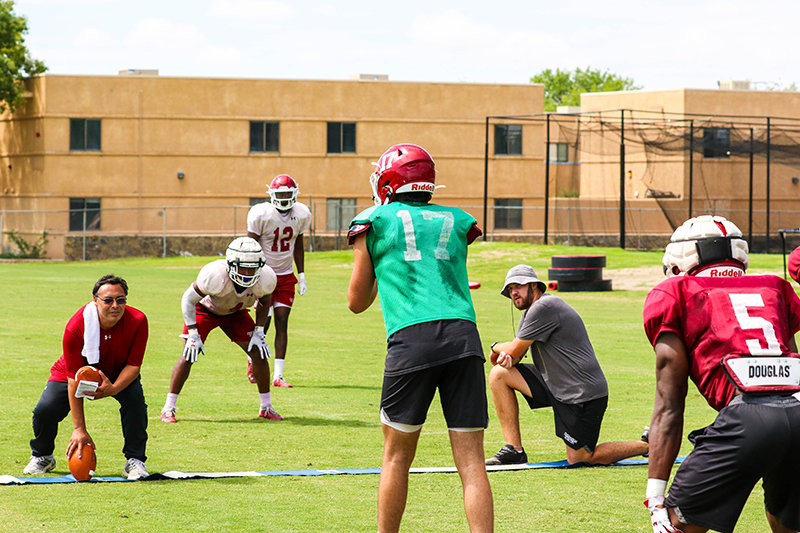 Weston Eget, 17, and O’Maury Samuels, 5, go through a drill during fall practice.
COURTESY PHOTO FROM NMSU 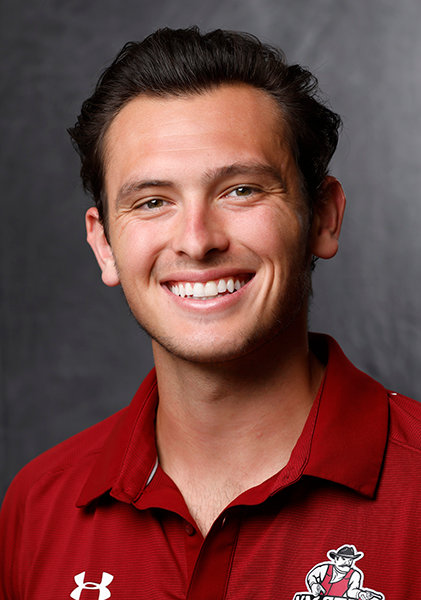 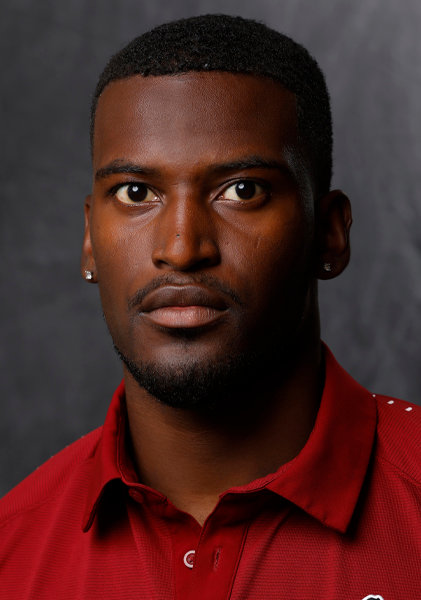 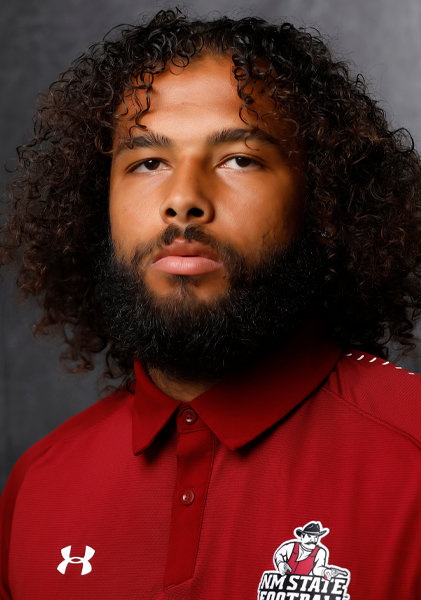 “Words can’t explain how excited I am, honestly.”

With that, New Mexico State University quarterback Weston Eget summed up what players and the school’s fans are thinking after nearly two years without meaningful games.

The Aggies began their fall practice on July 30 and open their season at home on Aug. 28 against archrival UTEP.

New Mexico State was one of just two FBS (Football Bowl Subdivision) teams to see its entire season canceled last year because of the pandemic. The other was Connecticut.

The Aggies did play an abbreviated two-game spring season at an empty Sun Bowl on rival UTEP’s campus in El Paso. The games were treated more like scrimmages but gave the team a huge leg up heading into the 2021 season.

By playing a couple of games, they were able to get in more practices in under NCAA rules --- 15 for a normal spring vs. nearly 40 with the games.

“This is really unchartered waters for any program to go through,” NMSU coach Doug Martin said in an interview before fall practice kicked off.

“I am really proud of our players, the way they have handled it, the coaching staff for the way they have gone out and recruited to help us,” Martin continued. “We are excited about getting back on the field.”

Martin is also excited about the collection of skill players he has on offense and improved team speed on both sides of the ball.

He has even said a bowl berth is not unrealistic. In 2017, the Aggies had one of their most memorable seasons in school history – beating Utah State 26-20 in the Arizona Bowl. It was their first bowl berth and bowl win in 57 years.

“Our offense can carry us and put us in a position to win games,” Martin said. “I think we have made a lot of strides defensively. We will be a much faster team on defense. The Dixie State game (a 36-29 win last March) is a good model of what we can look like. Our offense played well. We put a lot of points on the board and our defense came alive and shut them down. It was a good team win. That is what it will take for us. We have to be a good team.”

To get back to a bowl game, they will need improved quarterback play, and Martin said they have two “really quality” candidates to step into the role that Tyler Rogers played on that bowl team.

Eget is a redshirt freshman from California. The other main candidate is Jonah Johnson, a junior transfer from Fresno City College.

“I’m super excited; the whole team is super excited,” Eget said at the team’s media day. “We will be ready to rock and roll on Aug. 28” in the season opener.

Eget says he and Johnson both have a slew of talented teammates to get the ball to and “let them do their thing.”

“I talk to the players every day, and they say they wish they could skip all these days and go straight to game day,” he said.

Back in July, New Mexico State announced that it will allow 100 percent capacity at all home sporting events. Let’s keep our fingers crossed Covid doesn’t change that, but the prospect of a full Aggie Memorial Stadium is tantalizing for both fans and players.

“I think it will be electric,” he said. “Last time, obviously, there was no one in the crowd (last spring), so it was a bit weird.”

Johnson, the other quarterback candidate, said he arrived on campus right before the pandemic hit.

“I barely got to experience what it was like to go to class and interact with other people,” he said. “I’m excited to get back to that and have 100 percent capacity at the games, and really feel what it is like to play real college football.”

Johnson said he is ready to get going and see what everyone can do.

“We look good,” he said. “We have a lot of talent but we need to get guys acclimated and get rolling.”

One of those teammates sure to bring a ton of skill and speed to the field is redshirt junior O’Maury Samuels, a transfer from Michigan who grew up about three hours up the road in Los Lunas.

Samuels hasn’t played football in three years. He sat out 2019 because of the NCAA’s transfer rules and last year the Aggies’ season was axed by the pandemic.

Now, Samuels says he is back home with the Aggies and ready to play some football.

“I am glad to be able to represent this state and represent New Mexico State football and get this thing going,” Samuels said. “I’ve been waiting a long time.”

It’s a wait that is coming to an end for both players and fans. Two weeks and counting until the UTEP game.