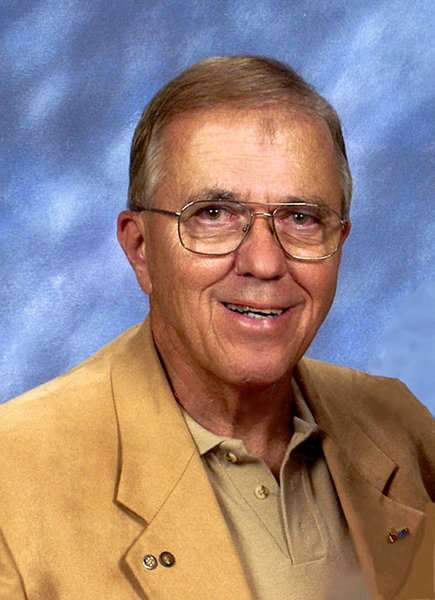 Donald Francis Dresp, 85, passed away on Sept. 30, 2021 in Las Cruces, NM.
He was born and raised in Omaha, Nebraska. He attended the University of Nebraska at Omaha, Creighton University and received his MA from the University of Denver. He worked as a high school teacher and librarian in Nebraska and Colorado, then as education librarian at Arizona State University in Tempe, Arizona.
Don next became the assistant director of Scottsdale Public Library. In 1971, he accepted the position of director of Thomas Branigan Memorial Library in Las Cruces, NM where he served until his retirement in 1996. Don’s work ethic was centered on public service and his motto was: “Formal education is expensive, but knowledge is free at your public library.”
In 1971, the library was housed in the present Branigan Cultural Center. Two bookmobiles were added in 1975.
The Friends of TBML was founded in 1976. The present library opened in December 1979, and the second floor addition in 1990. In 1991, he opened a public computer room and initiated a computerized circulation system. Professionally, Don was named Librarian of the Year by the Border Regional Library Association and Librarian of the Year by the New Mexico Library Association.
He was one of two New Mexico public librarians to attend the White House Conference on Libraries and Information Services in 1991. He served both as president of New Mexico Municipal Librarians and the New Mexico Library Association. Don was a member of Las Cruces Rotary Club for over 50 years with perfect attendance for 35 years. In 1992 the club named him a Paul Harris Fellow. Don served on many boards and committees: Community Action Agency; American Red Cross; Doña Ana Arts Council; Doña Ana County Historical Society; United Way; Memorial Medical Center Foundation; Citizens Drug Committee; KRWG TV Board; White Sands Federal Credit Union, Supervisory Board; International Cruise Victims Association.
Don was an apostle of the written word. He enjoyed promoting libraries to every group who asked. He accepted everyone he met as his friend, and many felt he was their best friend. He loved his cats and all animals, Native American arts, world travel, gin and tonics and blackjack. But most of all he was devoted to his family. He is survived by his wife of 51 years, Winifred, son, David of Albuquerque, daughter Jeanne Knappmiller (Brian) and granddaughters Fiona and Jessalyn of Burbank, California. He was preceded in death by his parents, Helen Babbit and John Dresp, and his only sibling, John “Bud” Dresp.
A Celebration of Life will be held at Thomas Branigan Memorial Library Nov. 6 from 2-4 p.m.. Memorials should go to organizations like Casa de Peregrinos and Animal Services Center of Mesilla Valley that aid the homeless and hungry people and animals of Dona Ana County.
Arrangements by Getz Funeral Home, 1410 E. Bowman Ave. Las Cruces, NM 88001. Please visit www.getzcares.com to sign the local online guest book.