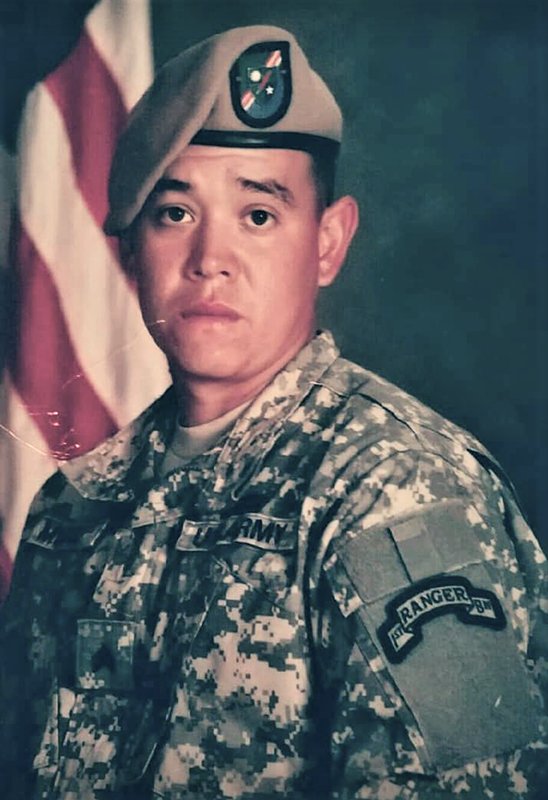 U.S. Army Staff Sergeant (ret.) Daniel Muñoz will be the grand marshal of the City of Las Cruces 2022 Electric Light Parade, which will be Sunday, July 3.

Muñoz, 40, was born in Albuquerque and grew up in Hatch, graduating with honors from Hatch High School.

He joined the U.S. Army in 2000 and served five tours of combat duty in Afghanistan and Iraq with the 82nd Airborne and 1st Ranger Battalion. Muñoz retired with 15 years of service after injuring his knee in a parachute accident while training.

He earned a bachelor’s degree in psychology and then joined a veterans’ fire corps crew with the Conservation Corps of New Mexico. Muñoz served as a wildland firefighter for three seasons, including one season with the Silver City Hotshots, a group of firefighters that handled the largest, most complex fires across the country.

Muñoz has worn a Smokey Bear costume in a couple of other southern New Mexico parades, and said he is “very honored” to serve as grand marshal (as himself) for the Electric Light Parade in Las Cruces.

“I’m honored to be chosen to represent the city,” he said.

“I have had the pleasure of working with Daniel Muñoz when we served the Veterans Fire Corp of Conservation Corps New Mexico,” said City of Las Cruces Recreation Services Supervisor Crystal Copper. “His dedication to his team and his strong leadership was essential to our strength and morale. We at the City of Las Cruces Parks and Recreation Department are delighted to honor Daniel Muñoz as our Electric Light Parade Grand Marshal 2022, Patriotic Spirit and American Dreams!”

Muñoz and his wife have four children, ages 5, 7, 13 and 21. A volunteer with Casa de Peregrinos emergency food bank, Muñoz said he wants to focus on raising his children and helping the community’s homeless and veteran populations. He also plans to return to firefighting professionally.

For more information about the parade, contact city Recreation Services Supervisor Crystal Copper at 575-541-2454 and ccopper@las-cruces.org.