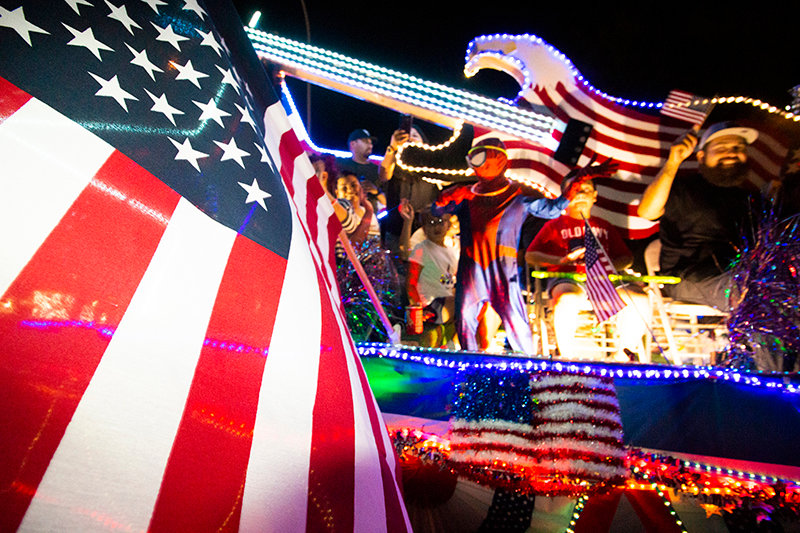 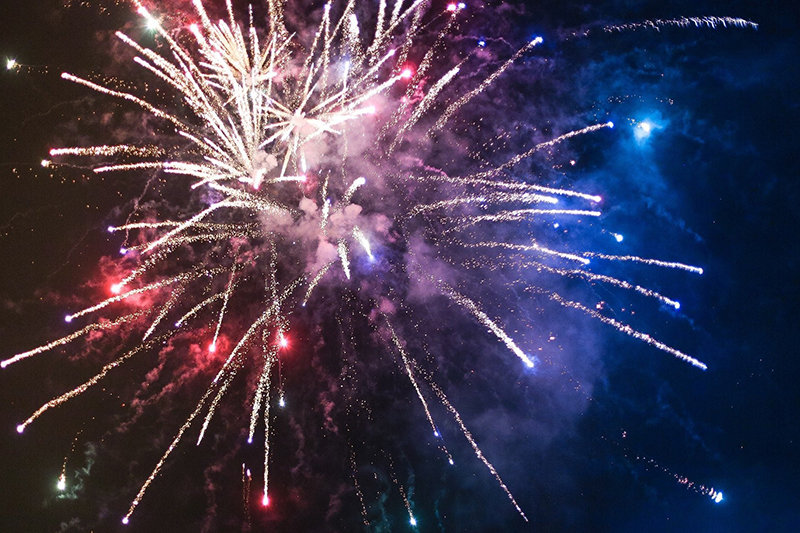 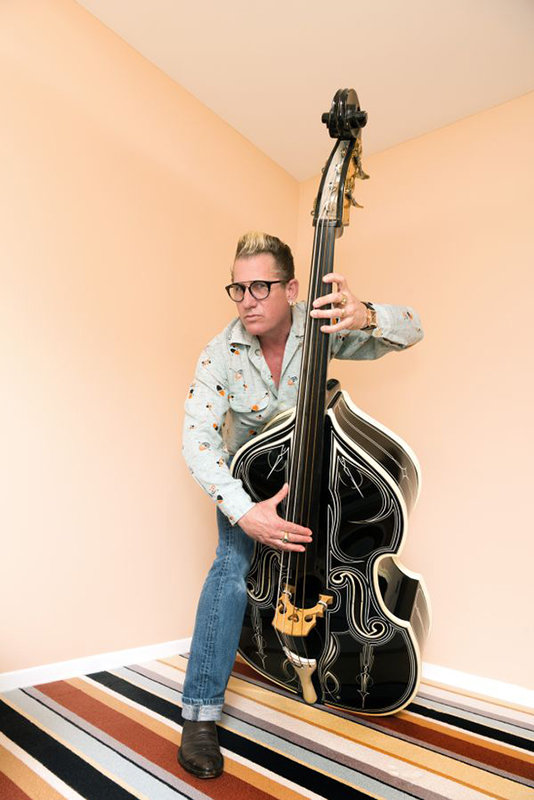 Lee Rocker
Photo is from https://leerocker.com 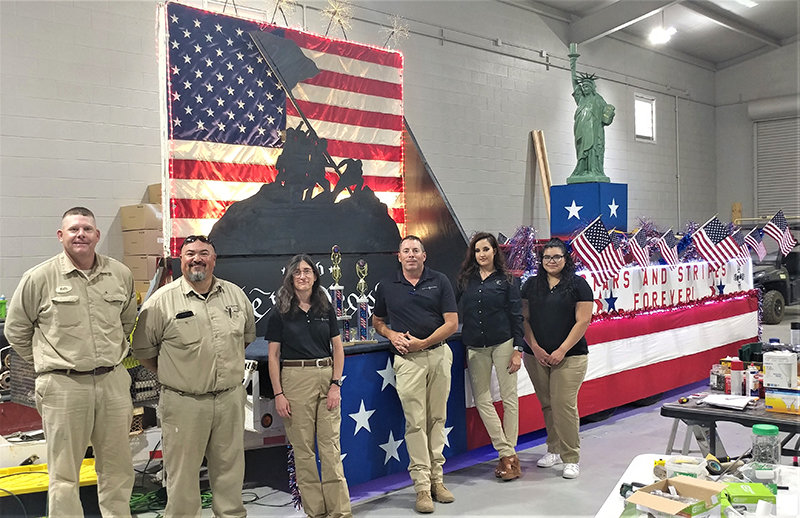 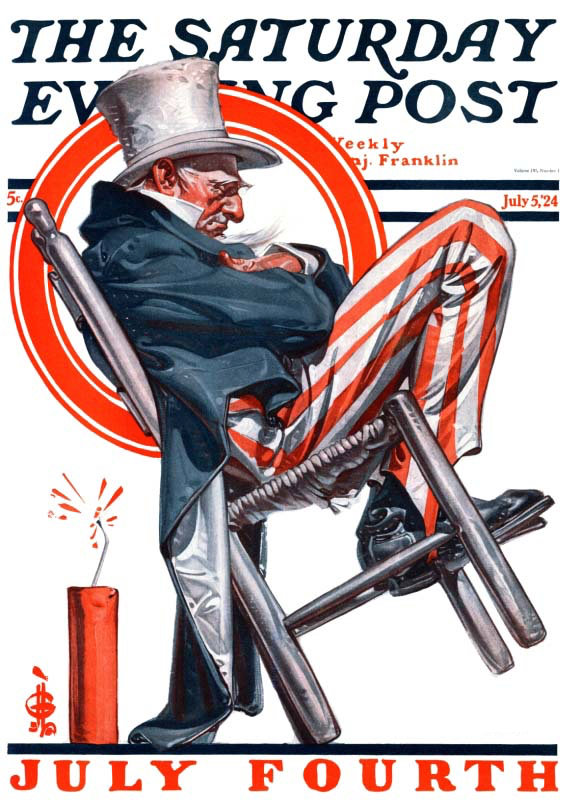 “I think the Electric Light Parade signals the restart of our city, state and our nation,” Mayor Ken Miyagishima said.

“I think it also sends a message to our residents that we appreciate their patience and sense of community during the past 16 months,” the mayor said, “and that we look forward to what the future has in store for us as Las Crucens.”

The parade, which will begin at 9 p.m. Saturday, July 3, comes two days after Gov. Michelle Lujan Grisham lifted all state public health restrictions on business operations and public gatherings that had been imposed because of Covid-19.

Zia Natural Gas Company will be defending its title – the company won best entry in 2019 and 2018 and took second in 2017. There was no parade last year because of Covid-19.

Zia will be defending its title – the company won best commercial float in 2018 and 2019, and was second in 2017. There was no parade last year because of Covid-19. (The 2019 best non-commercial float winner was Las Cruces High School Class of 1971. The non-commercial winner in 2018 was Greater Mesilla Valley Aerostat Ascension Association, with the LCHS Class of 1971 finishing second. The best overall float winner in 2019 was Hernandez Plumbing; in 2018 it was Potter’s House Christian Center Church.)

“We’re having a great time with this,” said Zia technician Johnathan Bunker. Bunker said he, Keith Cox and Christopher “CJ” Wahe of Zia have done a lot of the design and building of the float, with assistance from virtually every company employee.

“We put our heart and soul into this thing,” Bunker said. “We’re proud of who we work for and what we’re doing.”

The float will require three generators, plus a 5,000-watt inverter on the truck that will tow it, to operate all of the float’s lights, said Zia Regional Manager Ron Reynolds.

The float includes a tribute to the raising of the American flag on Iwo Jima and the Statue of Liberty, complete with live flame.

“Because Hearts of Hope, LLC is a new DD (developmental disability) waiver provider agency here in Las Cruces, it is exciting to be part of the Electric Light Parade for our very first time,” said Jamie A. Ortega, who founded Hearts of Hope with his sister, Debbie Gonzalez, RN, in June.

“We are looking forward in entering our float, and to be part of our community event,” Ortega said. “We hope the community enjoys it.”

Ortega said nine people, including family and friends, will have worked more than 100 hours on the float by the time it was ready for the parade. Including lights, red, white and blue bunting and American flags, the float follows the parade them of Stars and Stripes Forever.

July 4 celebrates the Continental Congress’ official declaration Thursday, July 4, 1776, that the 13 American colonies were no longer under the authority of Great Britain’s King George III and were “free and independent states,” creating what would become the United States of America.

On July 2 in Philadelphia, the Continental Congress adopted the Lee Resolution, also known as The Resolution for Independence, asserting independence from Great Britain. However, the official declaration wasn’t made until July 4. The resolution was proposed June 6, 1776 by Richard Henry Lee (1732-94), a Founding Father and signer of the Declaration of Independence. Lee served as justice of the peace for his native Westmoreland County, Virginia, as a member of the Virginia House of Burgesses, three times as a member of the Continental Congress, a member of the Virginia House of Delegates, president of the Confederation Congress and a U.S. senator from Virginia.

The U.S. Congress made Independence Day an unpaid holiday for federal employees in 1870. It became a paid holiday by an act of Congress in 1938.

The City of Las Cruces and New Mexico State University are teaming up to host the city’s annual 4th of July celebration, which will be held Saturday and Sunday, July 3-4, the city said.

The city’s annual and much anticipated Electric Light Parade will be held Saturday, July 3. A concert and fireworks will be held Sunday, July 4. The parade is returning after a year off because of Covid-19.

Here is the schedule of events: