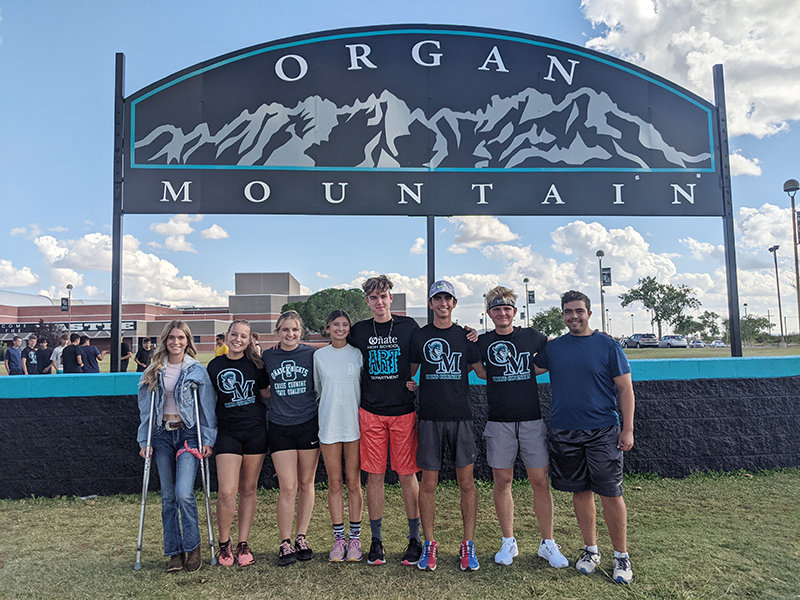 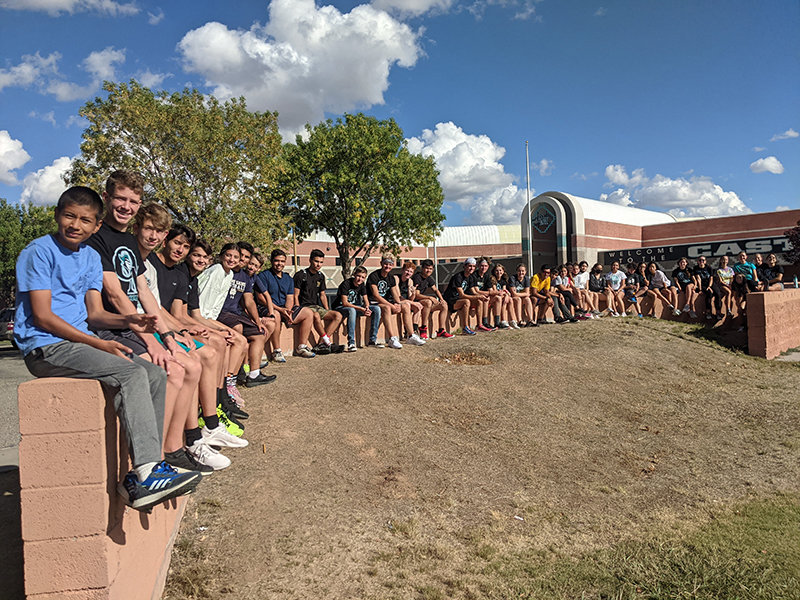 Cross country is the type of sport where you really have to want to do it. The training, the practices and even the races can be pure agony and you are often only doing it in front of your teammates and other runners.

It certainly isn’t football with the crowds, cheerleaders and glory.

“When you are out there hurting on the course, you don’t run for yourself; you run for your team. I think that is how we get our success. It’s so selfless. When you win, you win as a team.”

That’s how Organ Mountain senior Brynn Olsen describes the success the school has had over the years.
Organ Mountain cross country is off to another strong start under the guidance of veteran coach David Nuñez, who has guided the program since 1994.

The boys and girls varsity teams have combined for 24 district championships over the years. The girls have finished as high as third at state and the boys fourth a couple of times.

“I would like to see us continue to get better and progress,” Olsen said. “We have won quite a few meets and I want us to continue doing so by the time we get to district and state, we do great.”

Nuñez said that Organ Mountain/Oñate has established a tradition of cross country success that breeds upon itself with younger siblings seeing their older brothers and sisters run and then coming out for the team when they get to the school.

“We call it our cross country family,” Nuñez said.

Nuñez said he likes to tell his runners that everyone is important and every runner counts.

“Every runner in our program has value and worth.  My goal is to get them to believe in themselves and reach their full potential,” Nuñez said.

“That’s the beauty of cross country,” Nuñez said. “Everyone sees you. You can’t hide. You are out there on the course, trying to help your team and do your best to contribute to your team.”

Senior Andrew Parks said the boys varsity team is motivated by its quest for a fourth straight district championship.

So what is behind that success?

“It’s really our coach,” Parks said. “It has everything to do with him. He has been around. He has been here since the school opened. He understands the sport and is a student of the sport.”

Senior Josslynn Ochoa said that everyone associated with Organ Mountain cross country has “a lot of love in our hearts for our sport and our coach.”

Makaila Hill, another senior on the girls varsity, said the program has a family aspect to it.

“We are really close knit,” Hill said. “Our coach is amazing in pushing us, making sure we are ready to run and injury free.

“It’s a very self-determining sport,” Hill continued. “You have to have the passion to run. It’s very mental. If you don’t have the mental toughness, it will hurt you and you will not enjoy it. Other sports have that glory, but I think we get that glory at the end of the finish line.”

Las Cruces will host the District 3-5A meet on Oct. 30 at the Organ Mountain course. The state cross country championships are scheduled for Nov. 6 at Albuquerque Academy.

Organ Mountain is hoping to taste some glory at both of those big meets.