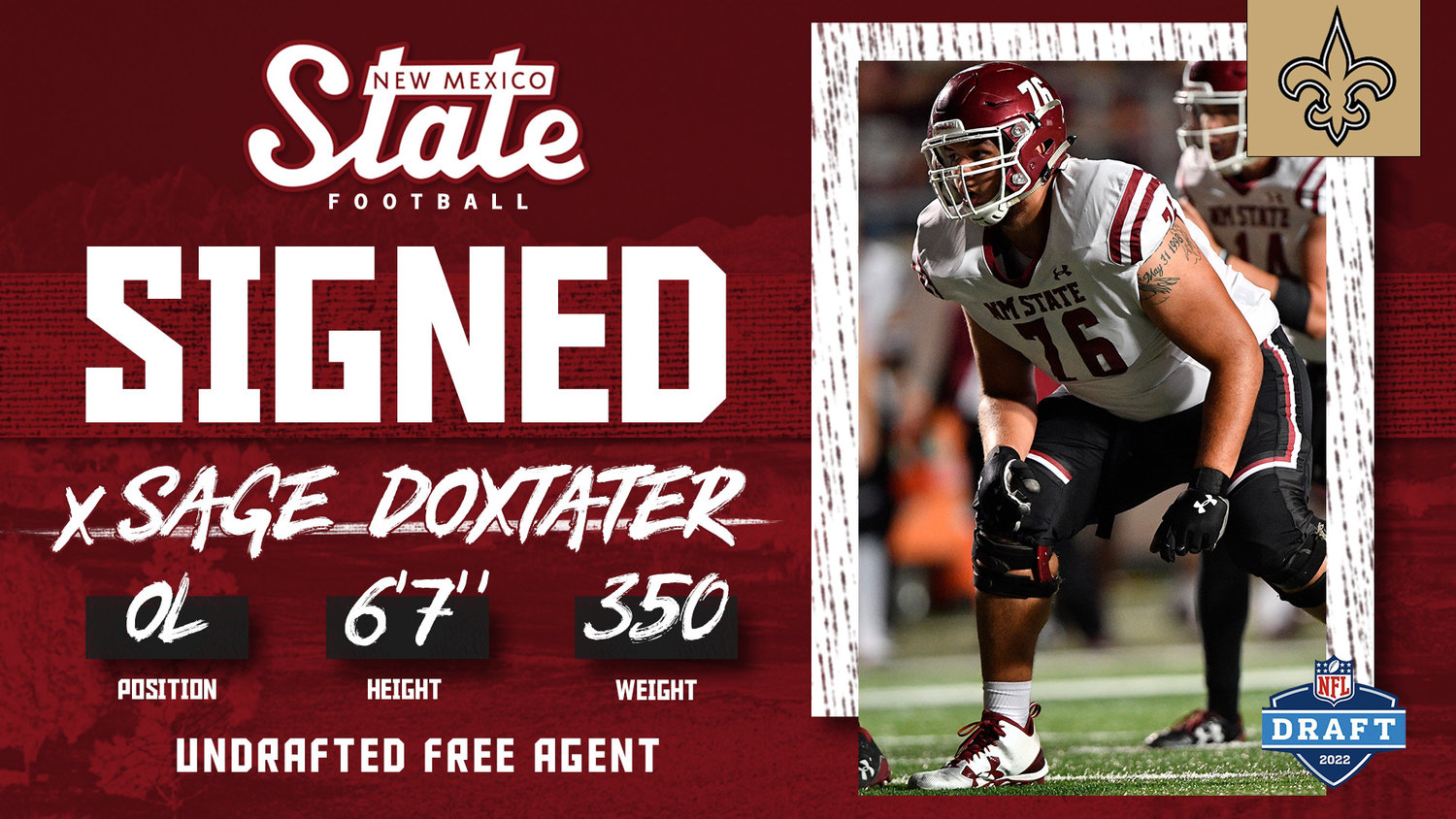 Doxtater earned an invitation to the NFLPA Collegiate Bowl but did not participate. At his pro day in Las Cruces, Doxtater checked in at 6'6" and 317 pounds. The offensive lineman put up 27 reps on the bench press, which would have tied Doxtater for fifth among offensive lineman at the NFL Combine.

Previously, Doxtater was selected 12th overall by the Toronto Argonauts in the second round of the 2021 Canadian Football League Draft, but opted to return to NM State for his additional year of COVID eligibility.