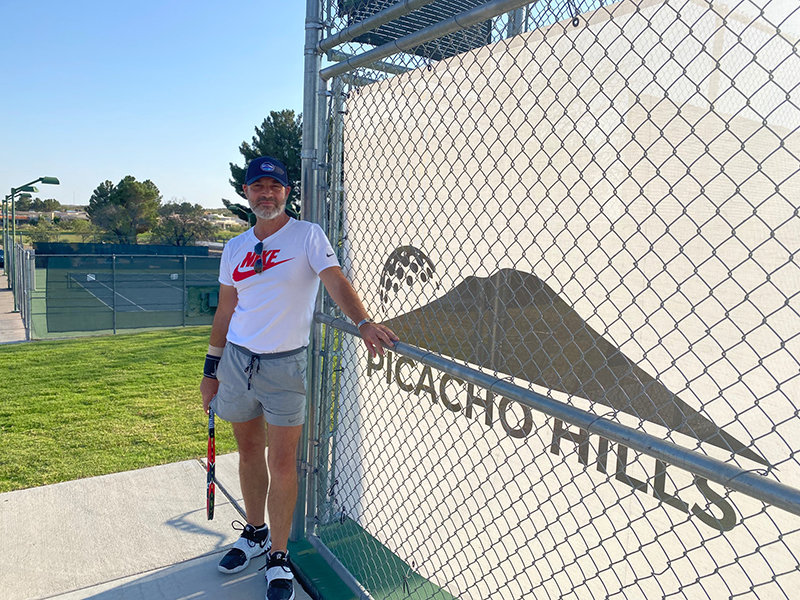 Picacho Hills Country Club has a new head tennis professional who wants to expand the sport and get the word out about the great facilities the club has to offer.

John Hattersley, a former professional tennis player originally from Sheffield, England, arrived at Picacho Hills in early September. And he wants to spread the word about the club, located at 6861 Via Campestre.

Tennis is “really a lifelong sport,” Hattersley said. “The fundamentals are so important. I think it is wonderful for kids, whether they are playing tennis, football or baseball or playing a musical instrument, to become active.”

Tennis is a beautiful game but it is not easy, Hattersley said.

“You can learn some life lessons,” he said. “It is not the easiest game to learn. You work through problems and once you succeed, wonderful.”

He played professionally for several years before severely injuring his back during the Qualifiers at Wimbledon. His top tournament wins were the Under-18s and Under-21s championships at the Hull Open, a tournament that has been won by Pat Cash, a former Wimbledon champion, and Yannick Noah, a former French Open champion.

After he was no longer able to continue his professional career, Hattersley turned to coaching to stay connected to the sport he loves.

He coached in England and then moved to the United States in 1984. He spent 35 years in the Boston area, coaching both on his own and with a couple of prestigious clubs – Tennis 128 in Burlington, Massachusetts, and at the Marcus Lewis Tennis Center in Boston. At the Marcus Lewis center, his players won 185 U.S. Tennis Association-sanctioned tournaments.

“I love the East Coast and Boston but it was time,” Hattersley said about why he relocated to New Mexico. “The weather (in Boston) can be tough on you. It was time for a nicer climate.”

At Picacho Hills, Hattersley is creating a high-performance tennis program for junior players age 4 to 18. He is offering private, semi-private and group lessons for both members and nonmembers. He is also offering lessons for adults.

For information on the tennis program at Picacho Hills Country Club, email Hattersley at hattersleyhpt@gmail.com or call 617-309-7440.