Gus Macker promises a splendid time for all 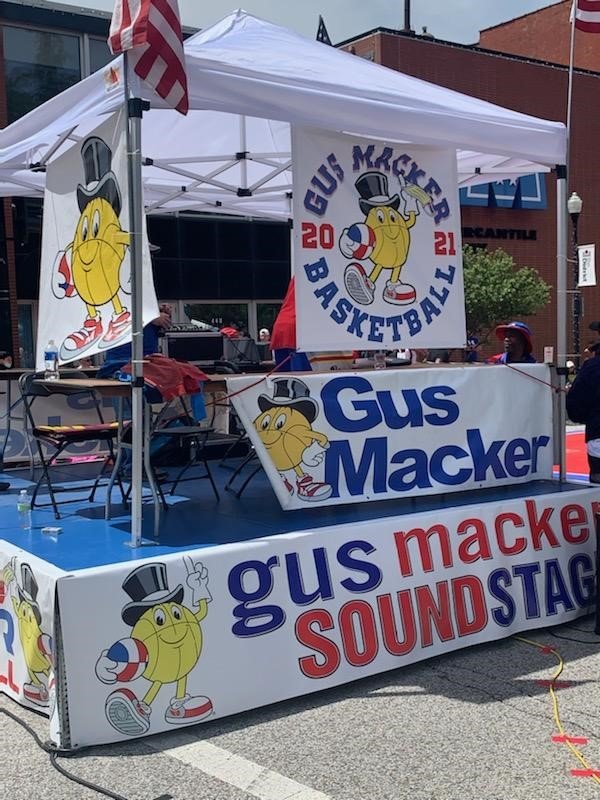 Doña Ana County has hired Anita Skipper, known as Anita Maxwell during her basketball career, to be its new public information officer.

During her playing career, Maxwell was the New Mexico State University’s only All-America selection, earing three Kodak and AP honorable mentions in 1994-96. She also became the first woman in NCAA history to record 2,500 points, 1,000 rebounds and 300 steals. She holds every women’s scoring record at NMSU and is the school’s all-time rebounder. She is also the only NMSU player drafted into the WNBA. She was picked by the Cleveland Rockers with the 29th pick in 1997.

Skipper has a bachelor’s degree in international business from New Mexico State and a master’s in nonprofit management from the University of Texas at Arlington. She is responsible for disseminating the county’s message to the community.

The New Mexico State University women’s volleyball team will begin its season with an exhibition against Texas Tech at noon on Saturday, Aug. 21, at the Pan Am Center.

The Aggies will begin their regular season Aug. 27-28 at the Cactus Classic at the University of Arizona in Tucson. The Aggies will also host the Springhill Suites Invitational at the Pan Am on Sept. 3 and will wrap up the tournament on Sept. 5 with a game against I-10 rival UTEP in El Paso.

The Aggies will begin WAC play on Sept. 23 at Utah Valley and will host the WAC tournament from Nov. 18-20.

We’ve all been cooped up for more than a year and many of us are itching to get back out in the world and experience some semblance of normal.

Well, the organizers of this year’s Gus Macker 3-on-3 Basketball Tournament think they have the perfect event – one that’s full of fun while supporting a great cause.

This year’s tournament will be held Aug. 27-29 and will return to its original site at the Hadley Sports Complex.

“We are going to put on a big old block party,” said Stacie Allen, community engagement manager with Tresco, Inc., the nonprofit partner for this year’s tournament.

Proceeds will benefit Tresco and help it continue with its programs that support and help individuals and families dealing with a wide range of disabilities.

Local businessman Keith Placencio and his company, Kona Ice, are this year’s event organizer. Placencio has been working with the national Gus Macker organization, which bills itself as the largest 3-on-3 basketball tournament in the world. Placencio stepped up to run the Las Cruces tournament because he was afraid it might fall by the wayside after not taking place last year because of the Covid-19 pandemic.

“It’s going back to its roots,” Placencio said. “It will be a true block party and a true family event.”

The tournament will start with a special kickoff event from 4 to 7 p.m. on Friday, Aug. 27 at the Meerscheidt Recreation Center, 1600 E. Hadley.

Teams can pick up their packets then, but there will also be some celebrity basketball games featuring Special Olympic athletes and first responders with the Las Cruces police and fire departments.

It is a way to put the spotlight on Special Olympics, which had to cancel its own Las Cruces basketball tournament because of Covid, Placencio said.

The slam dunk, 3-point and free-throw contests are scheduled for that Saturday, but an exact time hasn’t been determined yet.

There is no admission fee to come out and take  in the competition and fun.

Masks are not required because the event is happening outdoors, but organizers are monitoring the latest health guidelines.

After extending signups to Aug. 16, there are now about 225 teams that are registered to play. Teams will range from grade school to senior citizens, and some teams have former college basketball players among their ranks.

Teams are coming from all over southern New Mexico, west Texas and the Phoenix area.

“There will be some high-caliber teams; the slam dunk contest should be amazing,” Placencio said.

Organizers will be closing off Hadley Avenue from the Maag Ball Park to Walnut. They will put down traveling basketball courts with hoops along the street.

In recent years, the Gus Macker had been held at the Field of Dreams.

This year, that venue is not available because of high school sports.

That is fine with organizers, however. They say there is more shade and more of a family atmosphere along Hadley.

Adding to the festival atmosphere, there will be a DJ spinning tunes, a PA announcer to keep the crowd up to date on tournament results and a special children and family area that will feature inflatables, games and other activities. A $5 fee each day gives you unlimited access to the family area.

There are four confirmed food trucks with more in the works that will be selling their wares.

Sponsorships ranging from $250 to $10,000 are still available, and an army of volunteers is needed for things like setting up, breaking down, doing the brackets, picking up trash and supervising the family area.

Spectators can bring their own ice chests and drinks, but no alcohol or glass is allowed. Tents are allowed but you can’t use stakes. They will need to be weighted down.

The first full day of the tournament is also the same day the New Mexico State University football team will open its season against archival UTEP. Kickoff is 7:30 p.m. at Aggie Memorial Stadium.

For the die-hard sports fan, it can make for a bonanza of a weekend. You can check out the Gus Macker Saturday morning or afternoon, go to the Aggies game and then come back to the Gus Macker on Sunday.

“Let’s have a memorable weekend,” Allen said. “You don’t want to miss it.”

For information on sponsorships and volunteering, call 575-993-1123. Visit macker.com.