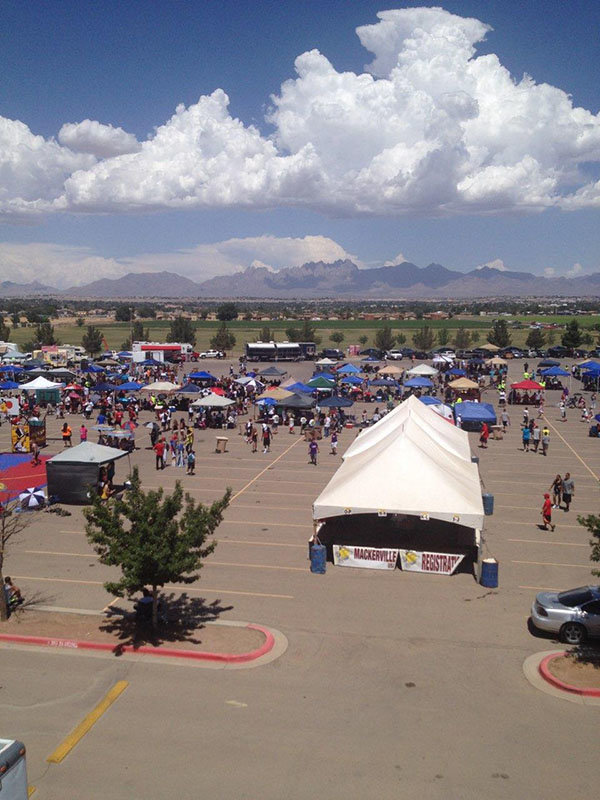 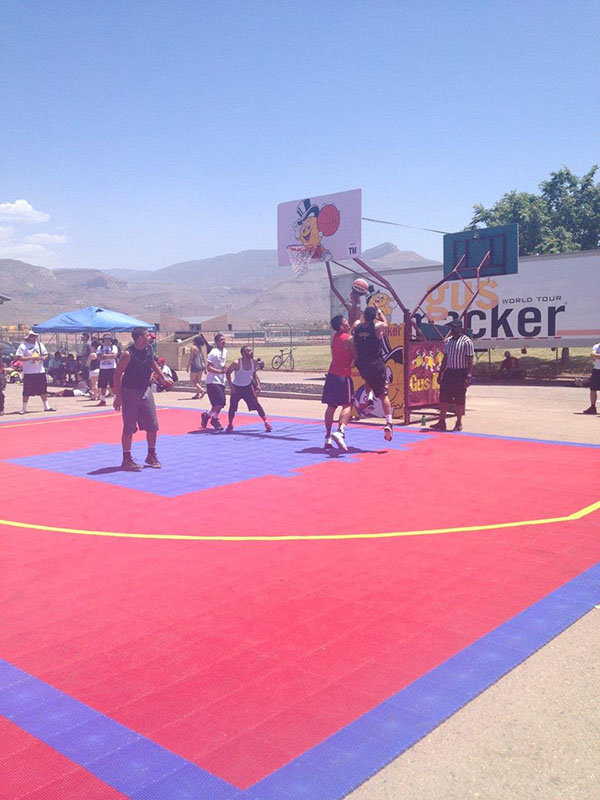 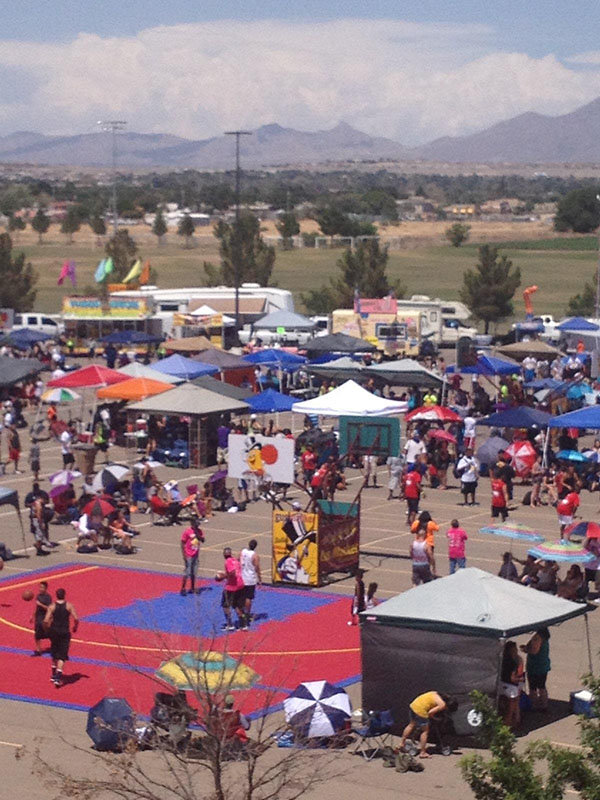 The Gus Macker 3-on-3 Basketball tournament has always been a big event. Here is a look at when the tournament was played at the Field of Dreams. This year, it returns to the Hadley Avenue area.
COURTESY PHOTOS FROM GUS MACKER ORGANIZERS
Previous Next
Posted Friday, July 30, 2021 2:50 pm
By Dave Burge

Update: Signups have been extended for the Gus Macker tournament in Las Cruces until midnight on Monday, Aug. 16. The cost is $148 per four-person team. Visit macker.com to register.

The Gus Macker 3-on-3 Basketball Tournament is back after a year’s hiatus because of Covid, and organizers hope it will be bigger and better than ever.

The tournament will be held Aug. 27-29 along Hadley Avenue. The street will actually be blocked off near the Meerscheidt Recreation Center and portable baskets will be brought out for the event.

In the recent past, the Gus Macker had been played at the Field of Dreams, but this year’s tournament organizer, Keith Placencio, the owner of Kona Ice, thought it would be better if it returned to its roots along Hadley Avenue where there is more shade and more of a family atmosphere.

“We don’t just want it to be for the players,” Placencio said. “It’s been a long year and a half because of Covid and all. We want something amazing for the community to do.”

Placencio had been involved with the Gus Macker tournament in Ruidoso for the past few years and he saw how excited people were to play in and attend this year’s tournament in early June.

He was worried that that the tournament may not be held in Las Cruces so he stepped forward and has been working with the national Gus Macker organization, which bills itself as the largest 3-on-3 basketball tournament in the world.

“People were so excited and happy (at the Ruidoso tournament),” Placencio said. “They hadn’t been out in a year and a half. The energy levels, it was amazing. We need this year in Las Cruces. I thought we couldn’t let it go by.”

The tournament is open to teams ranging in age from elementary school to senior citizens. The cost is $148 for four-person teams and the registration deadline is looming on Aug. 6.

Sponsorship opportunities are also available, ranging from $250 to $10,000.

Kona Ice, which has five mobile shaved ice trucks serving the El Paso and Las Cruces area, has a history of giving back to the community. The company donated about $70,000 in 2018, mostly to local schools but also to sports organizations and other nonprofits,  Placencio said.

Placencio and his wife picked Tresco Inc. to be their nonprofit partner, which will benefit from the tournament. Tresco provides a wide array of services, support and opportunities for people coping with disabilities.

“It is wonderful to see our state and community opening up,” said Stacie Allen, community engagement manager with Tresco. “People are out and about. They are eager to connect with their friends and neighbors again. This is a grand opportunity for the community to come together.”

Placencio is expecting about 300 teams will compete. He also wants to make sure the Las Cruces community knows it is invited to come out and watch the games. There is no charge for spectators.

Three days of basketball will kick off from 4 to 7 p.m. Friday, Aug. 27, with a special welcome event. A spotlight will be on the Special Olympics and their special athletes. About eight or nine teams of Special Olympics athletes will play on the main court that night.

The tournament will get going on Saturday, Aug. 28, and will start at 8 a.m. both Saturday and Sunday. In the afternoon  or early evening on Saturday, there will be a slam dunk, 3-point and free-throw contest. An exact time for the skills contests have not been set yet, but they are always a huge attraction at any Gus Macker event.

Participants will get a T-shirt and goodie bag. There will also be food trucks available and DJs providing music and entertainment.

“This will help the economy,” Allen said. “It isn’t just local. People will travel from around the region to come to a Gus Macker. They will eat, sleep here and support the economy of Doña Ana County.”

Organziers are also looking for a wide range of volunteers, including referees, people to man water stations and pick up trash.