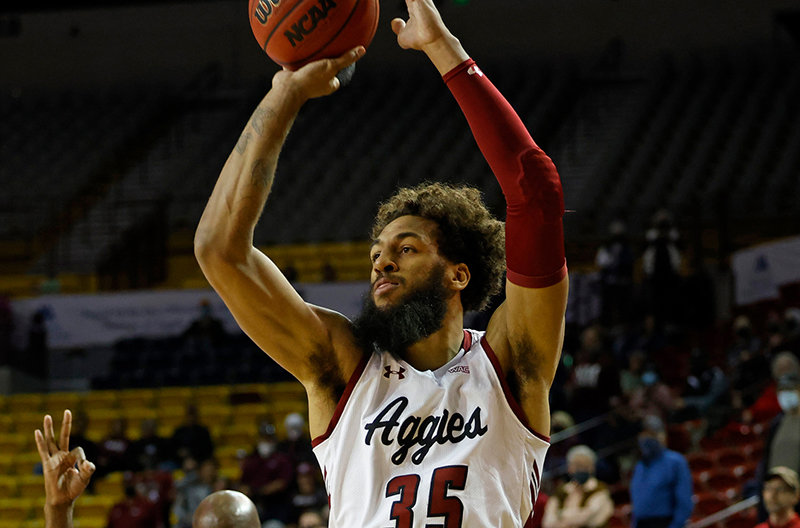 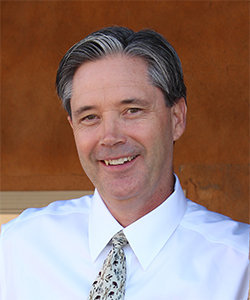 To see him lope down the court, with his unruly beard, and his long hair restrained slightly by a headband, brings to mind the rock guitar legend Jimi Hendrix.

Saturday night, March 5, will be your last chance to see McCants play in the Pan American Center.

Not surprisingly, the 6-7 McCants has been a fan favorite since his freshman year, the local kid who’s been a key contributor for the Aggies since the 2017-2018 season. McCants played his high school ball at Oñate High School.

Statistics, though, are not what has made McCants such a hit with the fans.

At least once a game, you can count on the following from McCants: drawing a charging foul from an opponent, skying for a thunderous dunk – often an alley oop from a teammate, and blocking a shot.

In fact, McCants leads the Western Athletic Conference in blocks, averaging 1.6 per game.

All three of those – the charge, the dunk, the block – bring fans out of their seats. Two of them – the charge and the block, happen on the defensive end, and big defensive plays tend to be momentum changers.

Even when he’s on the bench, McCants is an inspiration. He’s constantly encouraging his teammates, whether it’s a guy who only plays occasionally, or one of his fellow starters, McCants is offering upbeat words and actions. He’ll also motion to the fans to get up and cheer at key moments.

McCants is always fully involved and having fun.

Of course, nothing ever got the Pan Am crowd and Aggie players as excited as what McCants did in January 2019.

If you’re familiar with Aggie basketball, you know whenever we play Grand Canyon University, based in Phoenix, the Antelopes bring a busload of boisterous, purple-clad fans to cheer their team. That was the case Jan. 10, 2019, when they filled an entire Pan Am section. The game was close throughout, and fans on both sides were vocal.

But with 3.3 seconds left in the game, the GCU fans were loudest, as their team held a 75-74 lead and looked to be leaving town with a victory.

The dejected and silent Aggie fans watched as a Grand Canyon player stood at the free-throw line hoping to pad the lead.

But the shot bounced off the rim in the direction of McCants. He rebounded the ball about 80 feet from the Aggies’ basket, took three dribbles and launched a shot from beyond half court. All the fans in the building held their breath as the ball floated and hung seemingly forever before it punched into the basket for three points at the buzzer, giving NMSU a 77-75 victory.

The silence lasted another halfa beat while Aggie fans processed what just happened.

Then everyone went totally nuts, especially the NMSU players who all made a beeline directly to McCants, mobbing him in jubilation.

After I finished my own cheering, I looked to the GCU section. Not a single Antelope fan was left. They must have set some sort of record getting out of the arena.

That pre-Covid 2019 Aggie team was the last Jans team to compete in the NCAA tournament, and almost upset Southeastern Conference power Auburn in the first round, falling 77-78.

As of this writing, the Aggies are 23-5 and 13-3 in conference play with two tough home games remaining. Then they must navigate the WAC tourney in Las Vegas, needing to win the tournament to make it back to the NCAAs.

The regular season finale Saturday, March 5, in the Pan Am, which tips off at 7 p.m., will be Senior Night for McCants and fellow Aggie veterans Clayton Henry and Donnie Tillman. They, and all the Aggies, could use a big crowd to help them to victory and go into the post-season on a high note.

While I can’t guarantee McCants will win the game with a 50-footer, I can guarantee he’ll do a few things to give his teammates and many fans something to cheer.