Hogan came back from a crash. Can Tiger? 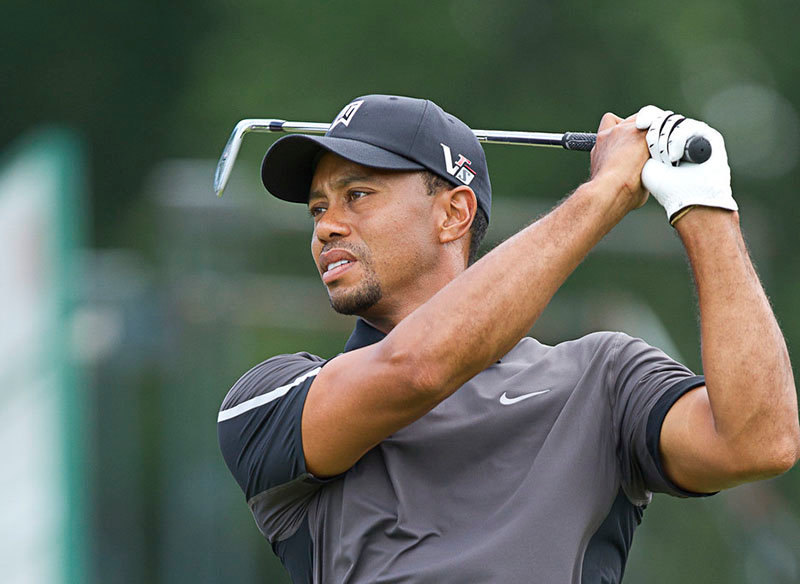 On the morning of Tuesday, Feb. 23, the sports world --  the whole world for that matter -- was jarred by the breaking news that Tiger Woods had been critically injured in a single-vehicle rollover car crash in suburban Los Angeles.

According to a local resident of Rolling Hills Estates, who heard the crash and walked to the scene, Woods was unconscious. First responders arrived at 7:18 am and found Woods to be conscious, “lucid” and able to answer questions. He was determined to be “not impaired.”

It is immediately striking to anyone who has looked at the photos of the smashed SUV lying on its side in a wooded ditch that Woods was lucky to survive. He suffered serious injuries to his right leg, ankle and foot that required multiple surgeries, along with “pins, screws and rods.”

The previous week, Woods had been hosting the Genesis Invitational PGA tournament, which benefits Woods’ foundation. He didn’t play, but he remained in the area for some appearances following the end of play Sunday.

He was heading for a video shoot Tuesday, driving along a winding stretch of Hawthorne Boulevard, known to be a dangerous and accident-prone stretch of road. Reports of the accident stated that Woods’ SUV hit an upright sign, crossed a center divider, traveled 150 feet across a shoulder of the road on the other side, through shrubbery and an uprooted tree, before coming to a stop, resting on the driver’s side. Woods recovery will be long and arduous.

Almost immediately after the news flash of the crash, golf historians and golf media pundits began drawing similarities between Woods’ accident and the car crash that nearly killed Ben Hogan 72 years ago, also in February.

In February 1949, Ben Hogan was indisputably the number-one golfer in the world, having already won twice a month earlier, and coming off a 10-win season in 1948. Since the end of World War II, he had collected 37 tour titles. Hogan, 36, had finished playing a tournament in Phoenix, as he and his wife, Valerie, drove their new black Cadillac sedan east to return home to Ft. Worth.

They were traveling east on a fog-shrouded, icy road, just 37 miles east of Van Horn, when a westbound Greyhound bus tried to pass a truck in the blind fog and slammed head-on in to Hogan’s Cadillac. Hogan was going 25, the bus was going 50 mph. Hogan later recalled that he only saw “four headlights blinking at me.”

In an instant, Hogan hurled his body across the front seat to shield his wife, saving both their lives. Valerie had only minor injuries, but Hogan’s were quite serious, including a fractured collarbone, a double pelvis fracture, a broken ankle and cracked ribs. The crumple car revealed that the engine block had rocketed back into the cab, ramming the steering wheel through the driver’s seat, which Hogan was not in at impact.

Hospitalization and rehabilitation following the accident was long, painful and difficult. Blood clots developed in Hogan’s legs, endangering his heart, a matter he had to face for the rest of his life. But a determined and stubborn Hogan returned to competitive golf an amazing 11 months after the accident. He then managed to win 13 PGA tour events, including six majors, for his career total of nine major championships.

In June 1950, playing the U.S. Open at Merion C.C., just outside Philadelphia, Hogan hit one of golf’s most legendary shots, with a 1 iron, to the 18th green, and two-putted for par. He won a three-way playoff the next day. That win became known as the “Miracle at Merion.”

Still, the real miracle was the one at Van Horn. Hogan’s incredible post-crash play was encapsulated in the 1953 season, where he won five of six events, including three majors: the Masters by six strokes, the U.S. Open by six and the Open Championship by four. Hogan’s was the greatest sports comeback of all time.

It remains to be seen if Tiger can make a similar Phoenix-like rise from the ashes of his crash last month.