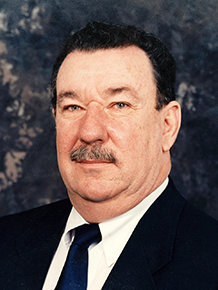 Joseph Fries went to be with the Lord on May 26, 2021, at the age of 78 after a courageous battle with cancer. He was born in Houston, Texas, to Max and Alma Fries. Joe was married to Sue Fries and they were a loving devoted couple for 43 years. They lived a life of love, family, work and service. Joe served 41 years with National Aeronautics and Space Administration (NASA). He began his career in September 1963 at the Manned Spacecraft Center in Houston, Texas, as a cooperative education student. After graduation from the University of Houston in May 1966 with a bachelor of science degree in mathematics, he continued his career with NASA in the Propulsion and Power Division contributing to the development of the Apollo spacecraft and the Space Shuttle orbiter propulsion systems.

Joe transferred to the NASA White Sands Test Facility (WSTF) in January 1978 and served in various positions. From January 1998 until his retirement in July 2003, Joe served as the manager of White Sands Test Facility and directed a broad program encompassing developmental and operational tests of spacecraft materials, components and propulsion systems. Upon Joe’s retirement, the WSTF folks said, “Joe was a leader, manager, engineer and friend. His stay at WSTF had made it a better place and each of them a better person.” What a kind compliment from those that worked with him.

Joe has been recognized throughout his career with numerous performance and achievement awards including the Johnson Space Center Certificate of Commendation, the NASA Exceptional Service Medal, the NASA Outstanding Leadership Medal, the NASA Distinguished Service Medal and the Meritorious Executive Presidential Rank Award.

As a lifetime learner, Joe also encouraged NASA to promote many science activities for the Las Cruces Public Schools students. He was helpful in the development of the science magnet program and promoted a science educational outreach for the elementary classrooms.

Joe was a founding member of the Mesilla Valley Shotgun Sports. He served on the board as secretary and treasurer until the time of his death. He enjoyed shooting sporting clays. A host of other hobbies were enjoyed by him. He was an avid hunter and loved to tie flies for fly fishing. Joe also had a group of fellow bird hunters that he had lunch with every Thursday. That was his “lunch bunch.” He was their navigator on the trips to hunt out of state. He loved Willie Nelson, bluegrass, country music and dancing. He could really “cut a rug”!

Anyone who knew Joe enjoyed his smile, warm personality, love of people, compassion for others, his sense of humor and his all-around good guy persona. He was the patriarch of his family and got his greatest joy when the family was all together. He was a kind and loving husband as well as a father, brother, grandfather and great grandfather. His steadfast example of what it is like to be a head of the family, as well as a good friend to many, will truly be missed.

Joe is survived by his wife Sue Fries of Las Cruces, New Mexico, his former wife Connie Scott, of Dallas, Texas,  who is the mother of his children, a sister Diane Fries of Palestine, Texas.  He is also survived by his children and their families to include Kenneth Fries( Najaci ) of Fort Collins, Colorado, Shannon Peck of Frisco, Texas, Adam Fries (Meredith) of Crestone, Colorado, Tom Deale (Annemarie) of McLean, Virigina and Monica Rico (Dustin) of Las Cruces, New Mexico. His grandchildren include: Hunter Fries and Maddison Joseph (Tony), Ethan and Owen Peck, Sol and Diego Fries, Alee Rico, Caroline and Celeste Deale. He is also survived by one great granddaughter, Isabel Joseph.

Joe was preceded in death by his mother, father and four brothers; Max, Maurice, Leon, Alvin and his son-in-law Anthony Peck. A celebration of Joe’s life will be held at University United Methodist Church on Friday, September 3 at 11:00 a.m.

Memorial contributions may be made to the following charities or a charity of your choice: University United Methodist Church; Mesilla Valley Hospice; and Mesilla Valley Shotgun Sports for Youth events

Faith does not make things easy, it makes them possible. Luke 1:37

Service arrangements have been entrusted to the care of Baca’s Funeral Chapels of Las Cruces and Sunset Crematory, 527-2222. Your exclusive provider for “Veterans and Family Memorial Care.” For online condolences, logon to www.bacasfuneralchapelslascruces.com.