Kill: Not worrying about past, just wants improvement every day 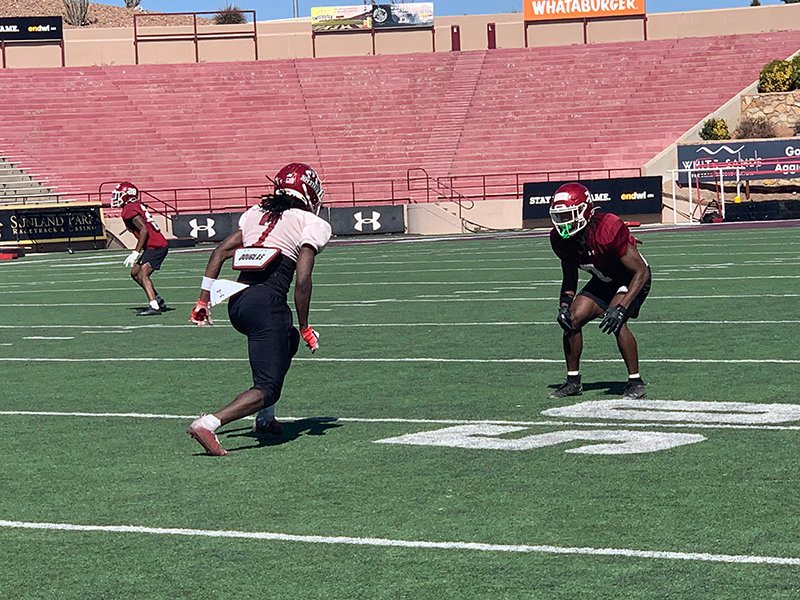 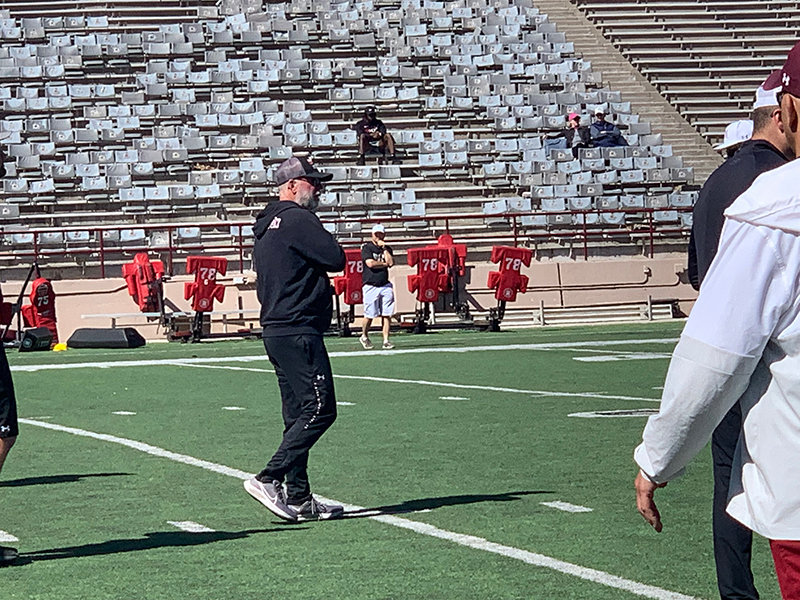 New Mexico State University football coach Jerry Kill isn’t buying it – that he’s at one of college football’s most difficult places to win.

“I haven’t been here, so I don’t know if it is a hard place to win football games yet,” he said after leading his team through spring practice drills at Aggie Memorial Stadium.

“I just come here to coach, teach and see whatever happens and try to give the community … It’s the community’s team,” he continued. “I just try to be who I am. I don’t worry about what’s happened in the past.”

Kill has a well-deserved reputation for turning around struggling programs – most notably at the University of Minnesota in the Big Ten.

Kill and his staff are wrapping up their first spring practice with their new team and he likes what he sees so far.

He sees improvement every day and loves the effort from his players.

“One step at a time,” he said. “One day at a time. That is the way you do everything in life. If you look too far ahead, you forget what you are looking at. We aren’t guaranteed tomorrow. We are guaranteed today. Whatever we can do today to get better, that is what we control.”

One of the big things the Aggies have been working on is what Kill calls “alignment and assignment,” lining up in the right spot and knowing what you need to do.

“If you can’t get lined up and don’t know your assignment, it is pretty difficult to play,” he said. “I don’t care how good you are.”

The NCAA allows football programs 15 days of spring practice, which is critical especially for a new coaching staff coming in.

Beck echoes some of Kill’s philosophy. What he wants to see is improvement each and every day.

“Don’t worry about where we are at,” Beck said. “Just try to get better than the last day.”

The Aggies have two final practices scheduled for 10 a.m. Saturday, April 9, and Tuesday, April 12. The public is welcome to attend.

The spring game is set for 7 p.m. Thursday, April 14 at Aggie Memorial. There is no cost to watch practice or attend the spring game.

“The spring game is not as important for us (coaches),” Beck said. “We have gotten most of our work done. It is for the players, for the players to have fun, have some excitement, get the crowd involved and have them be enthusiastic about the fall.”