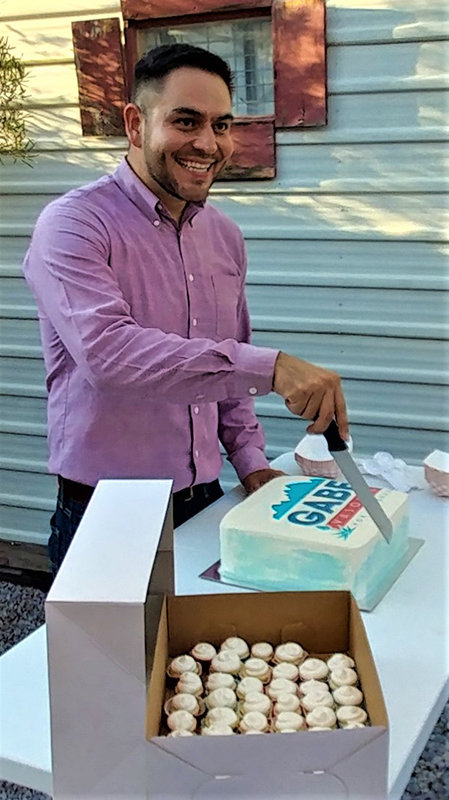 Las Cruces City Councilor Gabe Vasquez cuts the cake Saturday afternoon, Sept. 18, that was part of his announcement celebration as Vasquez declared his candidacy for the U.S. House of Representatives New Mexico District 2, which includes Las Cruces and all of southern New Mexico. The seat is currently held by Republican Yvette Herrell of Alamogordo. The Democratic and Republican primaries will be held in June 2022 and the general election in November.
Bulletin photos by Mike Cook 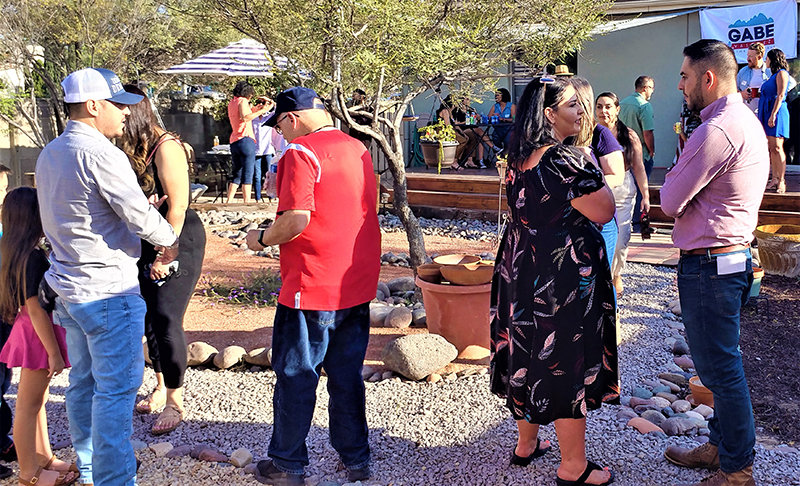 Las Cruces City Councilor Gabe Vasquez made it official during a celebration event Saturday afternoon, Sept. 18: He is running for Congress in New Mexico’s Second Congressional District, which includes Las Cruces and all of the southern part of the state.

Incumbent U.S. Rep. Yvette Herrell, R-N.M., “is doing her best to demonize black and brown people,” Vasquez said at the event. Herrell, he said, “can’t be the future of this community. I refuse to let her continue to represent this district without a fight.”

Vasquez, 36, was elected to the city council in 2017. He announced earlier this year that he will not see re-election to the council.

A native of El Paso, Vasquez is a project director for the Western Conservation Foundation. He is a first-generation Mexican American whose parents were migrant workers. Vasquez grew up in Juarez and El Paso and has lived in Las Cruces since 2002. He graduated from New Mexico State University in 2008 with a bachelor’s degree in English with a minor in journalism and public relations.

His professional experience includes working as the business editor of the Las Cruces Bulletin, executive director of the Hispano Chamber of Commerce de Las Cruces, vice president of public relations for a local medical monitoring device company, and as an aide to U.S. Senator Martin Heinrich, D-N.M. Vasquez also worked in Washington, D.C. as a communications director and public policy expert for a nonpartisan children’s advocacy organization.

If elected to Congress, Vasquez said his priorities will include immigration reform, raising wages for the working class, fighting against climate change and increasing funding for childcare and education.