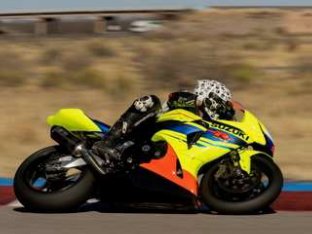 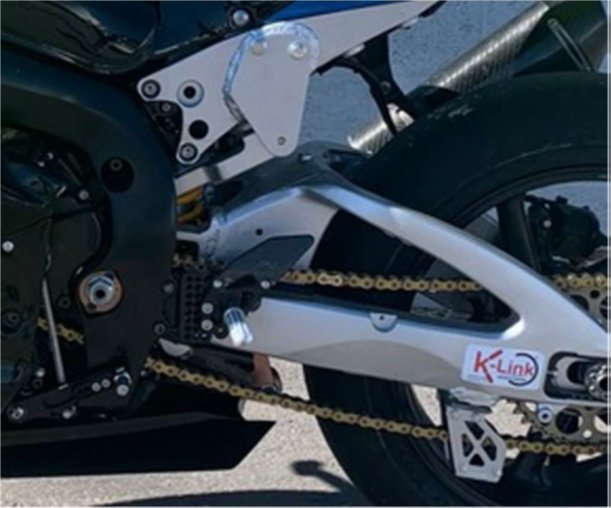 A motorcycle rear suspension design currently under evaluation “has shown it can provide significantly faster lap times for racing as well as offering beneficial safety improvements to all chain-driven motorcycles,” the designer, Michael Roseborrough of Las Cruces, said in a news release.

Roseborrough’s K-Link design “virtually eliminates squat (the tendency of the rear of the bike to move downward relative to the main bike chassis) during acceleration and improves overall handling and stability by means of a mechanical link system that requires no electronic intervention,” the news release said. “It is currently in Patent Pending status,” Roseborrough said.

“The design essentially replaces the traditional swing arm with a four-bar linkage-based suspension that optimizes traction of chain driven motorcycles during acceleration,” Roseborrough said. “Other suspension modification systems use electronically controlled actuators to change suspension geometry and ride height. The K-Link system uses a much simpler and more cost-effective approach to solve the problem,” he said.

“This is a simple approach to an issue that faces all motorcycle racers,” Roseborrough said. “Upon hard acceleration, chain-driven motorcycles naturally induce squat and thus lighten the load forces on the front suspension. The reduction of traction on the front wheel makes the motorcycle harder to control and is especially critical when accelerating out of a turn.”

Roseborrough said his suspension system is so effective, “wheelies” are almost impossible to initiate.

The system is currently under evaluation by several major motorcycle manufacturers, he said. It has been fitted onto a Suzuki GSX-R1000 high performance bike, which has been highly modified for racing and has a full suite of on-board instrumentation for testing on tracks in the Southwest.

“I turned the fastest lap I’ve ever had at the Arroyo Seco racetrack when testing the modified Suzuki,”