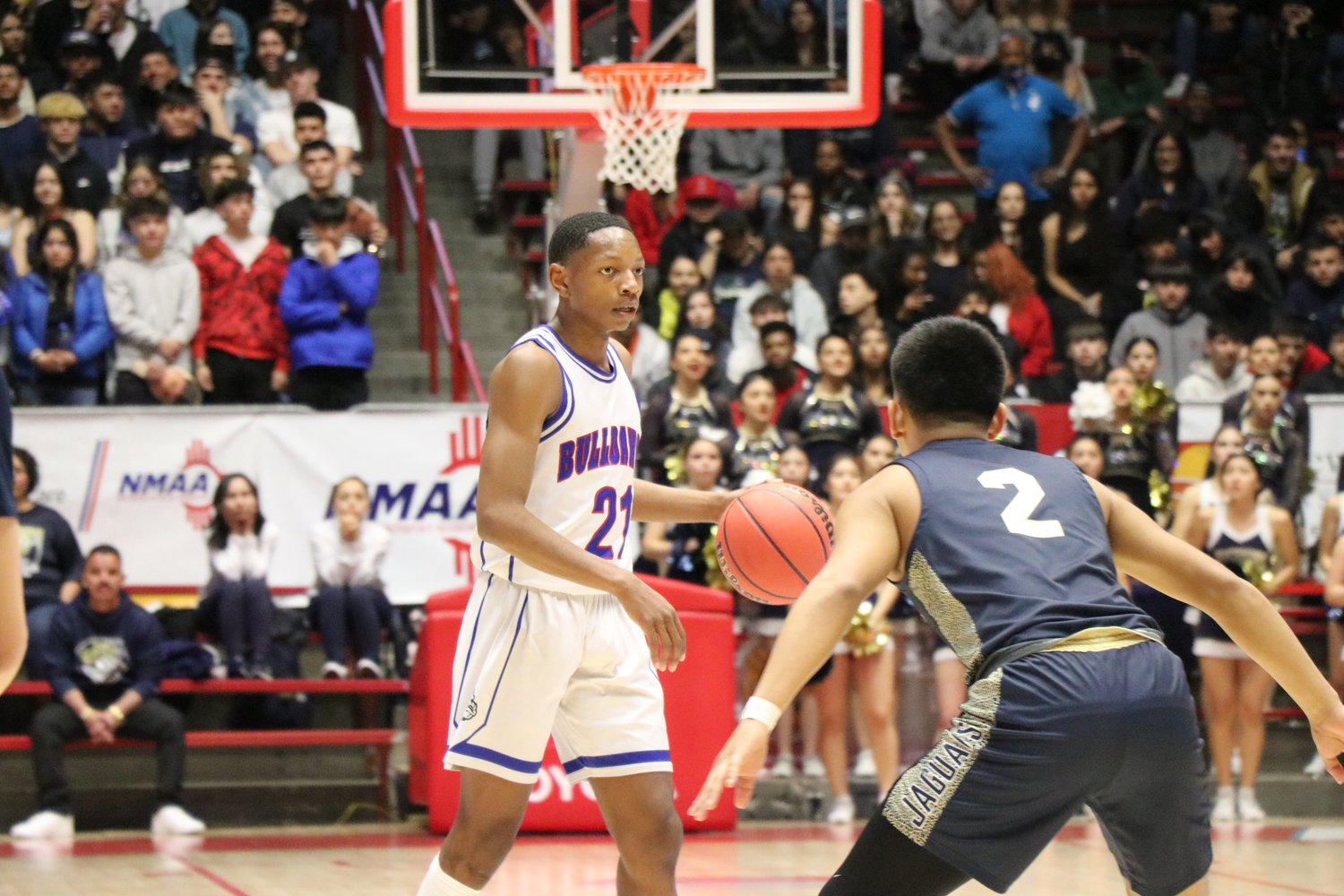 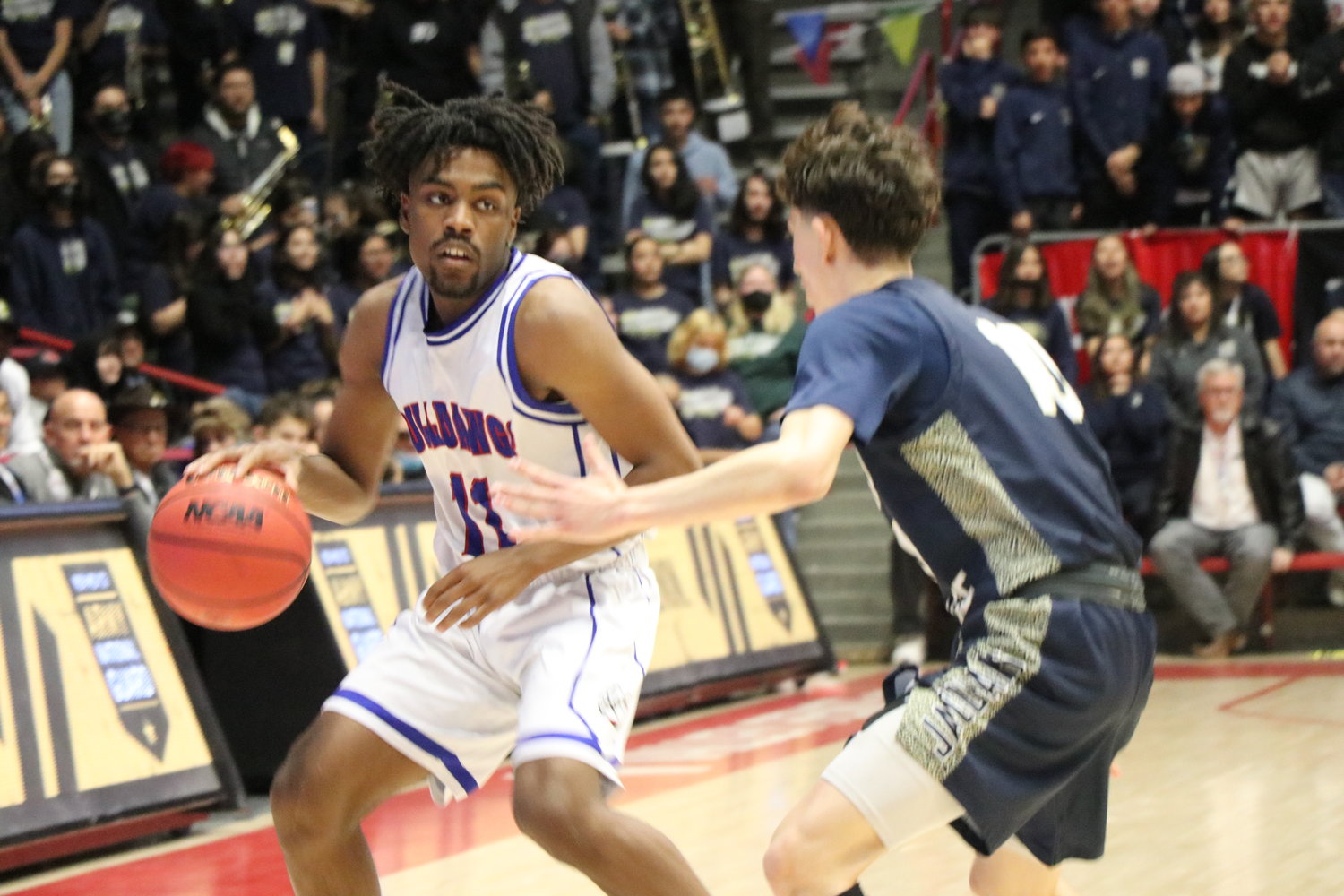 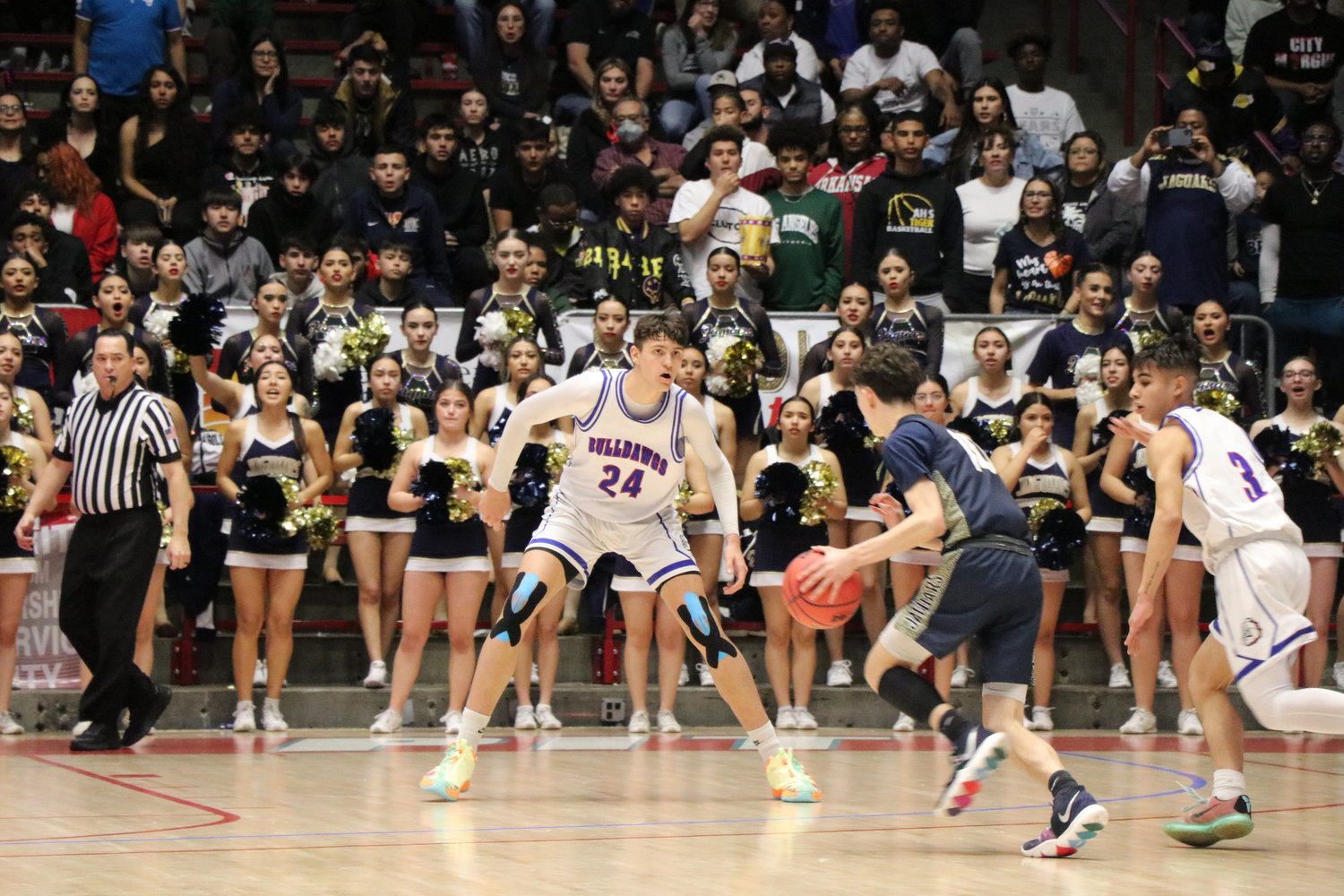 The Las Cruces High boys basketball team survived quite a scare in the state 5A semifinal round and beat Atrisco Heritage Academy 50-45 at the UNM Pit Friday afternoon, March 11.

Las Cruces was seeded No. 1 and Volcano Vista No. 2, though the Hawks were ranked No. 1 by MaxPreps for most of the season.

Las Cruces trailed at the half 17-15, and stared down a deficit at the break for the first time this season.

Now, the Bulldawgs are just one game away from their goal for the season – making it back to the state championship game for the third straight year and this time finishing with a victory, after losing last year in the title game to Cleveland High of Rio Rancho.

“We have a great, great opportunity against a very well coached and very good team,” Las Cruces coach William Benjamin said. “They (Volcano Vista) aren’t going to get flustered. They will be together. Volcano is a helluva team and they will come ready to play. If we come out like that (like we did in first half against Atrisco), and get flustered, they will blow us the hell out.”

Benjamin said his team got “flustered” and stayed flustered for too long against an Atrisco team that played a physical brand of defense.

Besides playing against a very physical Atrisco team, the Bulldawgs faced what amounted to a road game on a neutral court. The crowd was largely made up of Atrisco fans and students, including their band and cheerleaders.

“Where you been the past 25 years? It is always like that when you come up here from the south,” Benjamin said.  “We know where we are. Our fans will be here tomorrow on Saturday. People have to work. It was snowing in Cruces. We are supposed to understand that and play through that.”

Benjamin said their defensive effort over the course of 32 minutes was the key.

“We have been solid defensively all year,” he said.

Kaden Self, who coach William Benjamin, calls the “glue guy” for the Bulldawgs, finished with six points, six rebounds and two blocks.

Carr said they have been pointing to a return trip to the state final and a chance to play against Volcano Vista.

“We have been hungry for this ever since August,” Carr said. “We have grinded together as a team; we have played through it as a team. We are back (in the state championship game) and want to finish it off.”