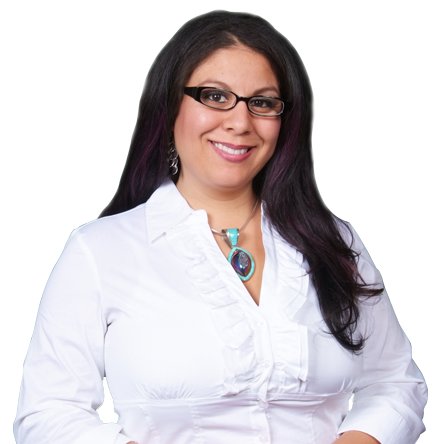 Laura M. Montoya was in Las Cruces in May as part of her campaign for the nomination for state treasurer in the June 7 Democratic primary.

Montoya, who lives in Rio Rancho, is squaring off against Heather R. Benavidez in the Democratic primary. The winner will oppose Republican Harry B. Montoya, who has no primary opposition, in November. The general election winner will succeed Democrat Tim Eichenberg as New Mexico’s 30th state treasurer next January. Eichenberg, a former Albuquerque state senator, was elected state treasurer in 2014 and re-elected in 2018. He is term limited.

Montoya said she is visiting every New Mexico county as part of her campaign, and, if elected state treasurer, will provide equal service to all counties and communities in the state, both rural and metropolitan. Her visit to Doña Ana County included a stop in Anthony, New Mexico, she said.

Montoya was born in Las Vegas, New Mexico, and grew up in San Miguel and Mora counties.

She began her career in government in 2001, working for state Sen. Pete Campos, a Las Vegas Democrat and member of the state Senate Finance Committee.

The duties of the state treasurer are “very similar” to those of a county treasurer, Montoya said.

The five functions of the state’s county treasurers and the state treasurer are to protect, collect, invest, distribute and report, Montoya said.

The state treasurer’s statutory and constitutional duties also include working with state boards and commissions to manage and invest state funds, she said. Those appointed bodies include the state Board of Finance, New Mexico State Investment Council, Public Employees Retirement Association of New Mexico (PERA) and state Educational Retirement Board (ERB).

Montoya said she, her father and brother are PERA members, and her mother is an ERB member, and she understands the importance of keeping those programs’ funds safe and earning good rates of return.

Montoya also served as chair of the New Mexico Association of Counties’ Treasurer’s Affiliate, guiding the passage of 22 bills through the state Legislature to remove tax loopholes; improve the efficiency of tax collections and the equitability of taxes; assist veterans, seniors and the disabled; and expand investment opportunities for counties, Montoya said in a campaign news release.

She also was in appointed leadership positions with the National Association of Counties, according to her campaign website.

Montoya’s supporters in her campaign for state treasurer include Doña Ana County Treasurer Eric L. Rodriguez, who served with her on the Treasurer’s Affiliate.

In her capacity as Treasurer’s Affiliate chair, Montoya was very helpful to him with policy development and best practices, Rodriguez said, adding that he appreciates “her ability to make things happen.”

As state treasurer, Montoya said she wants to expand financial literacy in New Mexico schools, where such courses are not currently required.

“I want kids to start thinking bigger, better, brighter for themselves,” she said.

Montoya said she also in advocate for a state bank, which she said could be a great benefit to local banks and provide investment “in our own communities.”