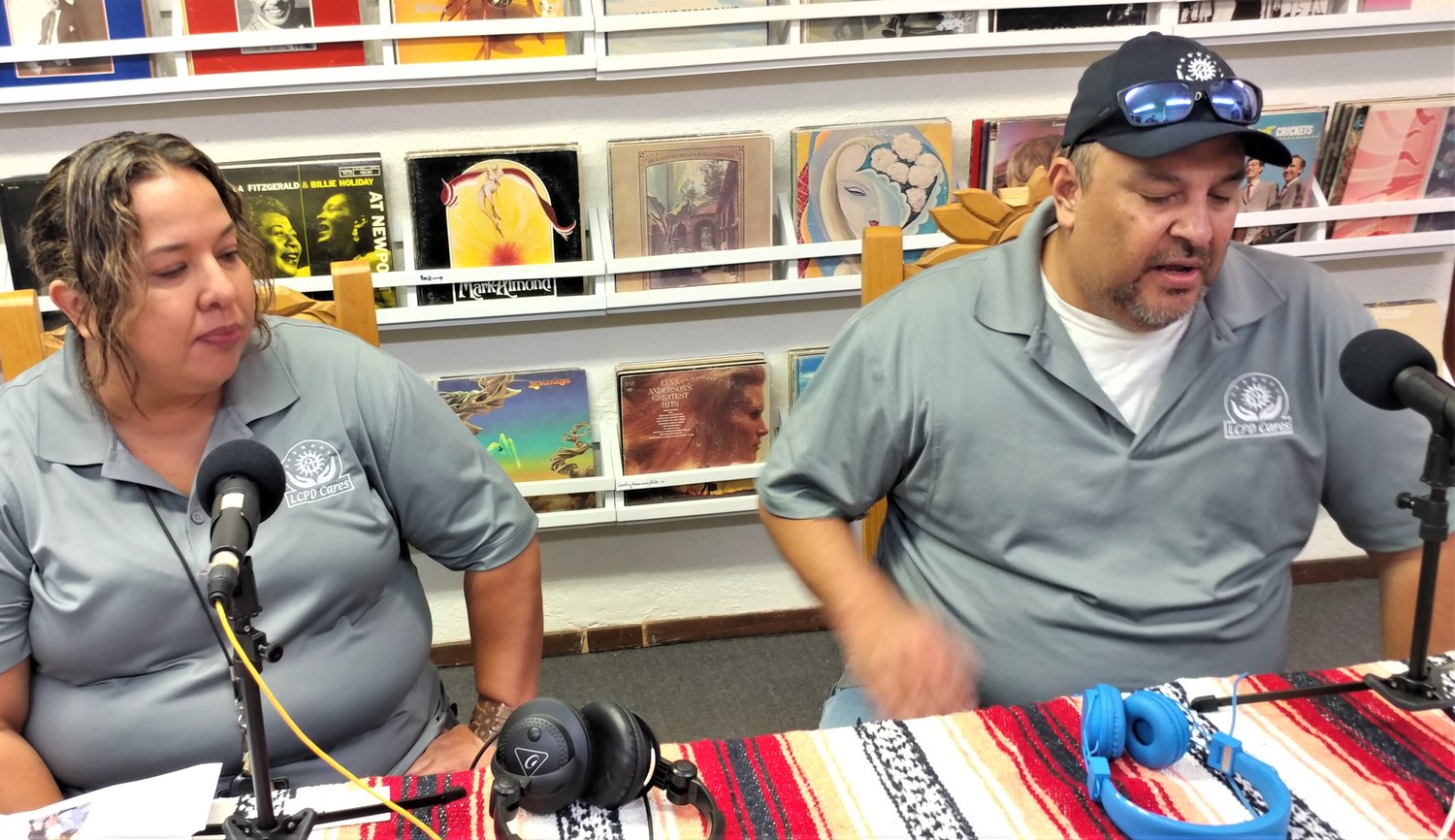 The Las Cruces Police Department’s LCPD Cares Program is in its seventh month of operation, with two civilian community advocates working to strengthen the relationship between city police and the community and help people in crisis connect to the services they need.

You will see Cares Program community advocates David Sarabia and Grace Telles at the downtown Farmers and Crafts Market of Las Cruces, the city’s Movies in the Park program, local job fairs, Las Cruces Public Schools classrooms, community awareness events and special events such as the recent National Night Out, talking about the services they provide.

“When a critical incident happens, we go into the neighborhood, address questions and concerns and do referrals,” Sarabia said during a July Zoom meeting of LC3 behavioral health collaborative.

“When you have people in crisis or people who are concerned about what’s going on with the police department, questions about the status of their case, they can reach out to us to help them resolve those issues,” Sarabia said.

After a recent suicide, for example, Sarabia and Telles went door to door in the neighborhood where the death occurred to make sure that not only the victim’s family but also the people who live nearby were doing okay, and to connect them with the services they might need to deal with the trauma, Sarabia said.

On another occasion, Sarabia and Telles met with a woman who had witnessed an incident of domestic violence and was concerned about the safety of her young son. Sarabia and Telles were able to provide the woman with trauma-informed care and connect her with the resources she needed.

When responding to families that police officers have identified as needing help, Sarabia and Telles can connect them to a wide range of community services. If the family doesn’t have food, for example, Sarabia and Telles can help them get food immediately, and also connect them to Casa de Peregrinos emergency food bank and the Supplemental Nutrition Assistance Program (SNAP) for longer term stability.

The two also follow up on missing persons cases and unattended deaths and do regular welfare checks and compassion visits when a family member has died, Telles said.

“How can Grace and I help?” is Sarabia’s question to the people they meet with, he said.

Sarabia has been with LCPD for the past three and one-half years, he said. He worked in the department’s victims’ assistance program before joining the LCPD Cares Program. Telles was supervisor of the Doña Ana County Juvenile Diversion Program before she joined LCPD Cares.