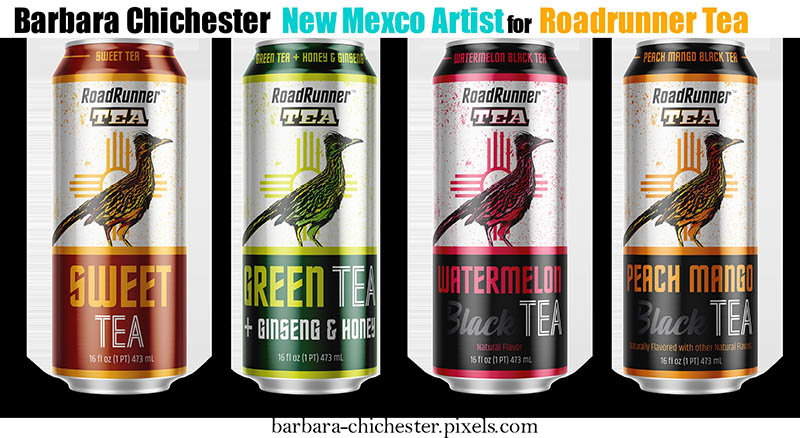 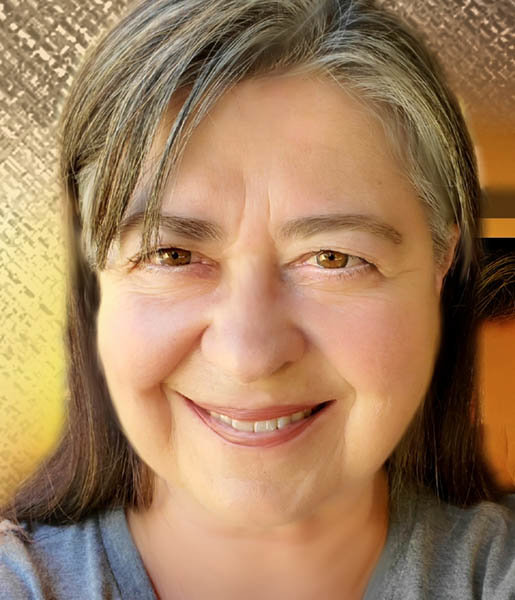 Barbara Chichester, a Las Cruces artist, was chosen by Admiral Beverage as the artist for the new beverage product Roadrunner Tea, launching in New Mexico now.

The manufacturer intends to take Roadrunner Tea nationwide following the New Mexico launch. Chichester's artwork was chosen for its symbolism and art style.

She was contacted by the beverage manufacturer in October 2020 and, after finalizing the purchase of the rights to Chichester's art for the logo, the company went into high gear to develop the product.

“They contacted me on my art site and said they wanted to develop this product,” she said. “They told me they were very interested in my artwork and felt that it was just New Mexico all over the place, so it was just a whole situation – kind of cool.”

The legal teams got together, and they bought the rights to the piece now being used on the cans. Chichester said the tea is coming out in Pic Quik stores now and will be coming out at other locations soon.

Not having a local studio or local retail outlet for her art, Chichester sells solely from her website at barbara-chichester.pixels.com. She said if someone in the local area wants her art, she can do special requests.

“Mostly I sell from the site,” she said. “Europeans are big on art of the Southwest. I sell a lot in Europe.”

Chichester said she sold a huge print once of a giant Coors beer sign to a pub in Ireland.

Art is her first love, she said. She approaches much of her work starting with photography. Creating art since 2012, she developed her own technique she calls paintography.

Sometimes, it will be a digital painting and sometimes, she paints on her photographs.  On her site, the art is made into all sorts of things, available as posters, furniture and handbags.

“When you photograph something, you really see it,” she said. “When I do portraits of pets, I get really familiar with them. I make my own textures and sometimes will layer the textures. I have some software programs I use. It’s all mixed media. It works for me.”

Chichester retired from her work as a commercial real estate broker and began to pursue her “heart’s desire” of art. Doing it as a hobby has now turned into a business she loves.

Having lived in Las Cruces off and on for 20 years, Chichester and her husband finally settled down here permanently.

“Once you’re here, it grows on you and you can’t leave,” she said. “The rule is you are only allowed to tell one person about this place.”

The design of the can itself was carefully thought out to reflect life in New Mexico, according to a release from Admiral Beverage.

“The roadrunner bird displayed on our can is the New Mexico state bird,” the release said. “The Zia symbol also proudly exhibited in the design has several references to sets of four including the four seasons of the year, four times of day and the four seasons of life. Admiral Beverage couldn’t think of a better symbol to represent the four delicious flavors of tea.”

Admiral Beverage is a family-owned company that distributes and produces many products, said Admiral Beverage General Manager of Las Cruces Steve Liddell in the release. Consumers are familiar with Molson Coors, Red Bull, Dos Equis and many other products the company delivers to its retail partners.  It also produces and sells Aquavista water.

“Packaging graphics is very important and need to represent the look and feel of the product,” she said.  “We googled ‘roadrunner’ graphics and one of my associates found a beautiful picture that Barbara Chichester had created, so we went to her website to review her work. Her artwork has captured the look that we wanted for the product.  She is an amazing artist and she is from Las Cruces. It doesn’t get any better than that.”

Roadrunner Tea depicts New Mexico with its graphics and tea flavors. Right now, it is only being sold in New Mexico. Roadrunner is coming out with Peach Mango Tea, Watermelon Tea, Sweet Tea and Green Tea with Ginseng and Honey.

In creating a new kind of tea, the company did its homework, Bryant said. They worked locally to see what flavors, packages and names would resonate with the consumer in New Mexico.

“We received a lot of ideas on product names, flavors and packages and chose the ones that best represented New Mexico,” she said. “Consumers can find the product now at Pic Quik, Food Basket, local retail stores and soon in United Albertsons and Lowe’s.”

Both Chichester and Roadrunner Tea pull together for quality because they care about the end result of their creations.

“Do what you love,” Chichester said. “And if you do what you love, everything falls into the place. I am humbled when somebody falls in love with what you have done. Art is subjective. There is no rights or wrongs to it.”