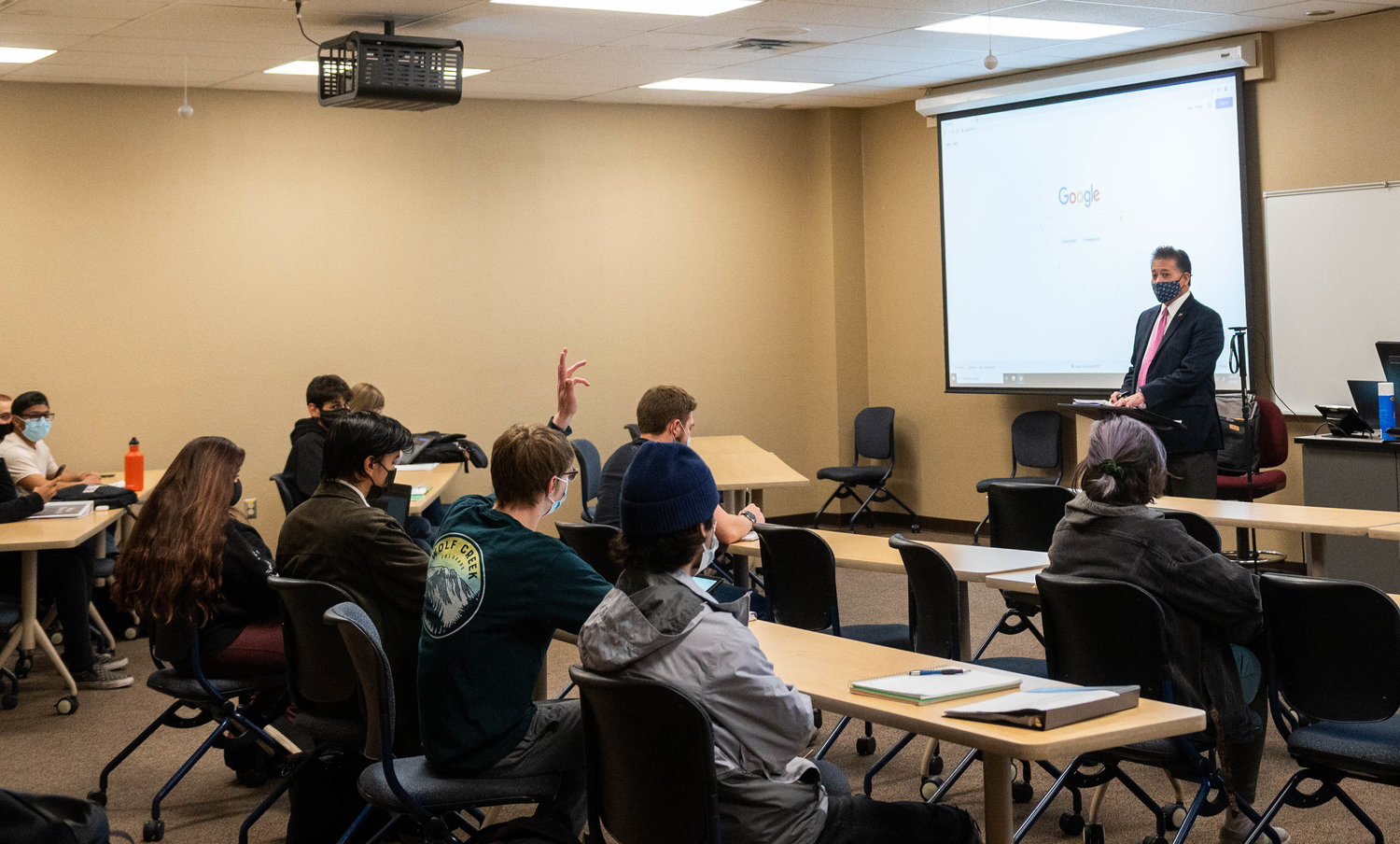 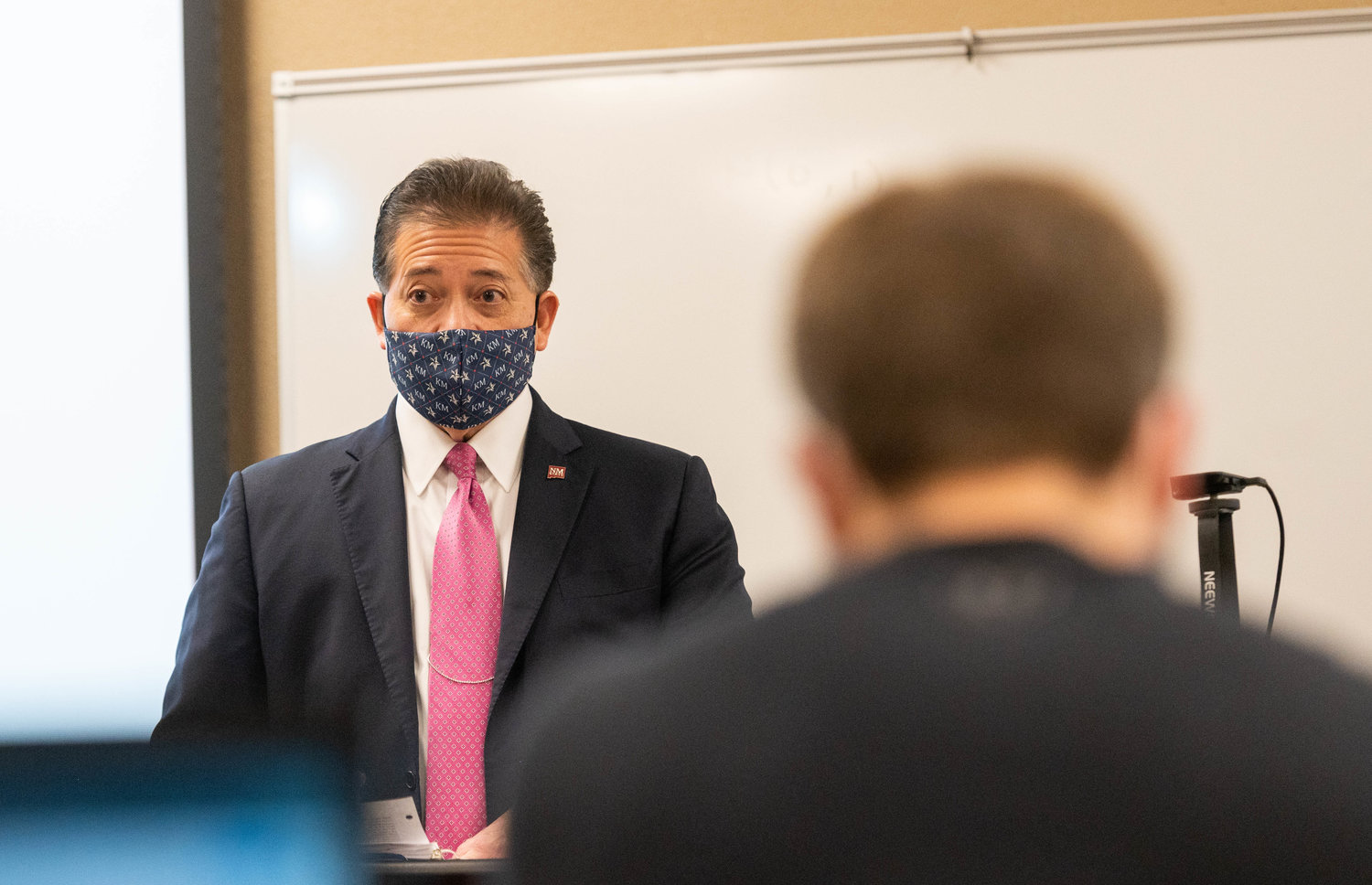 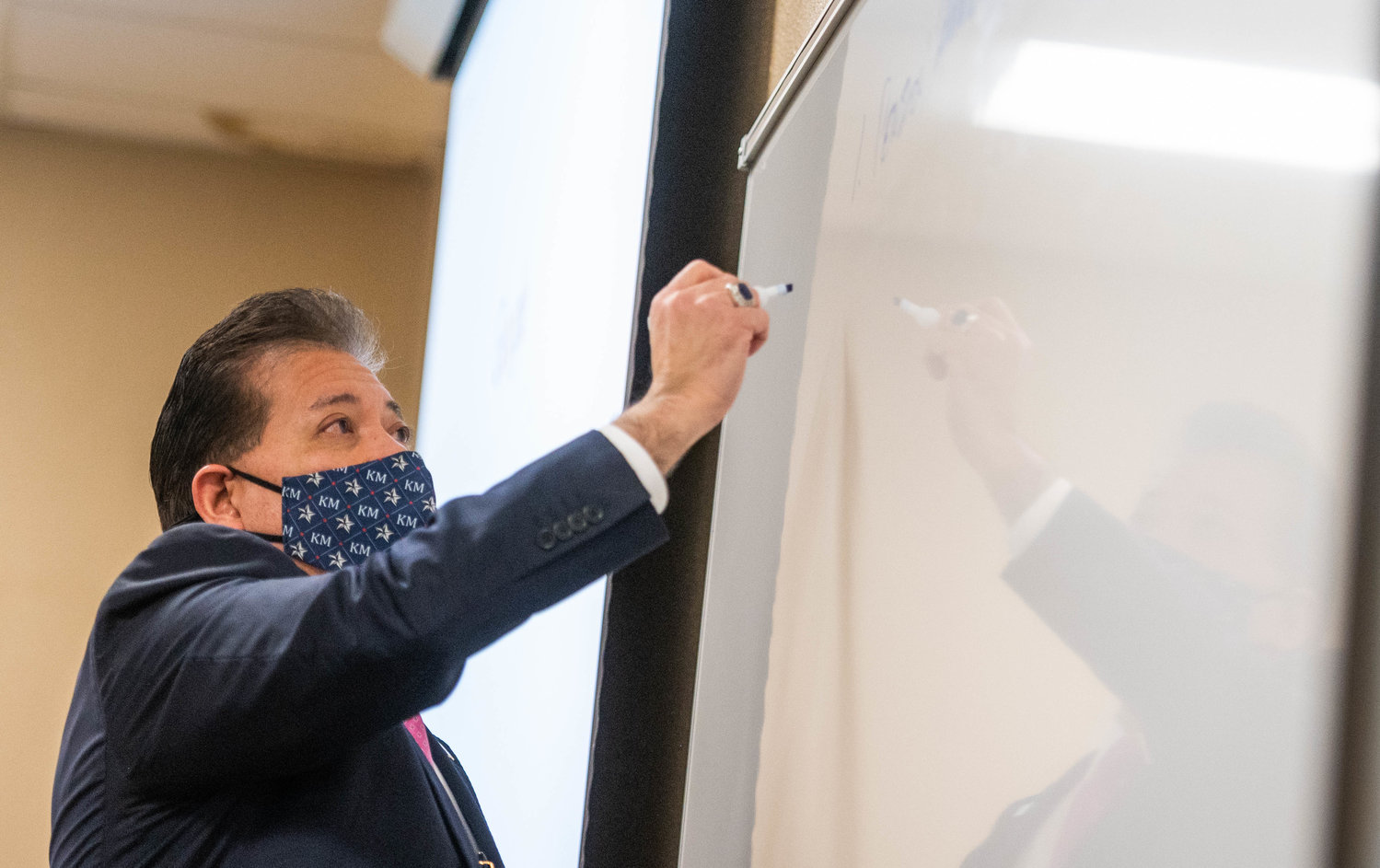 Ken Miyagishima keeps busy, with his dual roles as a business owner and mayor of Las Cruces, but he still finds time to share his experience in the insurance and personal finance industry with students in New Mexico States University’s College of Business, where he’s teaching a course in the principles of personal finance.

“I’ve always been a big advocate of financial literacy,” said Miyagishima, an NMSU alumnus who earned a bachelor of business administration degree in real estate and finance in 1985. He also recently earned an MBA from the University of Texas at El Paso.

Miyagishima is currently teaching Personal Financial Planning and Investing in a Global Economy in the NMSU College of Business. Students are learning some of the core principles of personal finance, including: taxes; credit; consumer, home and auto loans; insurance; and retirement planning.

While he’s taken on this new role at NMSU in the spring semester, Miyagishima is no stranger to the classroom. He previously taught personal finance at Doña Ana Community College from 1990 to 1996. He said he wanted to use the knowledge and experience he’s gained over the years to benefit NMSU students and the community.

Miyagishima said he reached out to professor Tim Query in the NMSU College of Business Finance Department to express his interest in teaching a course, and Department Head Ken Martin was happy to take him up on the offer.

“He also has a public role as mayor of Las Cruces, so he’s a busy guy, but we’re grateful that he’s able to accommodate his schedule and teach for us,” said Martin, who is also a Regents’ professor of finance.

Miyagishima’s class is a “viewing a wider world” course at NMSU, meaning any student has the opportunity to take the class without prerequisites. There are 45 students enrolled this semester, and many of them come from outside the College of Business. The mayor said it’s crucial for all students to learn about the importance of planning their financial future.

“My students today are engineers, wildlife sciences, criminal justice majors,” he said. “They haven’t been exposed to budgets, money, investing, things of this nature, and it’s important for them because they’re going to be making a good income, but if they don’t know how to save for retirement in the future when the time comes and they’re ready to retire, they’re not going to have it there. So that’s my goal is to teach them.”

As for the future, Miyagishima said he would also love to explore teaching a government or political science class and hopes to teach this course again in the fall.

Editor’s note: Miyagishima has lived in Las Cruces since 1971. While a student at NMSU, he began the insurance and financial services business that he still owns. Miyagishima became the longest serving mayor in Las Cruces history last November and began his 15th year as mayor in December. He was first elected mayor in 2007 and re-elected in 2011, 2015 and 2019. He is eligible to seek a fifth four-year term as mayor in 2023. Miyagishima served six years on the Las Cruces City Council (2001-07) before being elected mayor, and eight years on the Doña Ana County Commission (1993-2000) before that.