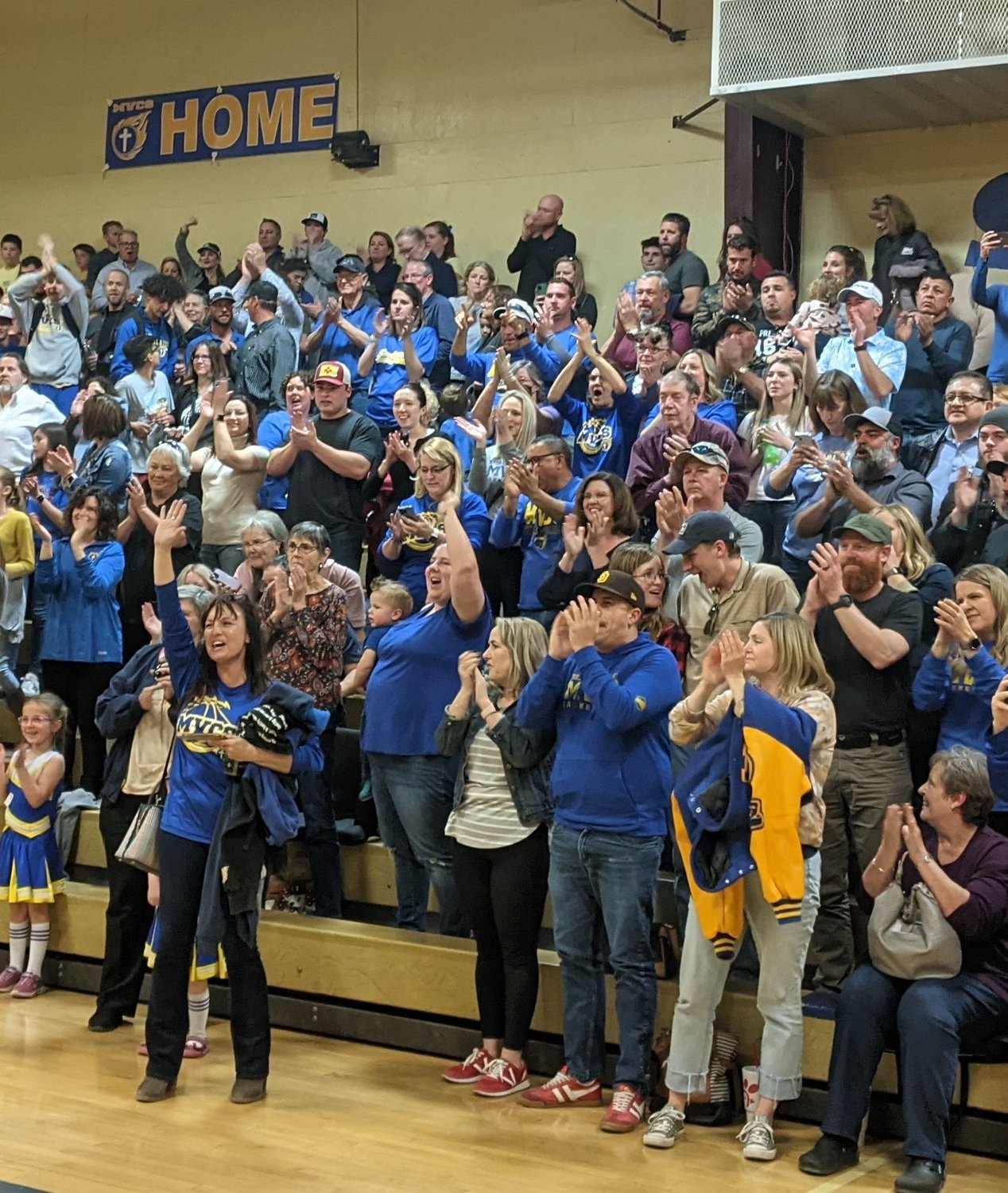 Mesilla Valley Christian fans had a lot to cheer about with the SonBlazers beating Reserve 59-40 in the 1A quarterfinals
Bulletin photo by Dave Burge
Posted Wednesday, March 9, 2022 8:38 pm
By Dave Burge  Las Cruces Bulletin

Tiny Mesilla Valley Christian is going back to Albuquerque.

The SonBlazers, 22-1 overall, beat visiting Reserve 59-40 in the state 1A quarterfinals Wednesday, March 9. MVC, which has just 82 high-school students, will now advance to the 1A final four this weekend.

Mesilla Valley, the No. 3 seed, will now face No. 2 Elida at 3:30 p.m. Friday, March 11, at Bernalillo High. Elida is the only team to beat the SonBlazers this year.

“I just have smart players,” Mesilla Valley coach Doug Coyle said. “They are cerebral. They are very smart and they play smart basketball, high IQ basketball.

“And obviously, they have skill and athleticism but it is the IQ that makes a difference,” Coyle said.

It also marked the fourth time that MVC beat Reserve this year, which has just eight players on its roster. Their most recent matchup was a hard-fought 53-49 win by MVC in the district tournament.

“They were gunning for us,” Coyle said. “They beat Fort Sumner (in the first round of the playoffs), which is one of the top teams in the state in my opinion.

“I knew they would be tough, but we played really well tonight,” Coyle added.

Mesilla Valley was led by seniors Carlo Velarde and James Benjamin, who both had 16 points. Junior Mateo D’Antonio added 14 points.