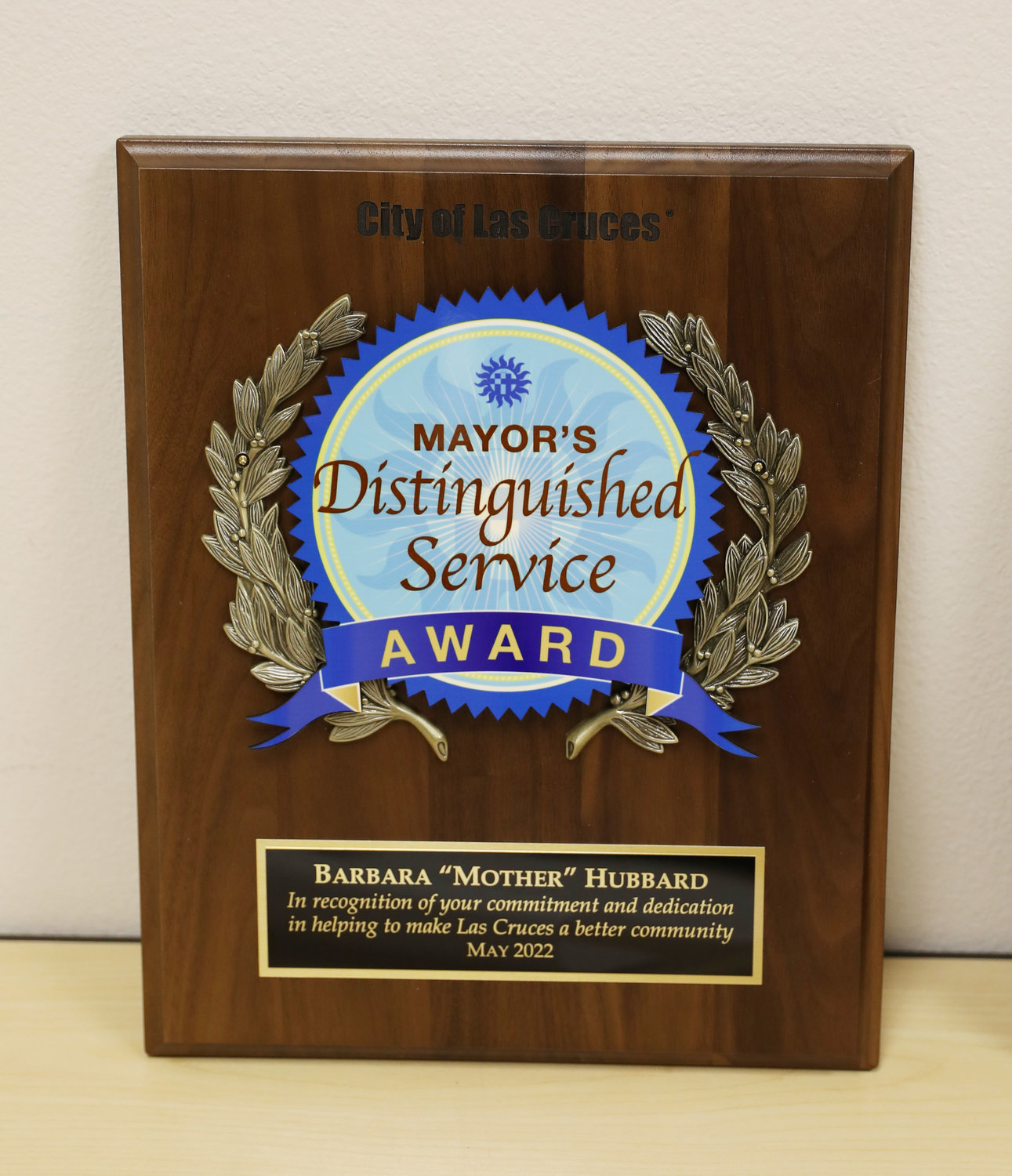 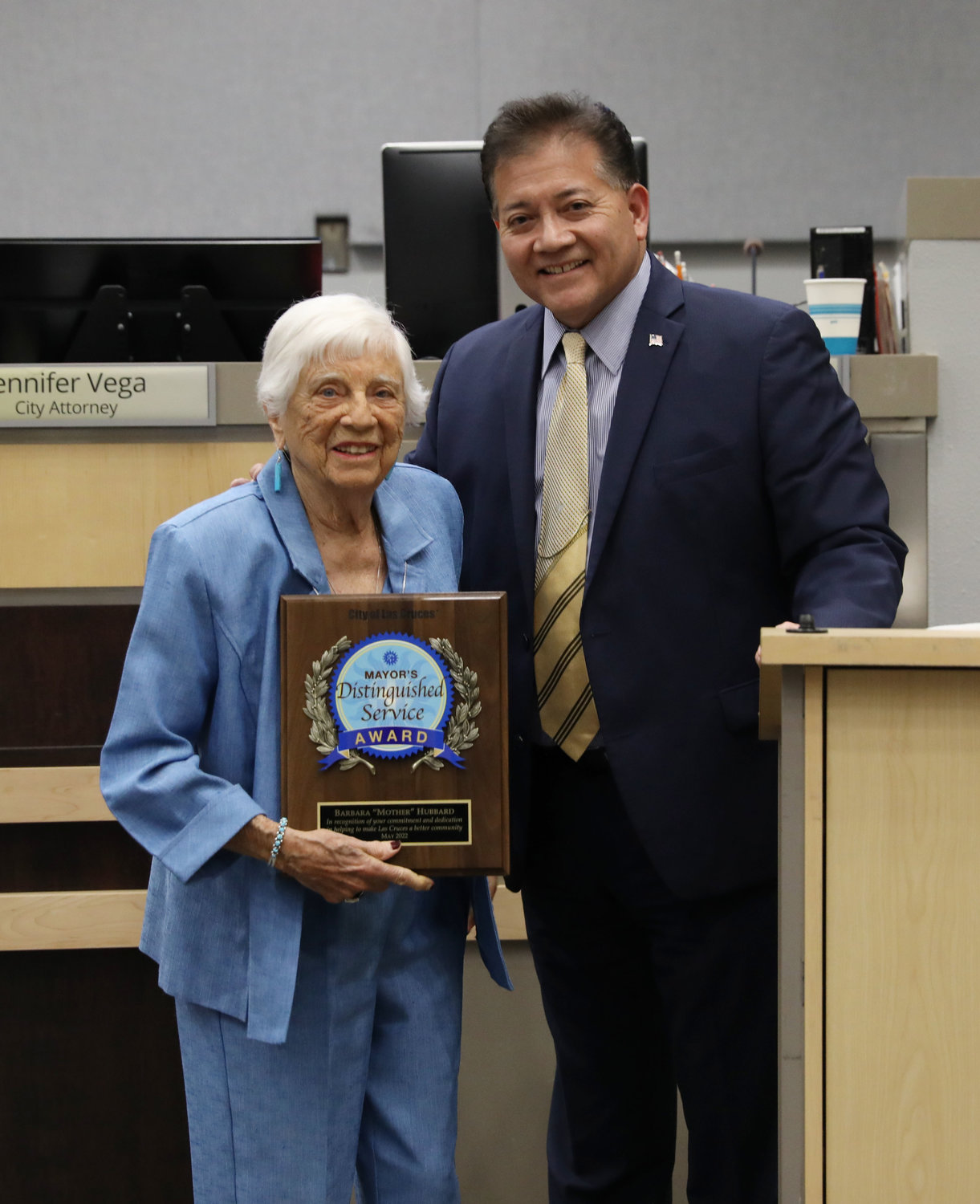 When “Mother” Hubbard goes to her awards cupboard, she will find it anything but bare.

Barbara Hubbard, who got her nickname from Bob Hope during a visit he made to Las Cruces decades ago, received another accolade at the May 15 Las Cruces City Council meeting.

Mayor Ken Miyagishima presented Hubbard with the mayor’s distinguished service award, “in recognition of your commitment and dedication in helping to make Las Cruces a better community.”

Hubbard, who turns 95 in July, was director of special events at New Mexico State University 1968-96 and is credited with bringing the first-ever concert to the Pan American Center.

In fact, Brooks’ World Tour sold out five shows and attracted more than 60,000 fans to Las Cruces over a three-day period in April 2017. Concertgoers from 47 states purchased tickets to the shows, and Hubbard’s legacy was cemented – if it was not already – as a pioneer in promotions and local tourism, VLC said.

Hubbard “is southern New Mexico’s icon,” Mayor Ken Miyagishima said. Hubbard “put the Pan American Center on the nation’s map in addition to bringing a lot of great music to Las Cruces and the borderland,” he mayor said.