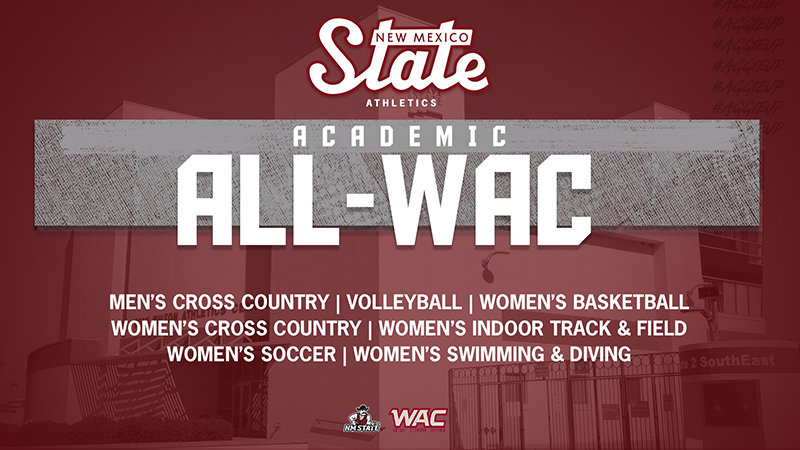 The Western Athletic Conference (WAC) released its list of Academic All-WAC Honorees for the fall and winter of 2021-22 and on it were 69 student-athletes from seven of NM State's athletic teams.

To be eligible for the honor, a student-athlete must have completed at least one academic year, have at least a 3.2 cumulative grade-point average and have participated in at least 50 percent of the team's contests. In all, a total of 1,534 student-athletes from 12 sports in the league secured Academic All-WAC laurels.

For complete coverage of NM State athletics through the 2021-22 academic year and beyond, visit NMStateSports.com - the official home of Aggie athletics - and follow the Aggies on Facebook (NM State Aggies), Twitter (@NMStateAggies) and Instagram (@NMStateAggies).