Never forget: 9/11 as seen by those who were not born yet 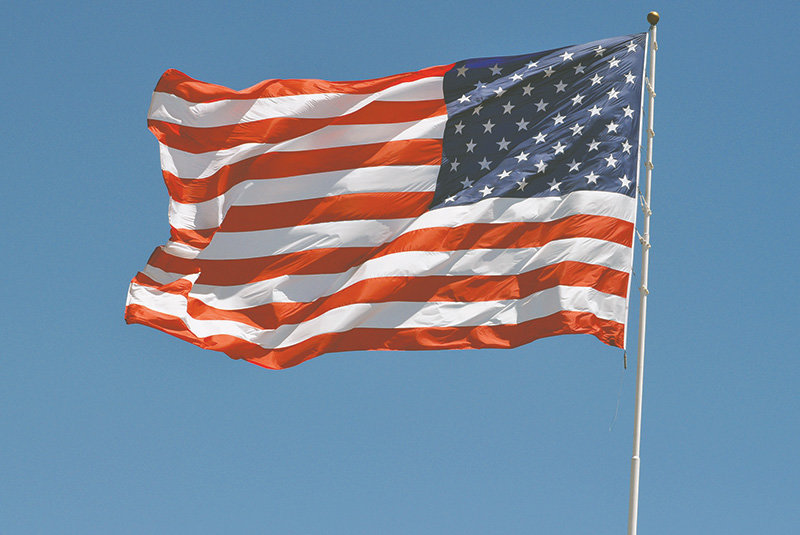 The giant American flag over Las Cruces, at the corner of Main Street and East Boutz, reminds passers-by of the lives lost on Sept. 11, 2001, now known as Patriot Day, during the 20-year war that followed and those who died at the close of that war. For more on the 20th anniversary of 9/11, see
BULLETIN PHOTO BY ELVA K. ÖSTERREICH 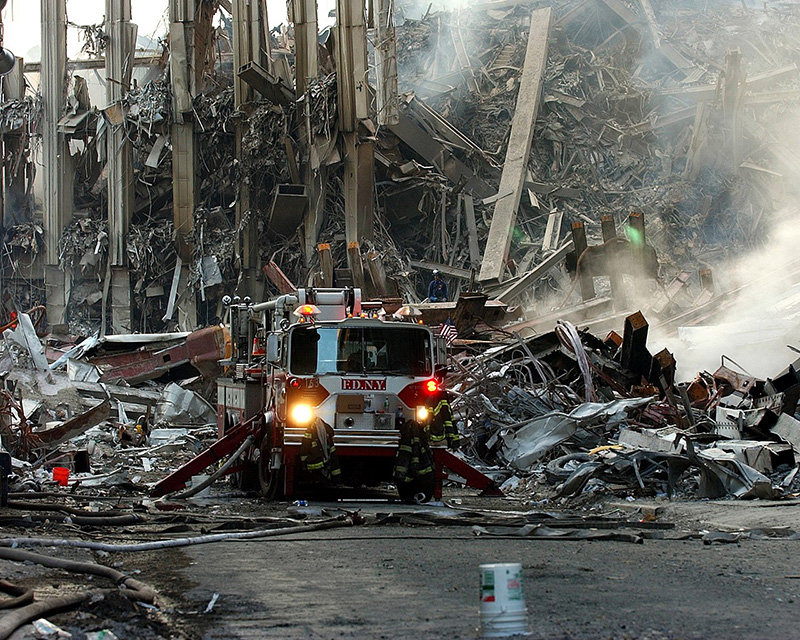 High school is that place where people stop being children and form into adults, thinkers, movers and shakers. How do those growing children know the events of Sept. 11, 2001? What have they learned? What sticks in their minds?

Freshmen in an area high school social studies class said they have learned about the events of that day every year in school but have a hard time defining why it happened. While they know many people died, two towers were hit by airplanes and collapsed and even that many first responders sacrifice their lives, it’s unclear to them who was responsible and what happened after the event.

These 13– to 15-year-olds are left with the visceral -- the images of burning buildings, people searching through the rubble. Some have relatives who were close to the experience.

“It’s like two twin towers fell down and they had thousands of people in it,” one student said. “They saw people die and there were fires. A bunch of people died.”

One girl has an uncle she said who was near one of the buildings at the time.

“He still has flashbacks,” she said. “He talks about it but gives out in mid-sentence. I have noticed when people talk about it, it goes on for a short time, then they all just get quiet about it.”

Some other students, like 17-year-old Diego (not in the same class), said all he learned in school was that a plane just crashed into a tall building and some people died.

“Some people died on the twin towers and then it started to collapse,” he said. “Both start to collapse and almost everyone just pretty much dies. My main question was ‘How did that happen?’”

In a senior social studies class, students LJ and Ken spoke up and clearly had gathered more knowledge and thought about that day and its aftermath.

“I know it was an organized terrorist attack and it was Osama bin Laden and our purpose for invading Afghanistan was to kill him,” LJ said. “The Pentagon was attacked, and the towers were attacked, and I think over 3,000 people died. And it put America on pause for a really, really long time.”

The students realize airport security was significantly less before 9/11. “It was like the first terrorist attack that America really had,” LJ said.

Both students had watched a documentary about the reasons people go to war earlier in the year, “Why We Fight.”

They understand the terror attack on the twin towers and the Pentagon led to the 20-year war in Afghanistan. They believe the attack fueled an operation that was already being planned by the United States.

“We are not going to war because of terrorism. We are going to war to take advantage of oil and other stuff and the resources available in that other country,” Ken said. “The terrorist attack was the justifying reason for it.”

“I suppose we needed to go there to get justice for all those who had died,” she said. “I think that there is a lot of misconceptions about why we were there and why we needed to fight there.

“We are sending the message that we are going there to help people who are suffering, and we do need to do that. I think that those in power have a responsibility to protect those who have no power. But we can’t market one thing and then have leaders who are doing things for a corrupt purpose.”

Sophia graduated from the same school in May and is now attending college. She remembers learning much the same as the other students. Teachers would show a video, talk about remembering everything that happened but also would never get very specific about facts.

“I do think the hate grew more with that action (the attack),” she said. “That was a very bad time. People are so eager for power and for dominance that they just sacrifice lives just to prove a point. They are risking and killing, all for what?”