SONS OF THE AMERICAN REVOLUTION 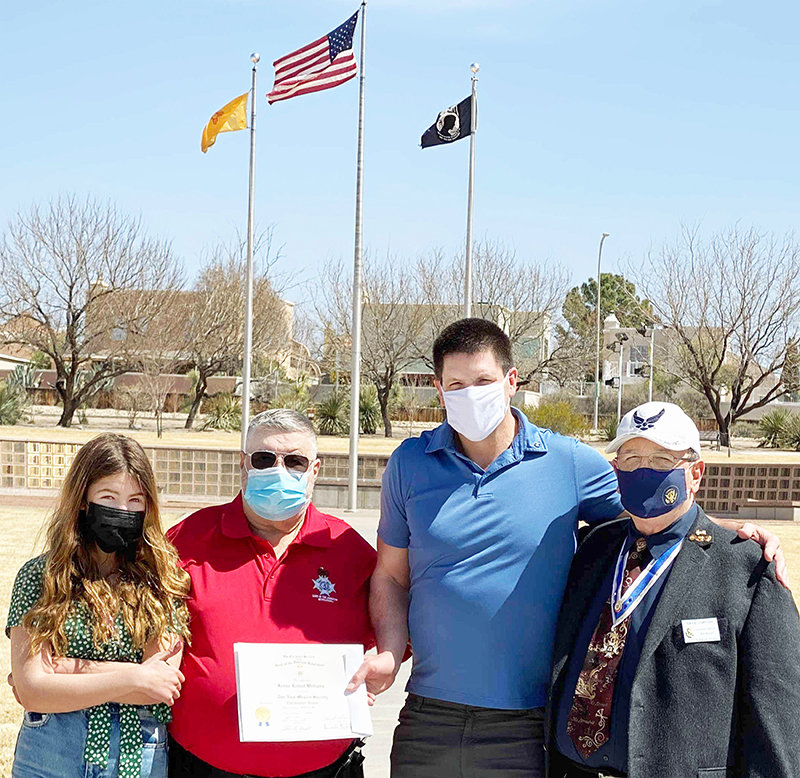 The Gadsden Chapter of the Sons of the American Revolution of Las Cruces inducted James R. Williams as a new member March 20 at Veterans Memorial Park in Las Cruces. James is the son of Gadsden Chapter President Don Williams. The induction was conducted by chapter past President Dave Curtiss, assisted by the senior Williams and witnessed by Don Williams’ wife, Becca Williams and James Williams’ daughter, Myla. SAR is the largest male linage organization in the United States according to www.sar.org. SAR consists of 50 Societies with more than 500 local chapters, several international societies, with more than 38,000 members.

Sons of the American Revolution