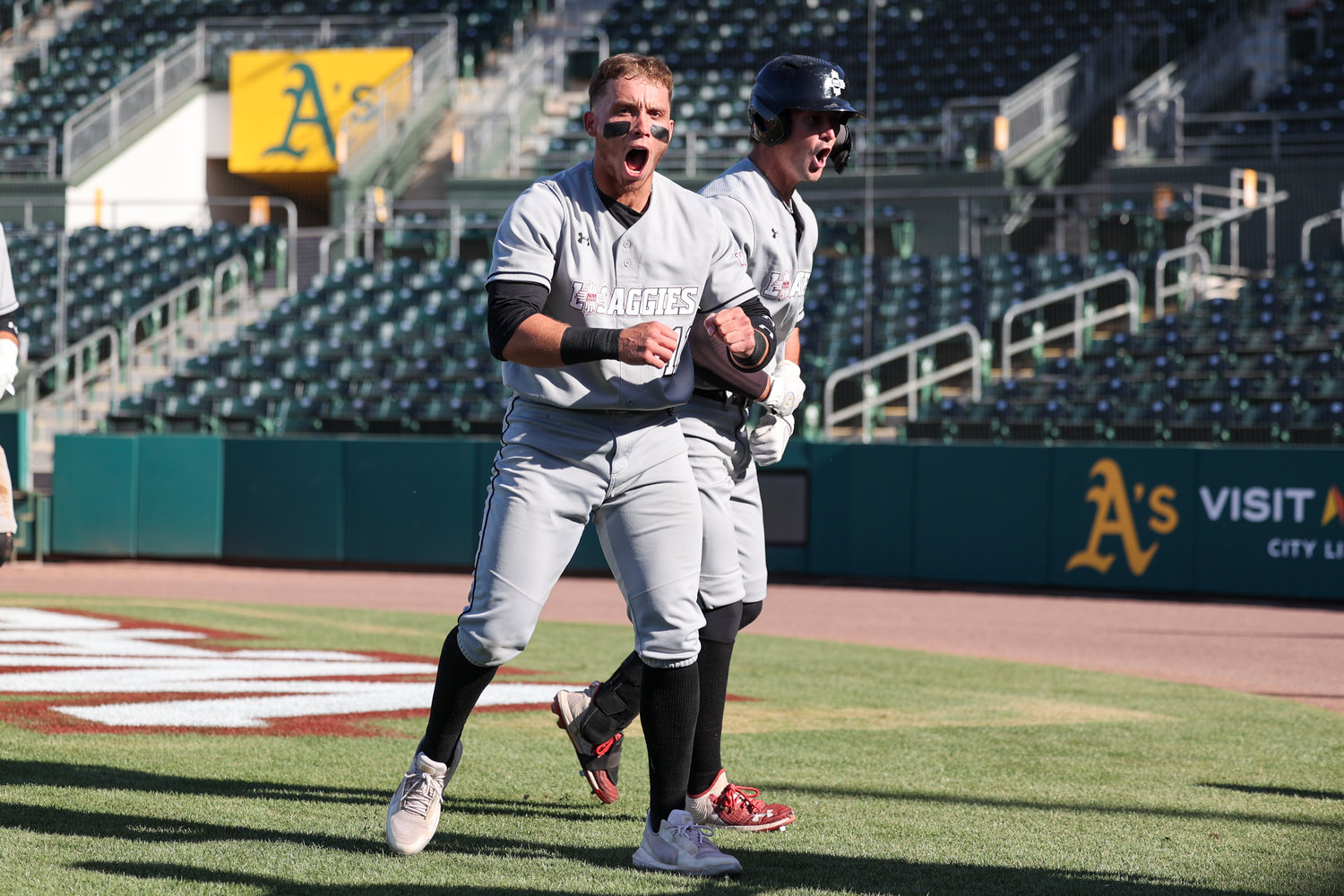 MESA, Ariz. –  Put on those dancing shoes. The Cinderella story through the WAC Baseball Tournament continues for NM State in a dominant fashion. Squaring off with the No. 3 UTRGV Vaqueros, the Aggies ended the game early with a 10-0 run-rule win.

Ian Mejia dominated the Vaquero lineup, spinning a complete-game three-hit shutout. The right-hander was still touching 95 miles per hour in the seventh inning and needed just 83 pitches to finish off the gem.

Chicks dig the long ball and so does the NM State lineup. With three Aggies – Nolan Funke, Cal Villareal, and Logan Gallina – all homering early, the Aggies got out to a cushy lead. Funke got the NM State offense rolling with a two-run blast in the second inning.

The score would remain 2-0 until the fifth inning when Cal Kilgore drove in Tommy Tabak, who had a huge home run of his own on Wednesday. Later in the inning, Villareal lifted a deep drive to right-center to make it a 4-0 game.

One inning later, Gallina, the First Team All-WAC selection, launched a no-doubt home run to right-center. The Hohokam Stadium Trackman clocked the blast at 429 feet and 109 miles per hour off of the bat.

Leading 5-0 heading to the seventh inning, the Aggies were not nearly done. Looking to bury the Vaqueros, the Aggies hung a five-spot on the scoreboard. The Aggies sent nine men to the plate in the seventh inning with RBI singles from Kevin Jimenez and Gallina before Tabak put the run rule into effect with a two-run double.

Needing just three outs to finish the complete game, Mejia wasted no time. The Arizona native won a ten-pitch battle with Jacob Hirsh before ending the at-bat with a strikeout. Mejia got the next two batters to bounce out to Jimenez at shortstop to end the game.

The Aggies will face the winners of game nine between UTRGV and Sacramento State. The two teams met in the opening round with the Vaqueros defeating the Hornets by a score of 2-1. While the Aggies await their opponent, they are locked into a 5:00 p.m. MT first pitch.

On-Deck
The Aggies will not know their opponent until approximately 1 p.m. MT tomorrow. UTRGV and Sacramento State will face off in an elimination game with the winner advancing to play NM State in the 5 p.m. MT game.