Aggies earn a 12 seed and will travel to upstate NY 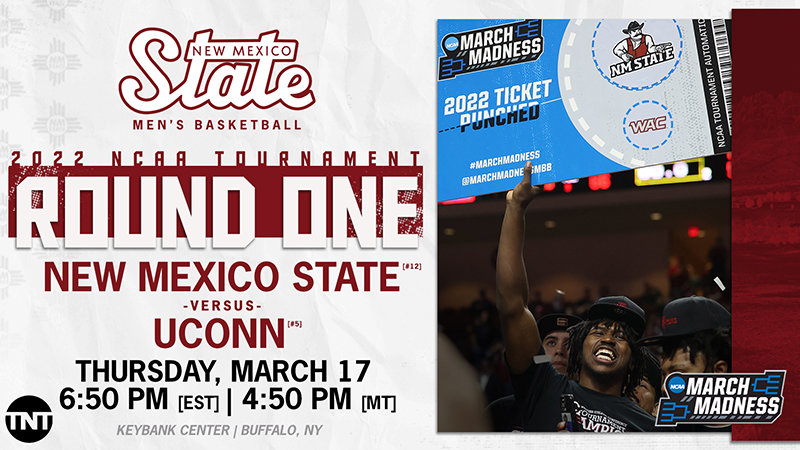 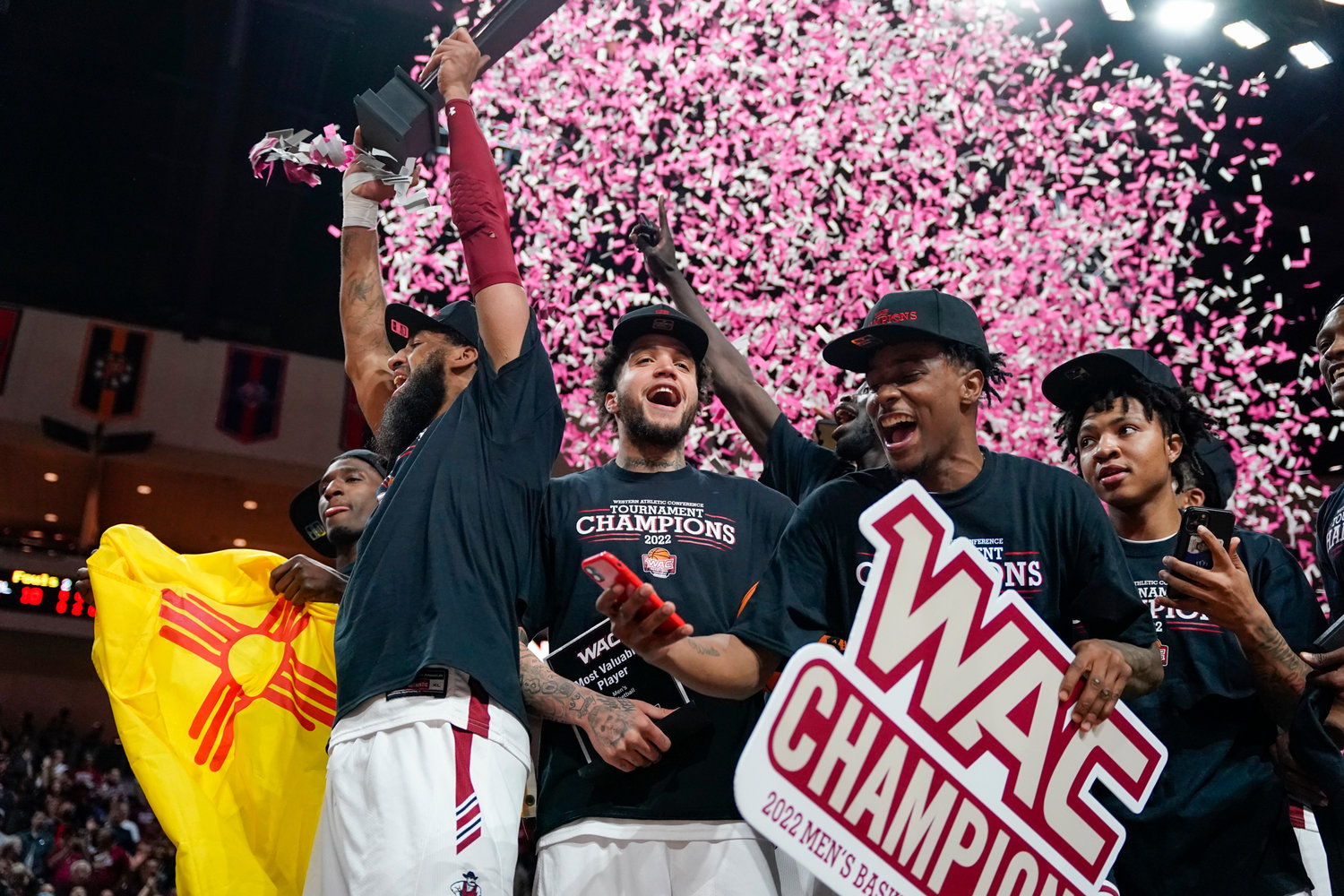 Less than 12 hours after capturing the WAC Tournament title, the NM State men's basketball team received their destination and opponent for its first-round NCAA Tournament tilt. The Aggies are headed to Buffalo, N.Y., as the 12-seed in the west region and will take on fifth-seeded UConn Thursday, March 17, from the KeyBank Center.

Tickets for the Aggies' first-round matchup with fifth-seeded UConn will go on sale Monday, March 14 at 10:00 a.m. Fans can reserve tickets by calling the Pan American Center Ticket Office at 575-646-1420 until 4:00 p.m. MT Monday afternoon. Priority consideration will be given to Aggie Athletic Club and Sixth Man Club members.

NM State's latest NCAA Tournament appearance is the 23rd in the history of the program as well as the third in Chris Jans' tenure in Las Cruces.

The Aggies roll into Buffalo, N.Y., armed with a 26-6 record as well as a three-game winning streak. A tip-off time and television network for the first round game will be announced at a later time.

The NMSU Aggies’ first-round NCAA tournament game against UConn Thursday will be shown at the Cineport 10 theater in the Mesilla Valley Mall free of charge, with seating on a first-come basis. Doors will open at 4 p.m. Thursday, March 17, and tip-off is scheduled for 4:50 p.m.