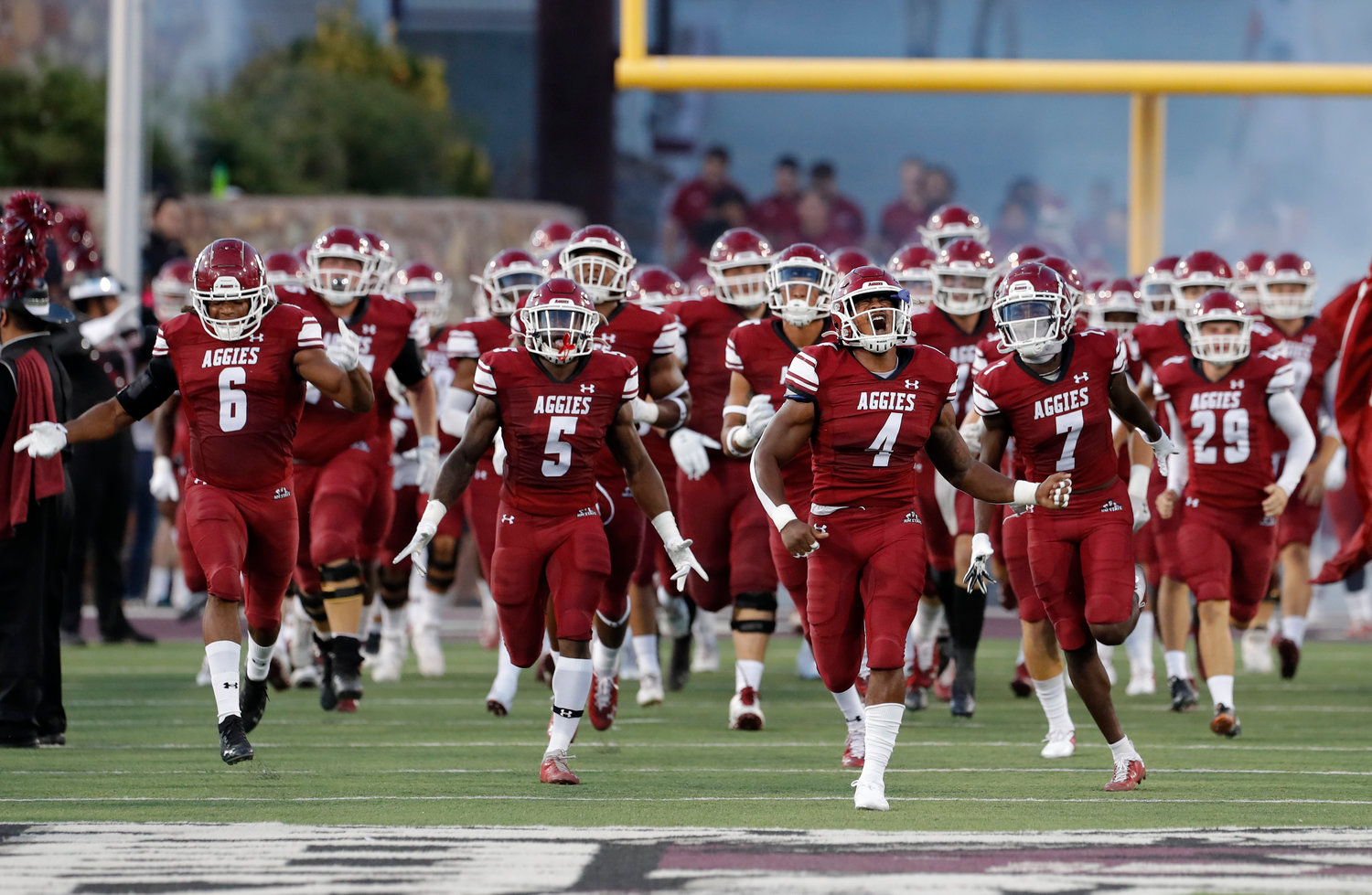 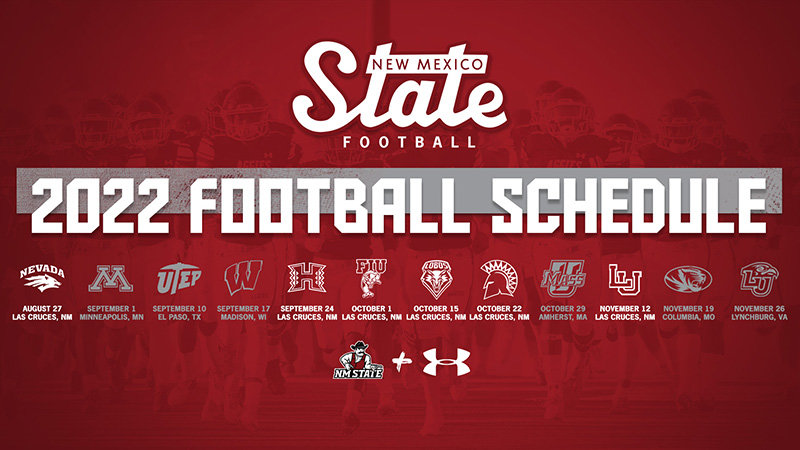 Announced Monday by the Aggies' head coach, NM State unveiled its 12-game 2022 schedule while includes the team's highest total of home games (six) since 2014 as well as road dates with three Power Five opponents. Kickoff times for each of NM State's contests will be announced at later dates.

"We need Aggie fans everywhere to come out and support our program this fall," commented Kill. "Our team will have a hard hat and lunch pail mentality every time we take the field."

Aggie Memorial Stadium will serve as the site of Kill's inaugural game as NM State's head man as Nevada pays a visit to the Land of Enchantment for a week zero matchup on Saturday, Aug. 27.

A pair of Big Ten adversaries are sandwiched around one of the Aggies' two rivalry games as NM State plays three-straight games on the road following its season opener at home. NM State travels to Minnesota (Thursday, Sept. 1) before taking the short journey to El Paso, Texas, for the 2022 installment of The Battle of I-10 with UTEP (Saturday, Sept. 10). Madison, Wis., is the endpoint of the Aggies' longest road stretch of the 2022 season as NM State meets Wisconsin (Saturday, Sept. 17) at Camp Randall Stadium.

Upon returning from Wisconsin, NM State won't leave Las Cruces for over a month. Four consecutive home games through the remainder of September and over the course of much of October are what NM State has in store for itself. The Aggies' longest single-season home stand since 1948 begins with a visit from Hawaii (Saturday, Sept. 24) followed up with a bye week.

From there, NM State hosts FIU (Saturday, Oct. 1) before enjoying its second bye week of the year. In-state rivals will clash inside Aggie Memorial Stadium when New Mexico comes to town (Saturday, Oct. 15) and the Aggies' home stand concludes the following week with a showdown against San Jose State (Saturday, Oct. 22).

Three of the Aggies' final four games of the year take place on the road, beginning with a trip to Amherst, Mass., to tangle with fellow FBS independent UMass (Saturday, Oct. 29). A WAC football opponent heads to Las Cruces for NM State's home finale as Lamar opposes the Aggies on Saturday, Nov. 12.

NM State closes out its regular season schedule with road dates at Missouri (Saturday, Nov. 19) and at Liberty (Saturday, Nov. 26). Moving forward, NM State will become a part of Conference USA beginning in the 2023 campaign. That means the Aggies' scheduling priorities are set to change.

"With the 2022 season being our last as an FBS Independent, our scheduling goals for future seasons will change," Kill continued. "It is our plan to schedule just a single Power Five program, one FCS opponent and one group of five team for our non-conference schedule. It is also important for us our program and our state to continue scheduling our rivalry game with New Mexico on an annual basis."

Season tickets for the Aggies' 2022 campaign are set to go on sale Tuesday, March 15, 2022. Ticket pricing and various packages will be announced at that time.

Wednesday, Feb. 2, 2022, Kill and his coaching staff will be hosting a signing day event to review the Aggies' newest class. Open to the public, the event is set to begin at 5:00 p.m. that evening on the third floor of the Stan Fulton Center. At 5:30 p.m., Kill will begin the introduction of his staff and go over each and every one of the newest Aggies who will be joining the team for the 2022 campaign.

For complete coverage of NM State football as the Aggies gear up for their season opener on a little over eight months, visit NMStateSports.com - the official home of Aggie athletics - and follow the Aggies on Facebook (NM State Football), Twitter (@NMStateFootball) and Instagram (@NMStateFootball).