Aggies fall in second game of series at Presley Askew 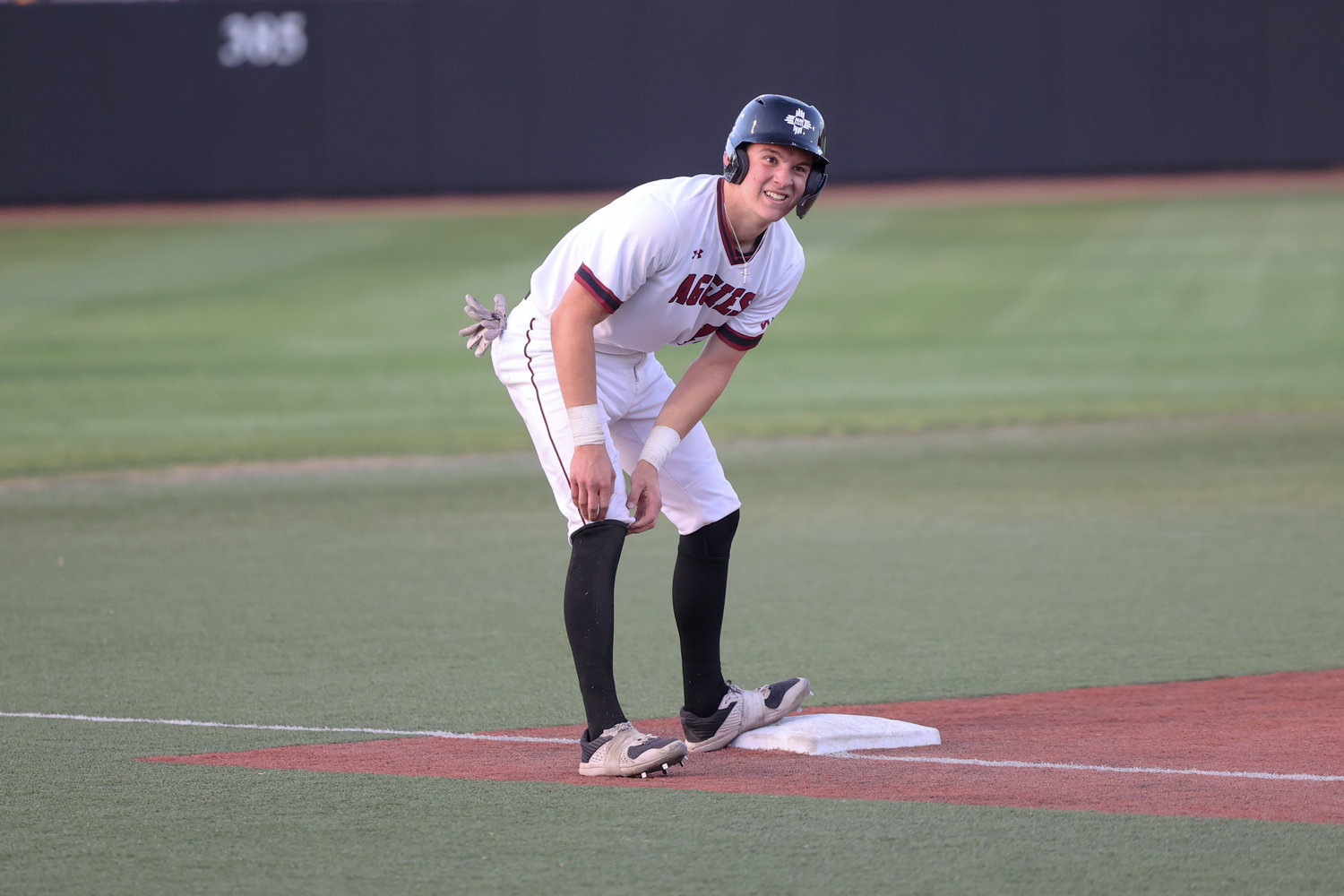 LAS CRUCES, N.M. –  After winning the Friday night matchup, NM State baseball fell by a score of 13-8 to UTRGV on Saturday afternoon. A trio of Aggies – Brandon Dieter, Nolan Funke, and Preston Godfrey – combined for nine hits in the loss.

The Vaqueros jumped out to an early 6-0 lead over Aggies in the first two innings. Logan Gallina homered to right field to lead off the bottom half of the second inning to get the Aggies on the board. Later in the inning, Cal Kilgore added an RBI single that scored Funke and brought the Aggies back within four. The squad continued to chip away with a run-scoring single from Godfrey.

In the following inning, UTRGV added four more runs to push their lead back to seven runs. In the fifth inning, the Vaqueros added an extra run to tack on some insurance.

After a triple from Godfrey got things going in the fifth inning, the Aggies used the momentum to push across three runs. Kilgore drove in his second run of the ballgame with a single to the shortstop. An RBI double from Dieter gave way for an RBI single from Tommy Tabak and the Aggie offense kept rolling in the inning. Godfrey’s big day continued in the sixth inning when he added an RBI double, scoring Funke from first base.

UTRGV added a run in the eighth inning for their 13th run of the ballgame. Chasing six runs heading to the bottom of the ninth, NM State needed a miracle to chop the runs off the board. Kevin Jimenez picked up his sixth hit in the series as he drove in Edwin Martinez-Pagani from second base but that’s all the Aggies could muster in the ninth. UTRGV took the Saturday matinee to even the series and force an Easter Sunday rubber match.

Spend your Easter Sunday at The ‘Skew with NM State and UTRGV as the two teams will decide the series beginning at 11 AM. All of the action can be found on the WAC Digital Network and 91.5 KRUX FM.