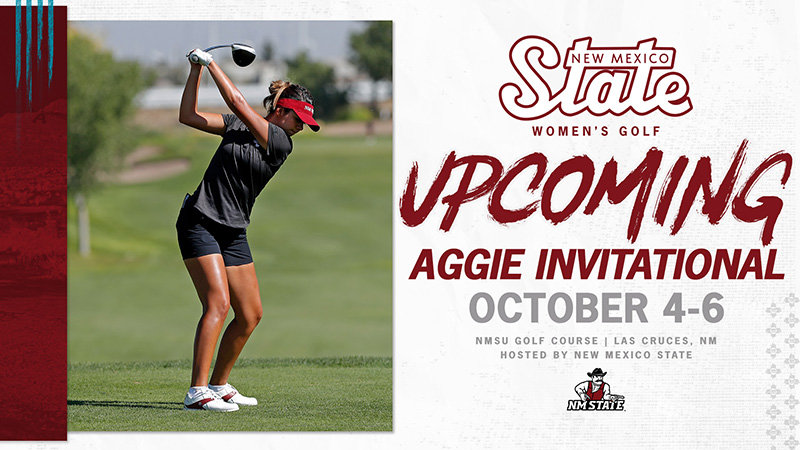 The NM State women's golf program opens play at its home tournament, the Aggie Invitational this Monday-Wednesday at the NMSU Golf Course.

Action gets underway Monday morning at 8:30 a.m. and will continue will rounds two and three scheduled for Tuesday and Wednesday.

LAST TIME OUT:
The Aggies look to build off the momentum gained at last week's Golfweek Red Sky Classic. One of the toughest mid major golf fields of the year, the Aggies rebounded from a slow start to finish inside the top-15.

Junior Amelia McKee shook off an opening round 75 (+3) to fire a second round of 69 (-3). McKee's second round featured a pair of eagles, and was the lowest individual round of the second round.

Originally scheduled for three days and rounds, the tournament was shortened to 36 holes due to inclement weather in cold and wet Vail.

UP NEXT:
The Aggies close out the fall season next week at the Dale McNamara Invitational. The two-day tournament begins next Monday, hosted by Tulsa at the Patriot Golf Club