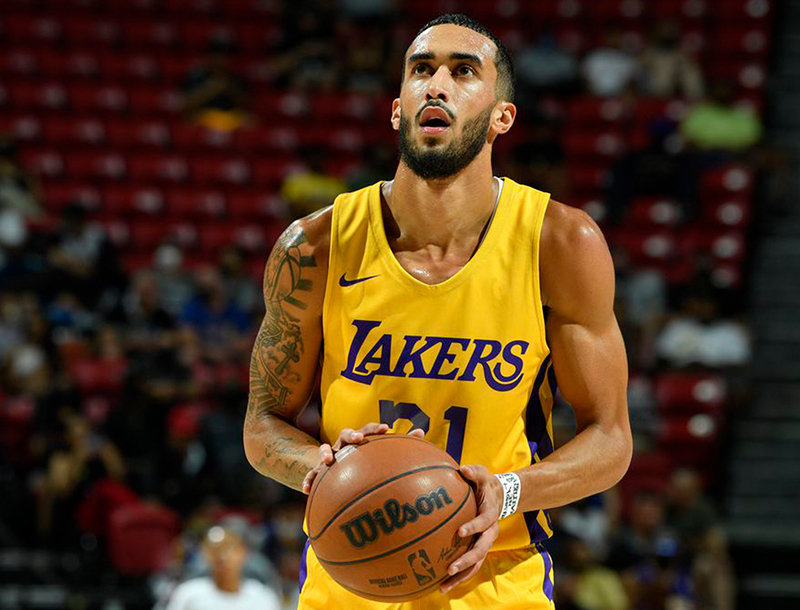 Trevelin Queen’s dream to play in the NBA is still alive.

In an announcement made by his agent, the former New Mexico State University men’s basketball great made it known that he will be occupying a spot on the Los Angeles Lakers' training camp roster.

The partially guaranteed training camp deal makes the Glen Burnie, Maryland, product one of 19 players who currently comprise the Lakers’ training camp roster. While in training camp with one of the NBA's most storied franchises, Queen will be competing alongside the likes of LeBron James, Anthony Davis, Russell Westbrook, Carmelo Anthony, Rajon Rondo and numerous others.

Queen’s spot on the Lakers' training camp roster likely came after the guard turned heads within the organization during his NBA Summer League stint with the club. Through five games with the Lakers' Summer League squad, Queen averaged 13.2 points, 2.6 rebounds, 2.0 steals and 0.6 assists in 19.0 minutes per game. The athletic guard put up impressive shooting splits of .480/.538/.846 throughout his time in the Purple and Gold.

In the Lakers’ final NBA Summer League game on Aug. 17, Queen powered the team back from a 17-point deficit against the Golden State Warriors by finishing with 21 points, five rebounds and four steals.

One of the most exciting players to ever suit up for the Aggies, Queen helped NM State go 55-11 (.833) during his two-year stint in Las Cruces. That record included an incredible 31-1 (.969) mark in Western Athletic Conference (WAC) regular season games and as a result the Aggies picked up a pair of WAC regular season titles and the only available WAC Tournament crown during that stretch.

Individually, Queen topped the Aggies' charts in scoring (13.2 ppg) and minutes per game (27.5) during the 2019-20 campaign. In addition to that, the guard submitted averages of 5.2 rebounds, 2.4 assists and 1.7 steals per game while putting up shooting splits of .471/.387/.814. That allowed Queen to earn All-WAC Second Team, NABC District Six Second Team and USBWA All-District VIII Team laurels at the conclusion of the campaign.

Beginning his career as a spark plug off of the bench for the Aggies in 2018-19, Queen’s path toward NM State stardom began in the 2019 WAC Tournament title bout with third-seeded Grand Canyon with a trip to the NCAA Tournament on the line. Queen caught fire, erupting for an NM State career-best 27 points to help the Aggies rip the Lopes. As a result, he was named the WAC Tournament's Most Valuable Player.

With Queen on their side in 2019-20, NM State put up the first 16-0 run through WAC play in the history of the league which was a large part of the 19-game winning streak the Aggies embarked on to wrap up the season.

Queen and the rest of the Lakers opened training camp for the 2021-22 NBA season on Sept. 29. Numerous options are on the table for Queen who could make the Lakers’ roster for the 2021-22 season, earn a spot on the South Bay Lakers (the Los Angeles Lakers' G League affiliate) or collect a two-way contract with the club.

For complete coverage of NM State men's basketball as the Aggies prepare for their 2021-22 season, visit NMStateSports.com – the official home of Aggie athletics – and follow the Aggies on Facebook (NM State Men's Basketball), Twitter (@NMStateMBB) and Instagram (@NMStateMBB).