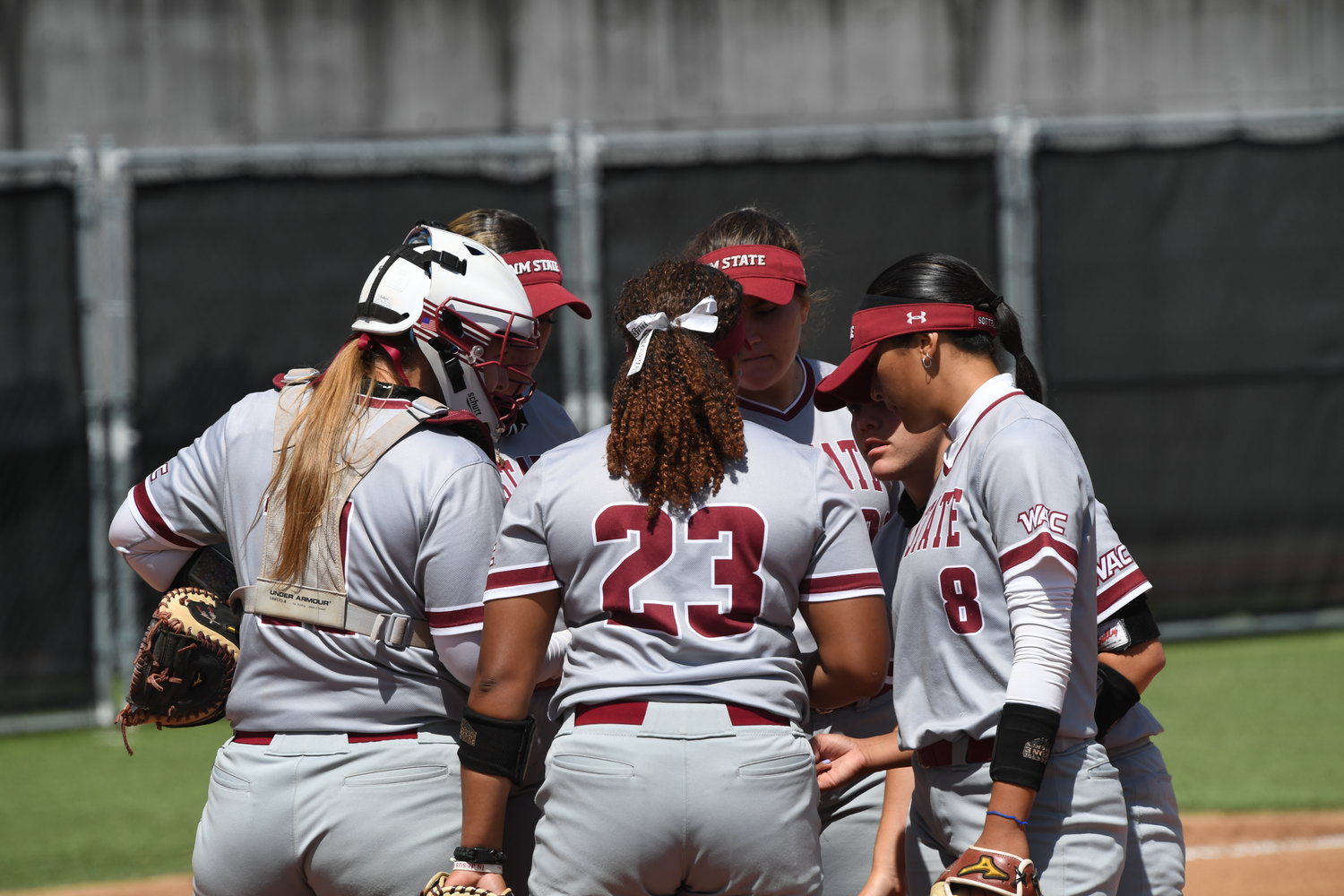 Photo courtesy of NMSU – The New Mexico State University softball lost its opening game in the WAC tourney but rebounded to advance to the championship round where they lost in the opening game to host Seattle U.
NMSU
Posted Monday, May 17, 2021 9:05 am
Dave Birge

The New Mexico State University softball team’s dreams of a berth in the NCAA Championships came up just short.

The Aggies, regular season WAC champs and top seed at the conference postseason tournament, fell behind 7-1 to Seattle University and lost in the WAC Championship Game 7-5 Saturday afternoon in Seattle.

The Aggies finished the season with a record of 31-21.

NMSU lost in the opening round of the WAC Tournament on Thursday for the first time since 2014. The Aggie women fell 6-5 to Utah Valley in the first round of the double-elimination tournament.

The Aggies then needed to win two games on Friday to advance to the conference championship game for the 10th straight year. They beat Grand Canyon 6-2 and then beat Utah Valley 4-3 in the nightcap. The final out of the second game came at home plate as Utah Valley was trying to tie it up. Freshman shortstop Jayleen Burton fired a throw home, and catcher Nikki Butler made the tag to clinch a thrilling win.

That propelled NMSU to the championship round where they would need to beat host Seattle U twice to advance to the NCAA Regionals. Instead, the Aggies came up short in the first and only game on Saturday.

Butler, Chloe Rivas and Ramsay Lopez were all named to the WAC All-Tournament Team following the tournament.

For the Aggies, it was season unlike any other.

Because of pandemic restrictions, NMSU had to play its first 21 games in Florida. But the Aggies rebounded after a tough start to win their sixth regular season WAC title in program history.