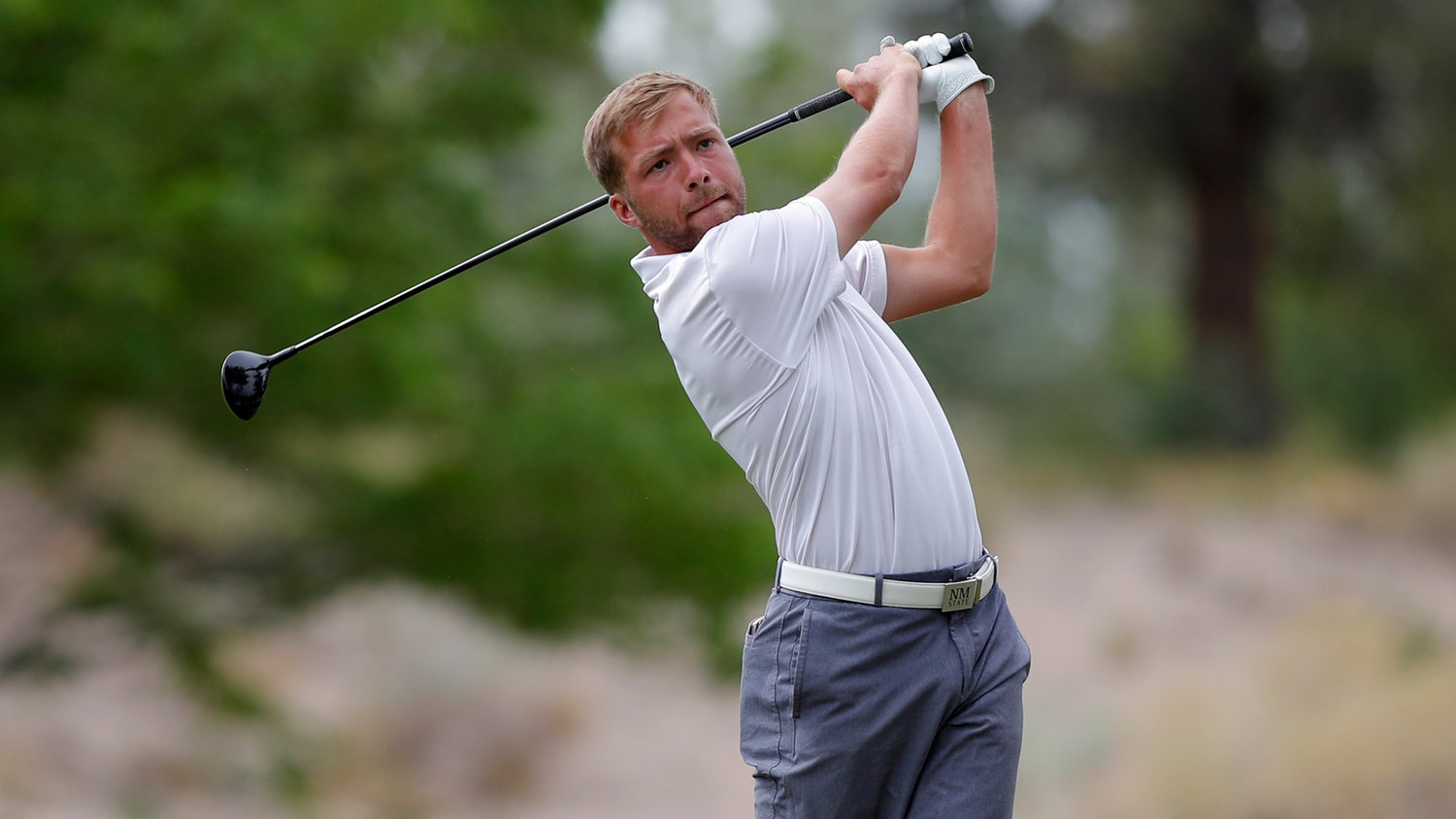 New Mexico State University sophomore Garrison Smith soared into the top 15 during the second day of action at the NCAA Men’s Golf Southwest Regional on Tuesday in Albuquerque.

Smith, from Mansfield, Texas, carded four birdies and offset two bogeys to finish with a 2-under 70 at The Championship Golf Course at the University of New Mexico.

Smith shot a 71 during the first round and is now tied for 14th place with a two-day total of 141.

Freshman Joseph Robson, of Newcastle, England, knocked five strokes off his first-day tally and shot an even-par 72 on Tuesday. Robson is now tied for 53rd with a cumulative score of 149.

Freshman Aidan Thomas, of Albuquerque, shot a 76 on Tuesday, equaling his first-day total. Thomas now stands in a tie for 60th place at 152.

Teammate Alvaro Morales, of El Espinar, Spain, shot a 3-over 75 on Tuesday and is now tied for 63rd with a two-day total of 153.

The Aggies will finish up the tournament on Wednesday.

The top five lowest scoring teams and the top individual not a qualifying team will advance to the NCAA Men’s Golf Championships.