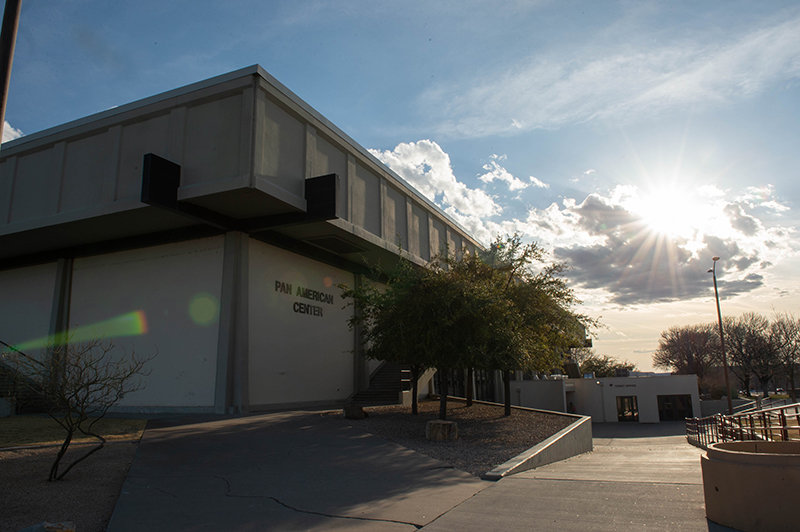 “Unfortunately, we are seeing less and less compliance with our state’s indoor mask mandate during our home games, and fan behavior at Saturday’s game was cause for grave concern for us and among our public health experts,” Arvizu said in a memo to the campus community on Monday. “As a result, we will no longer allow food or drinks to be sold or consumed during indoor sports events until the mask mandate is lifted.”

Mask-wearing will be strictly enforced by event staff and law enforcement throughout the venue, Arvizu said, and fans who are not willing to comply with the indoor mask requirement will be asked to leave the event.

He also indicated that the suspension of concessions sales was a first step in addressing mask compliance, and the university is prepared to escalate the restrictions, if needed.

“We will closely monitor compliance during the home games taking place later this week,” Arvizu stated in the memo. “If mask-wearing continues to be an issue during the next two basketball games for our men’s and women’s teams, we will have no choice but to restrict fan access to indoor athletics events until the New Mexico mask mandate is lifted.”

That move is one that Arvizu said the university would like to avoid, if possible.

“We don’t take this decision lightly – our student-athletes thrive with the support of our fans, and attending athletics events creates a sense of belonging for our students, faculty and staff, our alumni, and our community,” Arvizu said. “However, we must do what we can to create a safer environment for our Aggie community.”

NMSU Athletics Director Mario Moccia said he wants to see Aggie fans in the stands through the remainder of the season.

“Aggie fans are a big part of our home court success with the energy and excitement that they provide,” Moccia said. “I hope our fans will show up in force, mask up, and support our student athletes.”