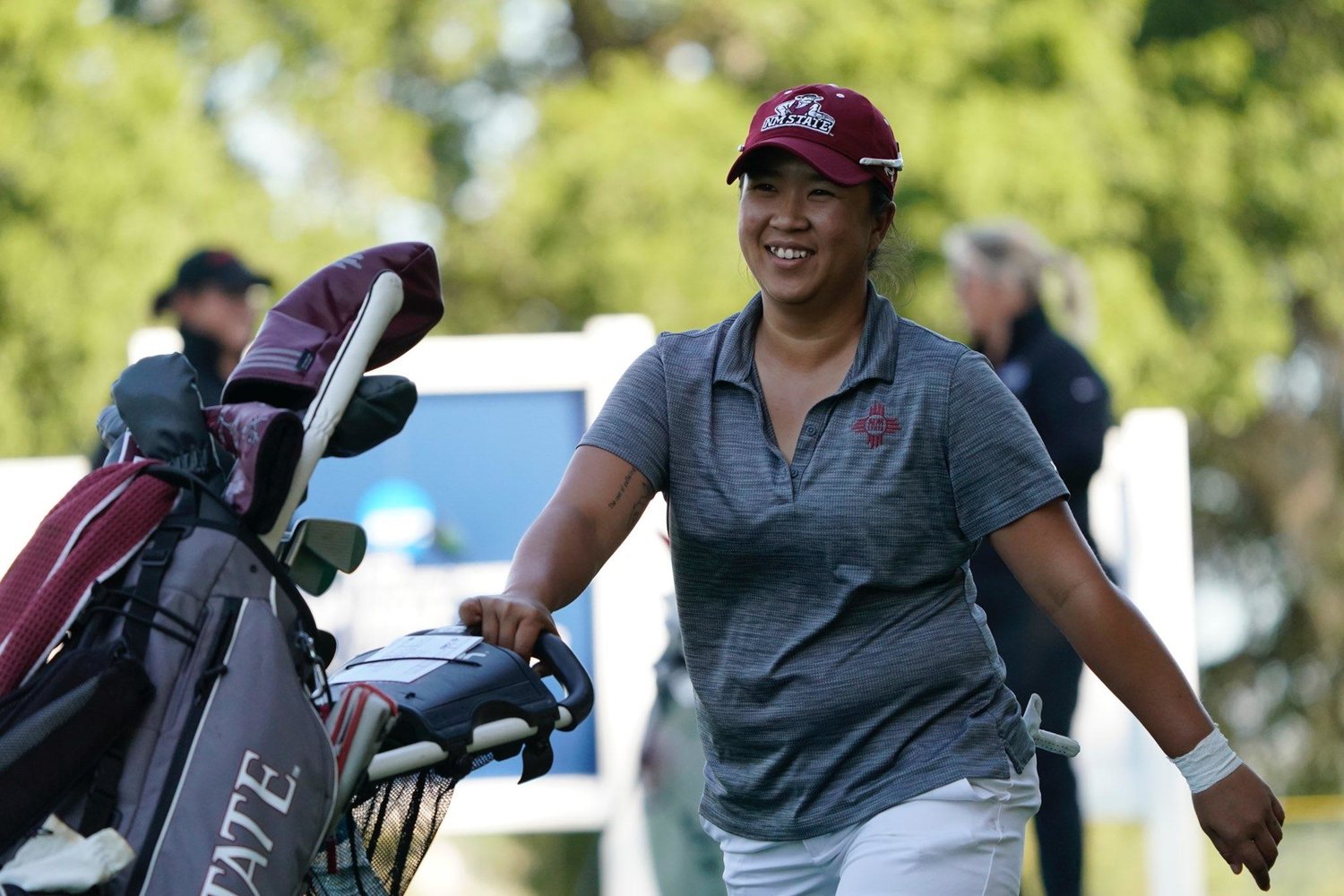 New Mexico State University golfer Pun Chanachai carded the low round for the Aggies Tuesday during the second round of the Stanford Regional in Stanford, Calif.

The Aggies finished the second round in 12th place after shooting a 294 after a first-day score of 292. The Aggies’ cumulative score of 586 is 18 strokes over par.

Chanachai got rolling early, sinking birdies on 11 and 12 after teeing off at 10.

Amelia McKee shot a 1-over 72 on Tuesday.

Karen Miyamoto followed up her sizzling first-round score of 69 with a 6-over 77 on Tuesday and is now in a 38th-place tie with a two-day score of 146 (plus 4).

The top six teams and top three individuals not on those qualifying teams advance to the NCAA championships in Scottsdale, Arizona.