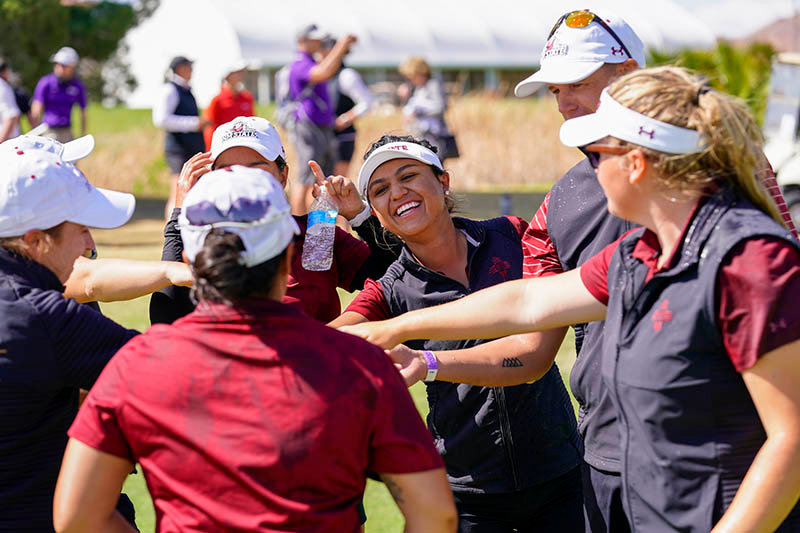 The NMSU women’s golf team won its 10th WAC championship and will advance to an NCAA Regional at Stanford, California, May 10-12.
Courtesy NMSU 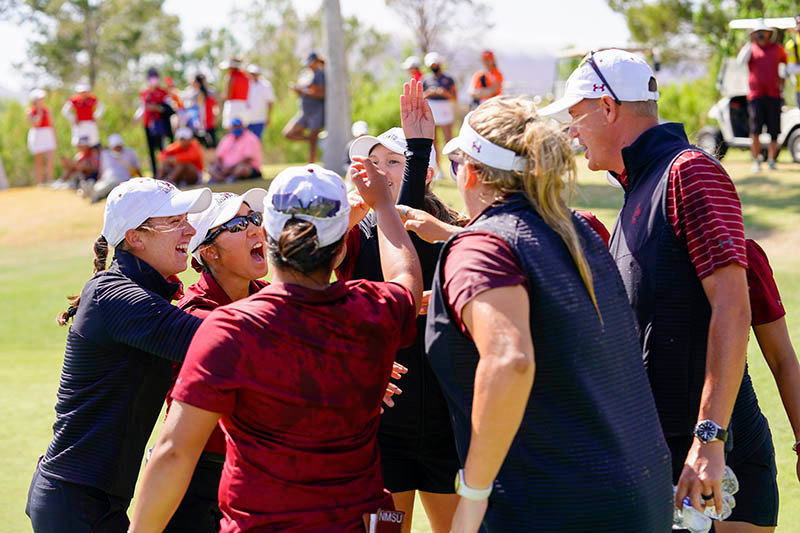 The NMSU women’s golf team won its 10th WAC championship and will advance to an NCAA Regional at Stanford, California, May 10-12.
Courtesy NMSU
Previous Next
Posted Friday, May 7, 2021 10:36 am
By David Burge

The New Mexico State University women’s golf team is heading to the postseason.

Now, NMSU is set to travel to Stanford, California, for the NCAA Stanford Region from May 10-12.

McKee, a sophomore, is from Spring, Texas. Gastelum is from Ciudad Chihuahua, Mexico, and Chanachai, a senior, is from Bangkok, Thailand.

NCAA Regionals feature 54 holes of stroke play spread across three days of action. Along with Stanford, the host sites for this year's NCAA Regionals are: Baton Rouge, Louisiana; Columbus, Ohio; and Louisville, Kentucky.

The six lowest scoring teams and three low individuals not from those teams will advance from each NCAA Regional to the NCAA Championships on May 21-26 at Grayhawk Golf Club in Scottsdale, Ariz.

The women Aggies are looking to qualify for their 10th appearance at the NCAA Golf Championships.