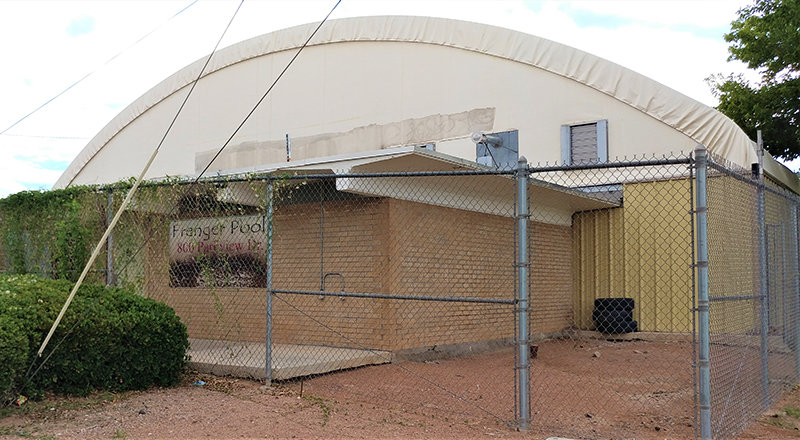 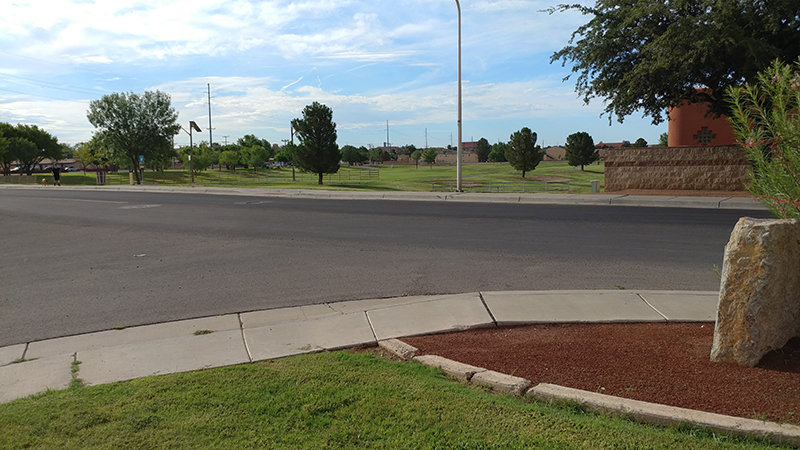 The view of Tony Gomez Park from the southeast corner of Frenger Park.
Courtesy photo 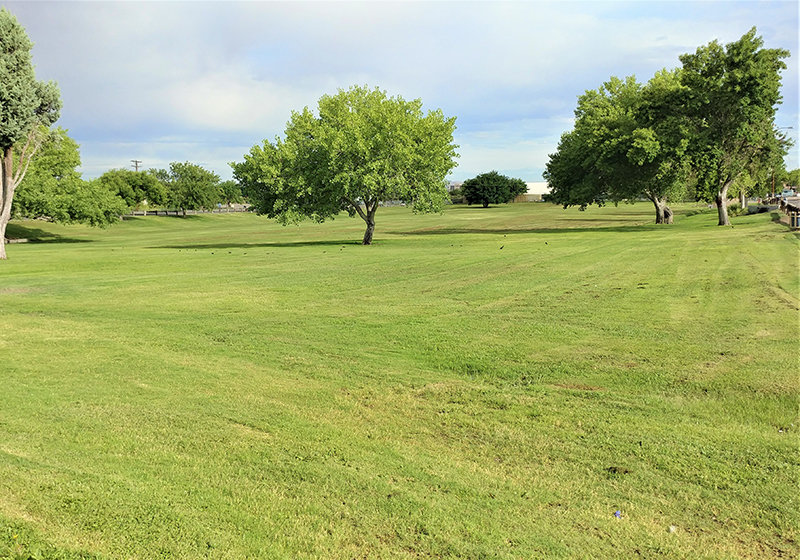 The view of Frenger Park from east Frenger Street, with Frenger Pool at the top.
Courtesy photo 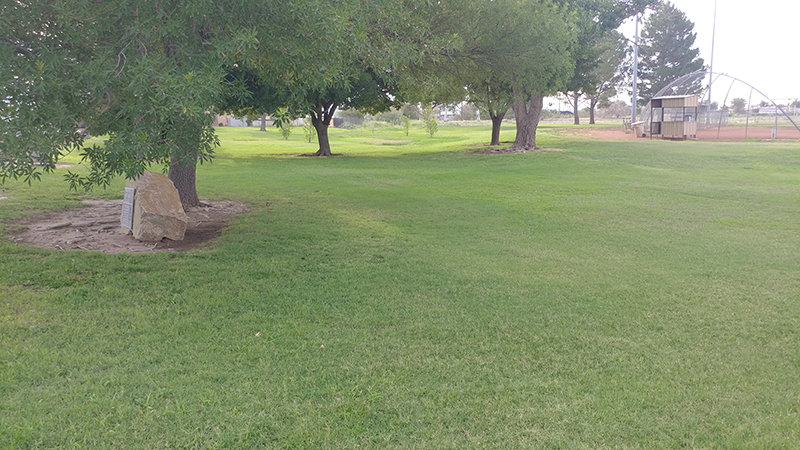 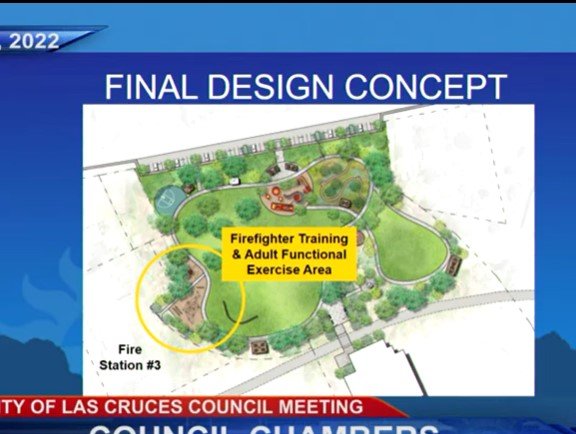 At its July 18 regular meeting, the Las Cruces City Council unanimously approved master plans to guide nearly $13 million in proposed renovations to three inner-city parks, with the work to include the demolition of Frenger Pool.

Once funding has been secured, renovations could take four to five years to complete for Branigan, Tony Gomez and Frenger parks, city landscape architect Cathy Mathews told the council.

The planning process began last November “with an extensive review of existing conditions” at each park, said senior landscape architect Emily Rogers of MRWM Landscape Architectural Firm in Albuquerque, which is consulting with the City of Las Cruces on park plans. One proposed design was selected for each park based on public input and guidance from city staff, Rogers said.

Developing final plans included “lots of input from our stakeholders and from the public,” Mathews said.

Here is information about each park and proposed renovations:

The master plan approved for the 4.7-acre park calls for $3.2 million in renovations to be completed in four phases, including paving the parking lot; adding sidewalks, a stormwater garden and nature path, a firefighter and adult fitness training area, a labyrinth and restrooms; and preserving the park’s informal ballfield. A recreation center could be added if the park is expanded.

The proposed work would cost about $4.5 million and be completed in five phases, including renovating the grass field; renovating and extending the walking trail and adding fitness stations; paving the parking lot; adding restrooms, picnic tables, shade structures, a sport court and an entry plaza; improving the play area; expanding the community garden; and installing a crosswalk between Tony Gomez and Frenger parks. The city received 210 responses to its survey about park renovations.

Proposed renovations include additional park entry points, sidewalks, restrooms, a picnic area, a perimeter walking loop, a nine-hole disc-golf course, a renovation of the park’s tennis courts so they can be used for a variety of court games, and wheelchair access. The master plan calls for the demolition of Frenger Pool, which would be replaced by a splash pad. The pool was built in 1962 and has frequently been closed for repairs.

City Parks and Recreation Department Aquatic Manager Jacob Gutierrez told the city council the splash pad could be used by 125-130 people a day, which is more than are currently being served by the pool.

Gutierrez said the city “will reach out to individuals that rent the pool and frequent the pool on a daily basis,” including two swim teams, to prepare them to move to the aquatic center, which he said will “provide more efficient, sustainable services.”

Also originally part of Wofford Drain Park, Frenger Park was authorized in 1979 and completed in 1983.

The area where the Tony Gomez and Frenger parks are located was once a corn field.

The proposed renovations are “a real opportunity to provide a sense of community and neighborhood” in the areas where the parks are located, Councilor Tessa Abeyta said, as she attended the July 18 meeting by phone.

“These parks are so important to our community,” Councilor Johana Bencomo said. Funding the renovations should be a city priority, she said.