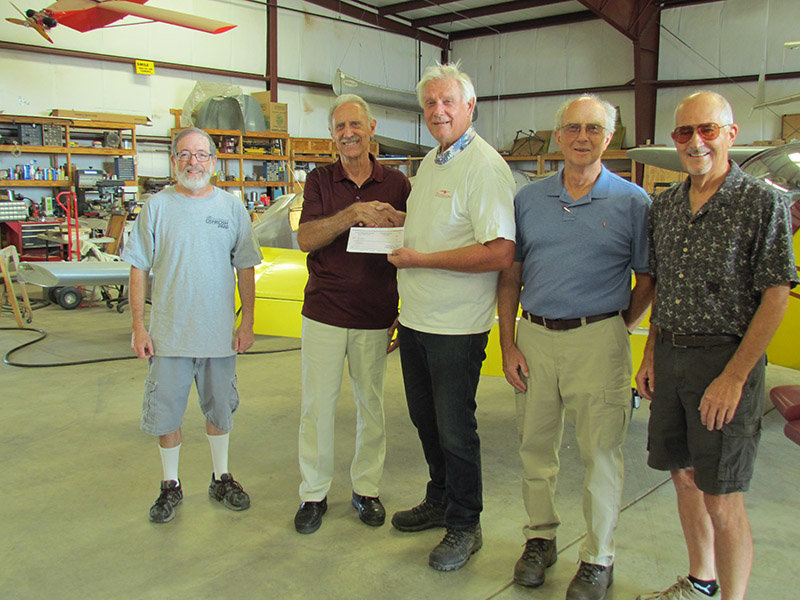 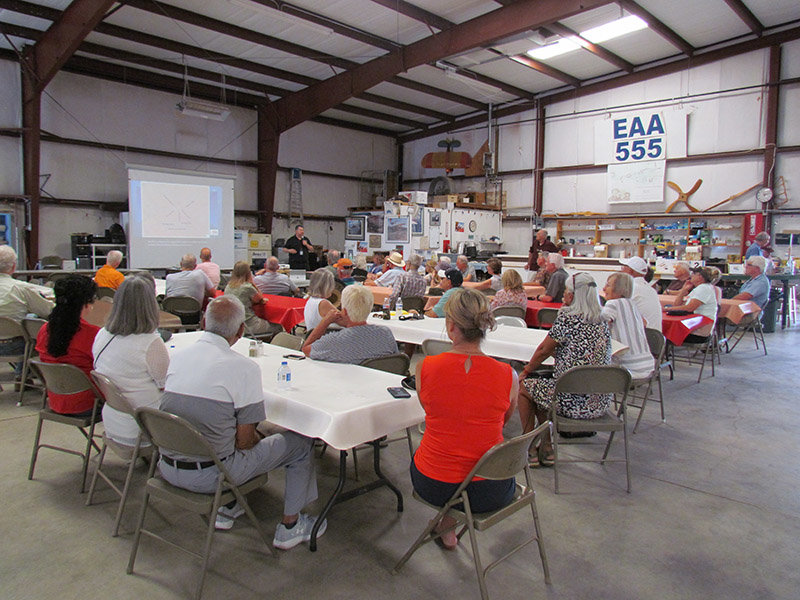 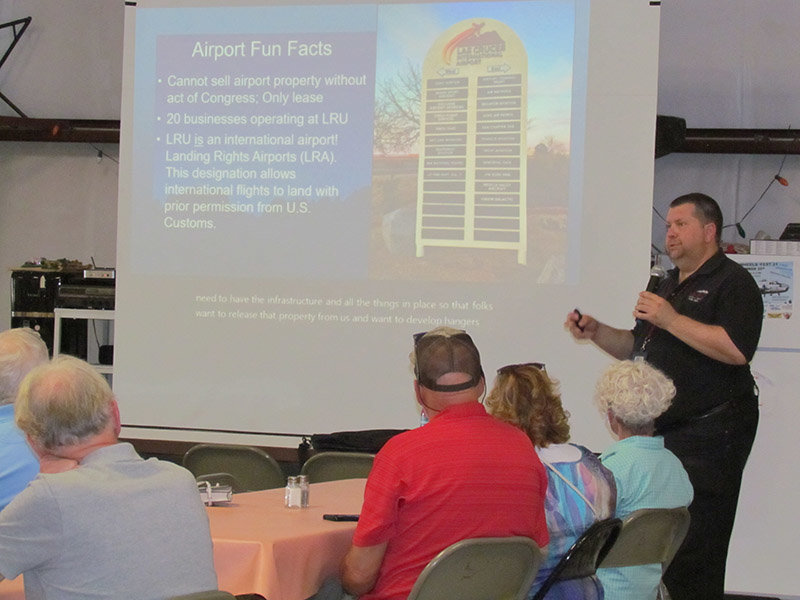 “The aim of this event was to inform our community of the airport’s future plans regarding runway expansion and a search for a regional carrier,” said Paul, of ERA Sellers Buyers Real Estate.

Airport Manager Andy Hume gave the group a presentation on the airport, Paul said, covering the history (the airport was built in 1942 as one of three airports in Las Cruces at the time), current operations (20 businesses currently operate at the airport), and future plans (runway expansion, a regional carrier and terminal upgrades), Paul said. She added that Hume told the association that about 13 percent of the air traffic that passes through El Paso International Airport is directly connected to Las Cruces.

Following Hume’s presentation and a question-and-answer session, association members had lunch at Jim Bobs BBQ, located in the airport terminal.

Attendees also had the opportunity to see the experimental aircraft owned by local EAA members and stored in the EAA hangar, Paul said.

EAA Chapter 555 (it’s called the Triple Nickel) was established in January 1976. The nonprofit got its own hangar at the airport thanks in large part to former NASA astronaut and one-time Las Cruces resident Frank Borman, who made a “very generous donation” to EAA Chapter 555 of part of a hangar he owned in 2006, said longtime chapter member Brett Hahn. Chapter members then raised the money needed to take complete ownership of the hangar.

EAA’s purpose is “to promote aviation by supporting aircraft building, flight training and aviation safety,” according to www.facebook.com/EAA.Chapter.555.

PHPOA made a donation to the EAA scholarship fund during the lunch, Paul said, as a check was presented to EAA Chapter 555 members by PHPOA Board of Directors President Paul Migliore.

“The scholarship fund supports introducing our younger generation to the world of aviation,” Paul said. The fund is supported by the EAA’s fly-in breakfast, held 8-11 a.m. the third Sunday of each month at the EAA hangar, 610 Wingspan Drive, at the airport, at the corner of Wingspan and Gasoline Alley. The breakfasts regularly welcome 100-150 people.