Pickleball enthusiasts on mission to spread word about their sport 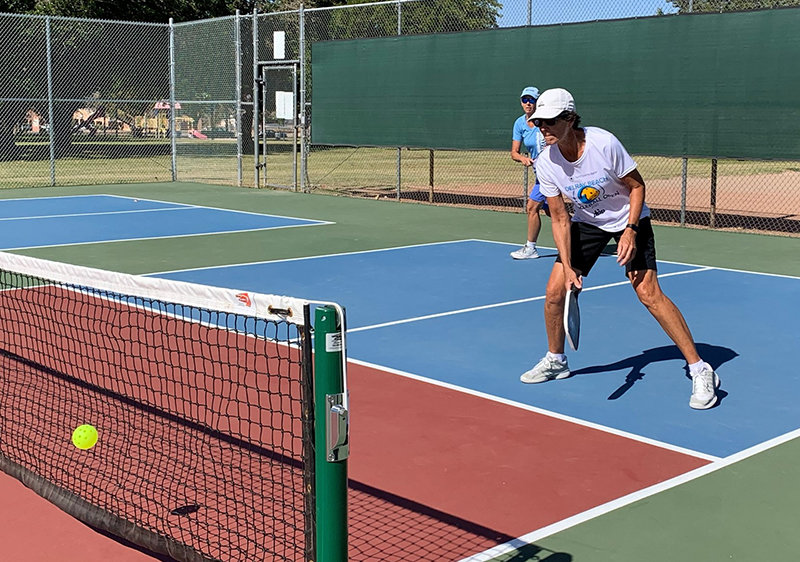 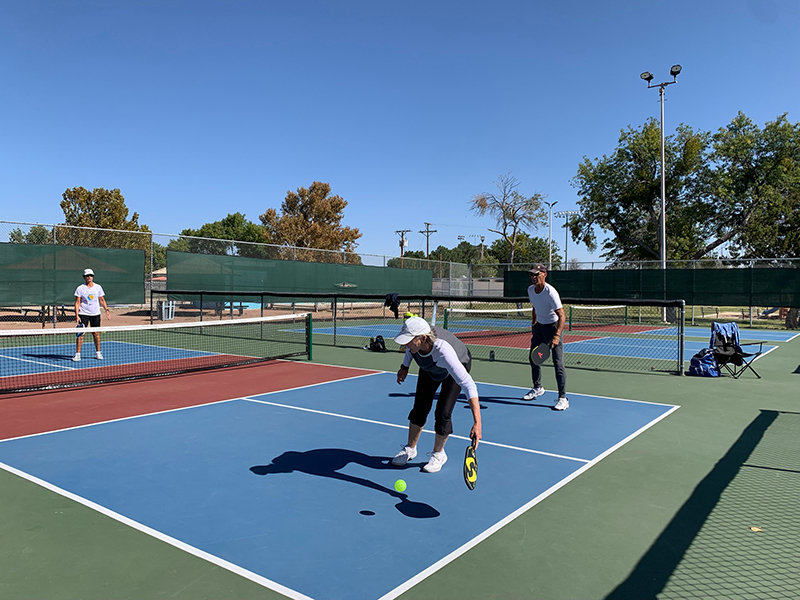 Apodaca Park, 801 E. Madrid Ave., has become ground zero for pickleball players after the city dedicated renovated courts that can be used to play the sport, day and night.
PHOTOS BY ELVA K. ÖSTERREICH
Previous Next
Posted Wednesday, January 12, 2022 1:01 pm
By Dave Burge

A group of pickleball enthusiasts want to spread the gospel about their favorite sport.

A little over a year ago, some Las Cruces pickleball players got together and formed the Organ Mountains Pickleball Club.

The club now has more than 150 paying members, ranging in age from their mid-20s to their mid-80s, and more than 270 people on its mailing list. (Are these still accurate).

Their mission is to promote the game of pickleball and “make it totally inclusive and try to engage children and get them playing, too,” said Becky Dominguez, the club’s president.

So what exactly is pickleball? It’s a paddle sport that’s a combination of tennis and badminton.

Dominguez also said its inexpensive to play – a couple of paddles and ball can cost about $20. The equipment is also small and light enough for players of all abilities to handle, she said.

“People, especially people over 50, are looking for something that gets them moving,” Dominguez said. “It’s not a sport that is taxing on the body. It’s all about community, socializing and getting together.”

The club has been working with Las Cruces Public Schools and recently held its first training session where they met with PE coaches and teachers and introduced them to the sport. The goal is for coaches to then pass it along to kids, Dominguez said.

The city government cut the ribbon on refurbished tennis courts that can be used pickleball at the park Oct. 1 – the same day the club celebrated its first anniversary.

The courts are lighted so people can play at night, said Dona Cassidy, a member of the club.

“It gives us a whole new opportunity to meet new people, play new people and have fun day or night,” she said.

To encourage more participation, the club offers free lessons for beginners at 5 p.m. every Thursday, weather permitting, at the park. John Allevi, a trained pickleball coach/instructor, volunteers his time and gives initial lessons through the club. If you want additional lessons, you can arrange with him for more sessions.

“It can be intimidating at first,” Dominguez said. “Many of these people have been playing for 10 years and are pretty skilled. When you are a beginner, it takes a while to get used to what you are playing.”

Douglas Bogart is 85 years old and is one of the original members of the club. Playing pickleball provides an important outlet for him.

“I’m a single guy so this is my recreation, exercise, everything combined,” he said.

At the other end of the spectrum is 24-year-old Galina Kelly.

She says the game is easy to learn and players are “all friendly and it is a good way to get outdoors.”

Gene Cassidy likes the social aspect of the sport.

“Once you start playing, you are hooked,” he said. “It is a family sport too. You can bring your whole family. It doesn’t matter what age or level you are.”

Dorothy Robinson said she loves the sport because she’s been able to get her family involved including her three young granddaughters.

“I gave the whole family paddles and we all play,” Robinson said. “It is so much fun.”

Another rival tour threatens PGA, this time from Saudis and Greg Norman