Photos are of cats and kittens at https://ascmv.org/adoptable-animals/ If the cat or kitten you see here has been adopted by the time you read this story, there are many other loveable cats and kittens, dogs and puppies who need loving homes waiting for you at Animal Services Center of the Mesilla Valley. 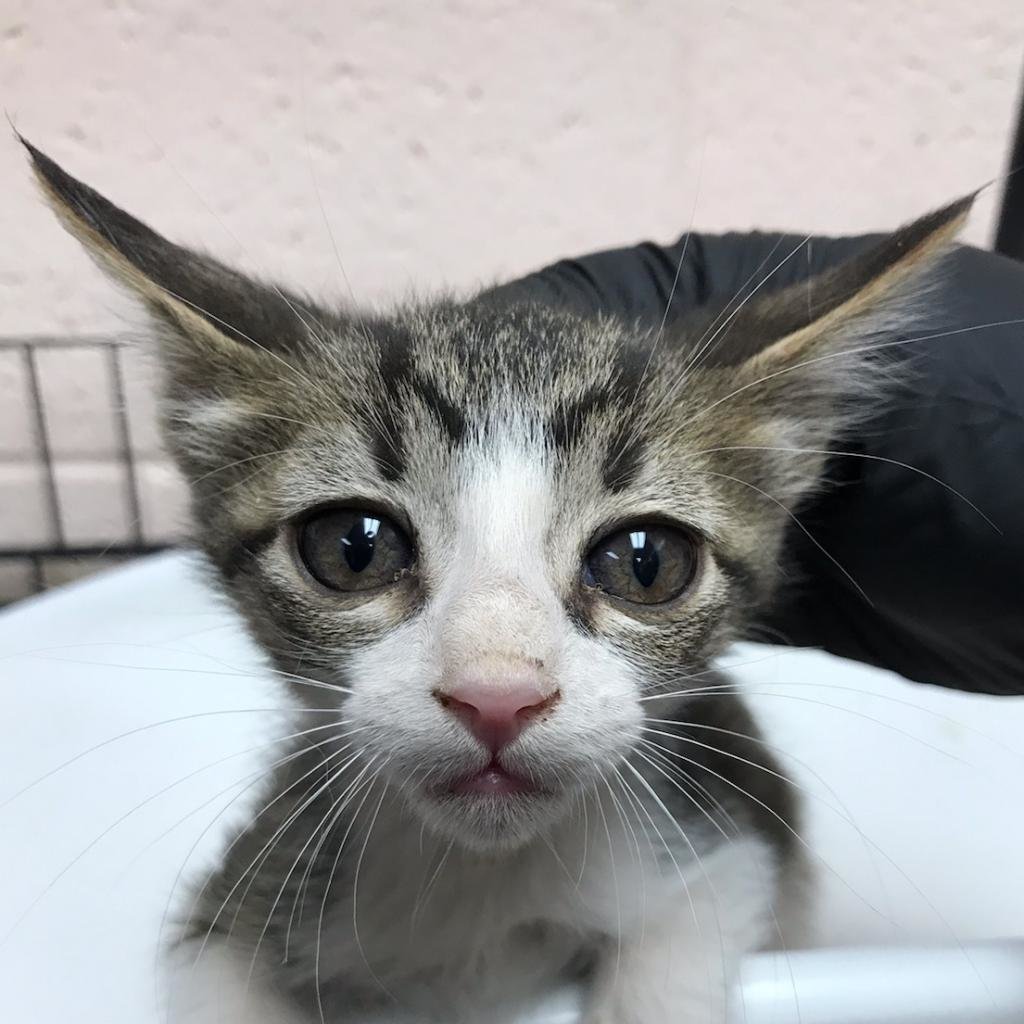 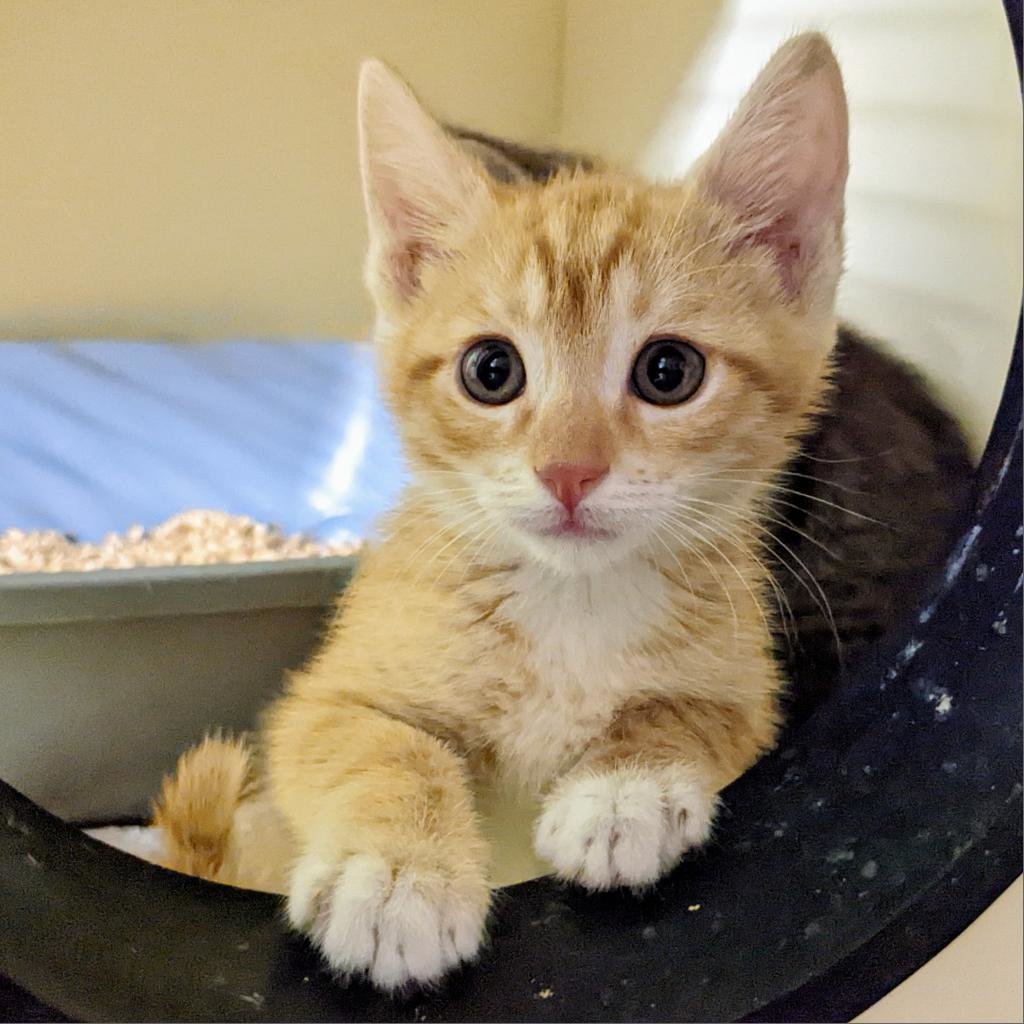 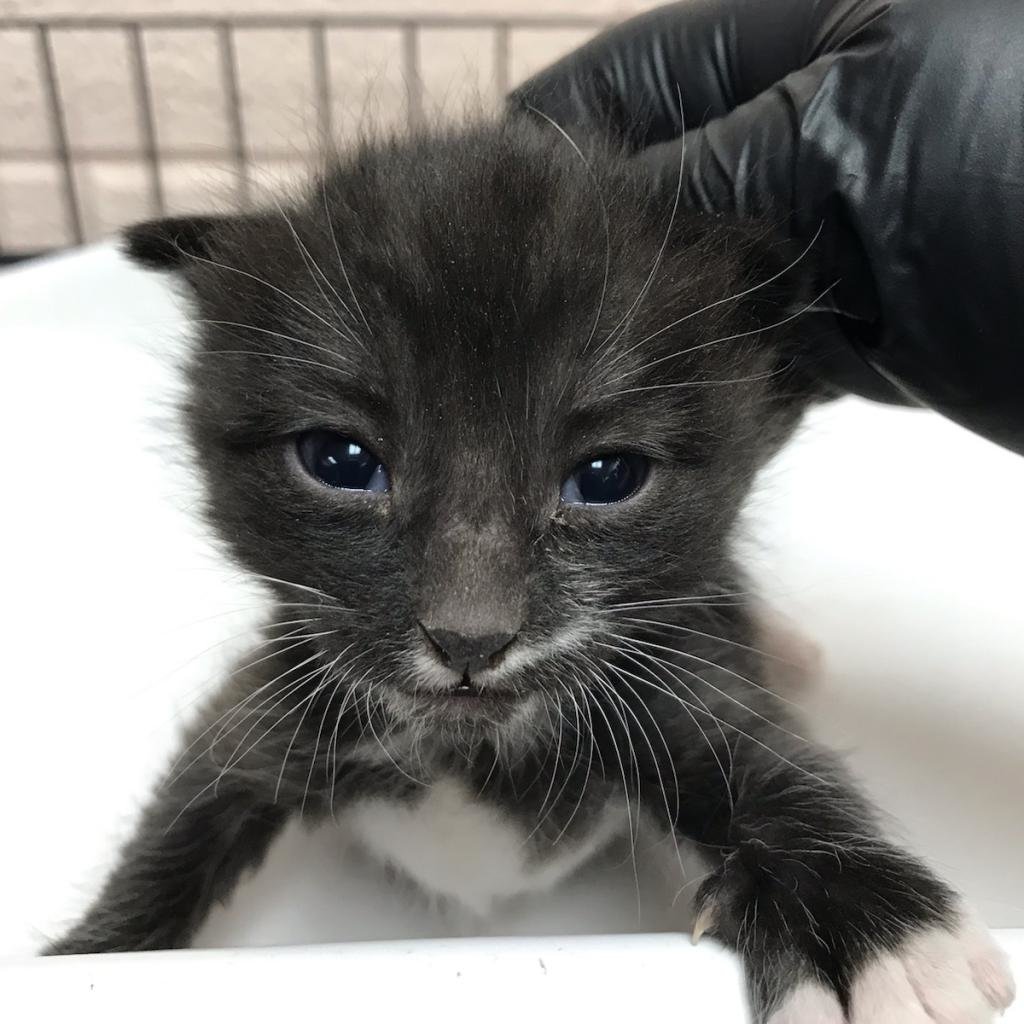 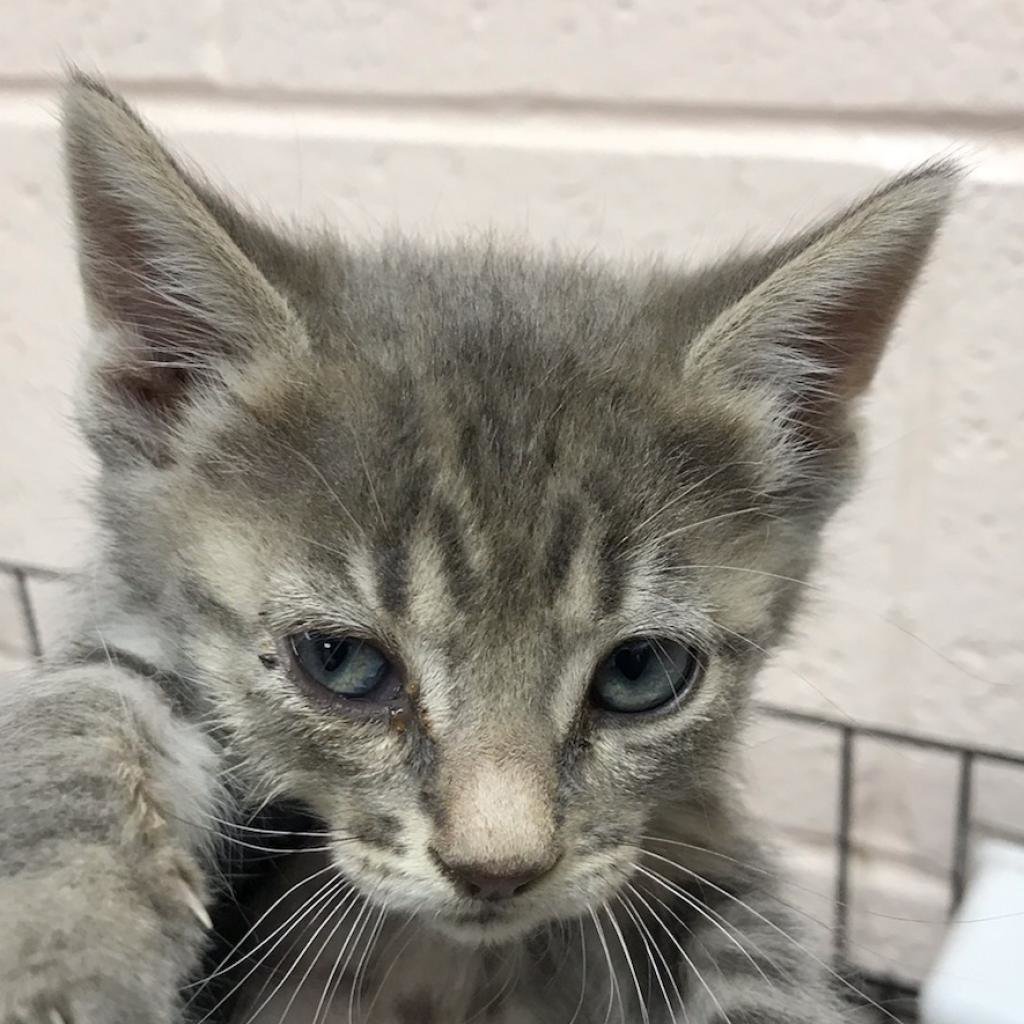 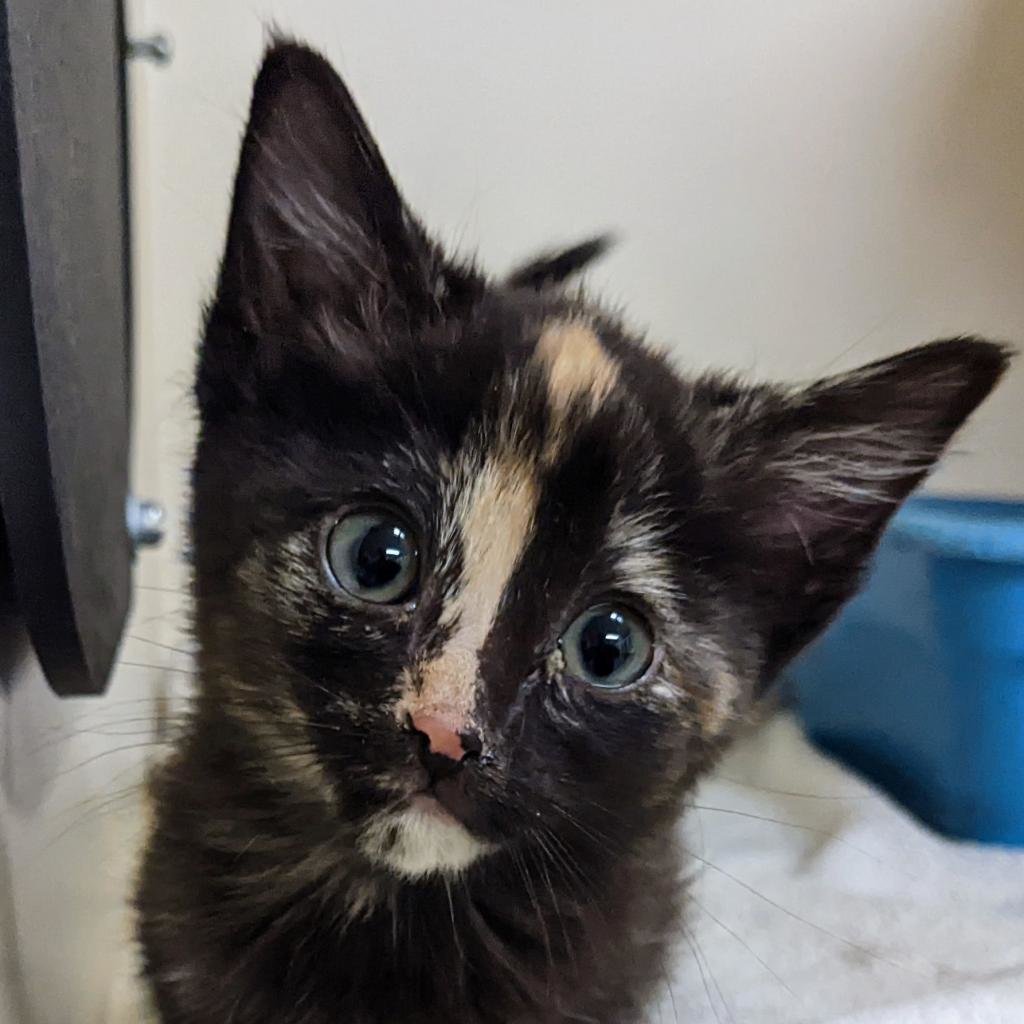 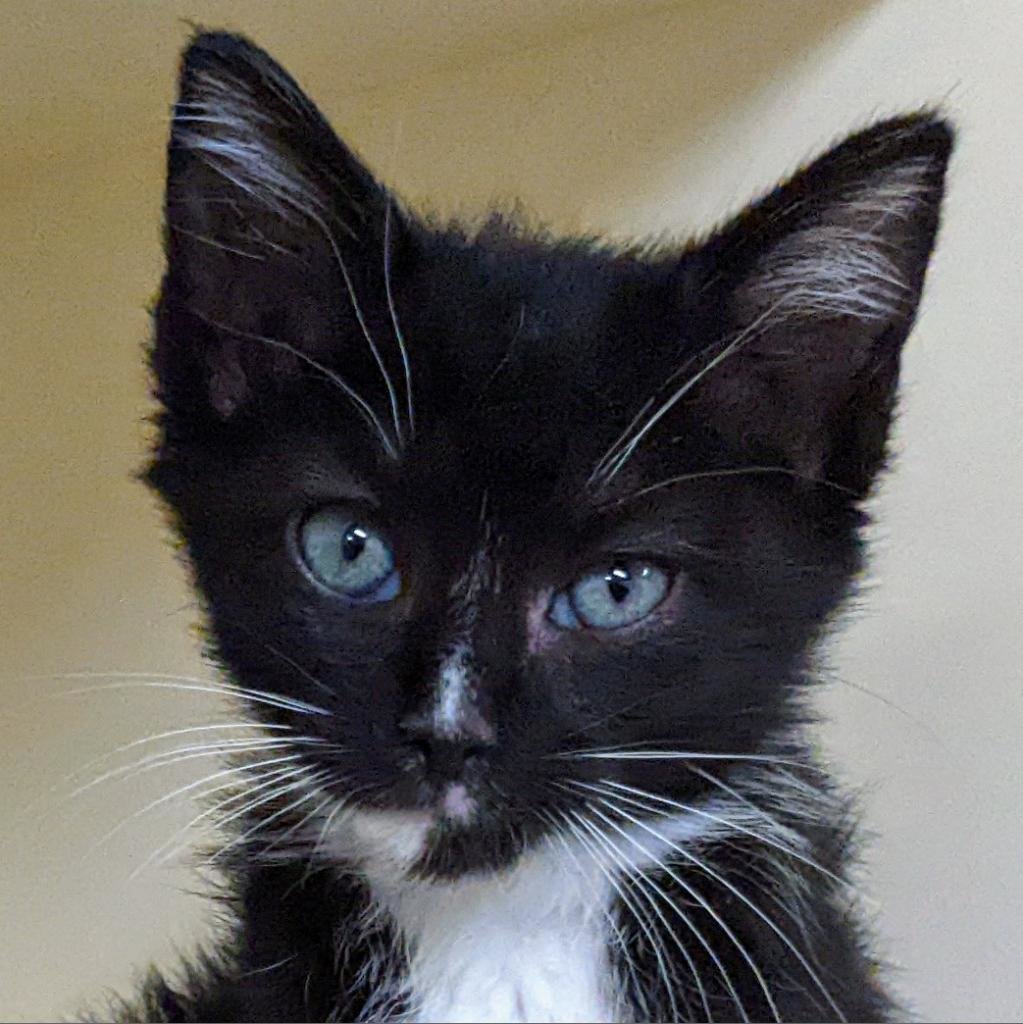 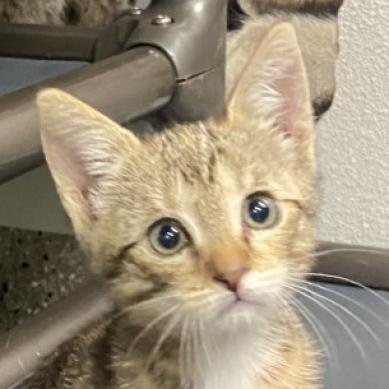 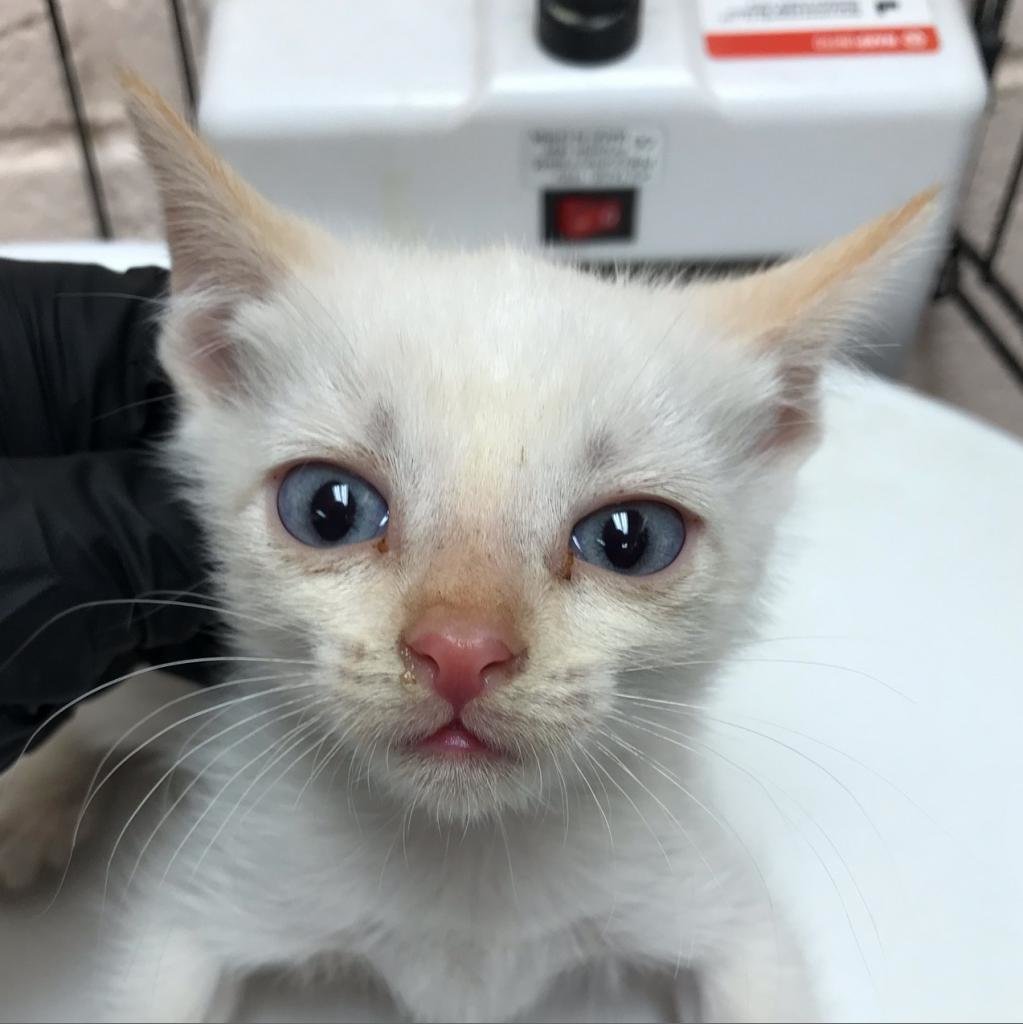 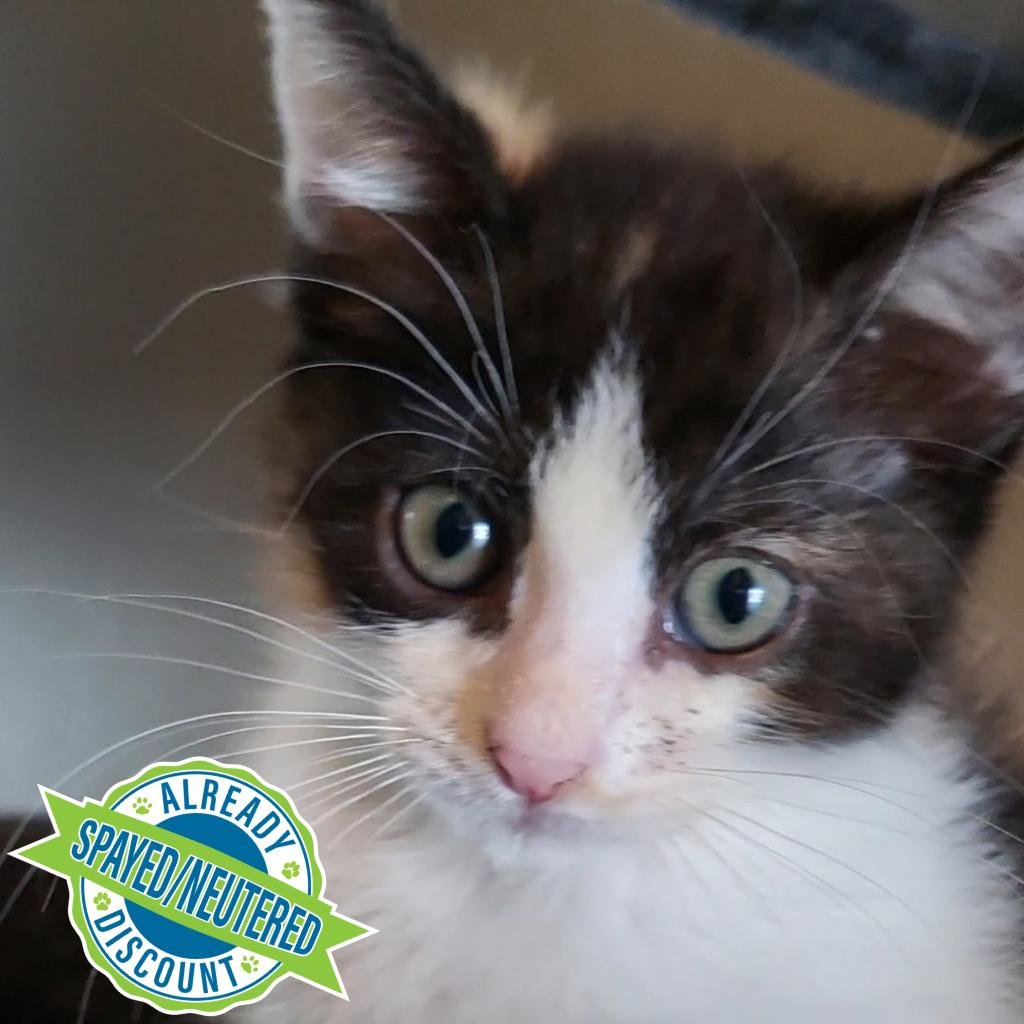 Moon
Photos courtesy of Animal Services Center of the Mesilla Valley
Previous Next
Posted Thursday, July 28, 2022 10:26 am
By Mike Cook

The Las Cruces City Council has endorsed a trap, neuter, release (TNR) program and is working with the Animal Services Center of the Mesilla Valley (ASCMV) to humanely reduce the number of stray cats in the city.

ASCMV receives annual funding of $3.4 million from the City of Las Cruces and Doña Ana County, which jointly operate the center. The city may increase funding to ASCMV to hire a TNR coordinator and further support the TNR program, and that funding increase could be matched by the county, ASCMV Executive Director Clint Thacker said.

Through its TNR program, the city is loaning out traps free of charge to residents to capture feral cats, which are taken to ASCMV to be spayed or neutered, microchipped, ear tipped and returned to the area they came from, city Animal Control Supervisor Gino Jimenez said. If a cat is sick or injured, ASCMV has the discretion to euthanize it rather than TNR, he said.

“This is a new program,” Jimenez said. “In order for it to succeed, we would need citizen participation.”

“I believe almost all cities have a feral cat problem,” Thacker said. “Humans, in general, have taken to the idea that cats are just fine outside and that they don’t need to be sterilized. Unfortunately, that has led to overpopulation in most areas. Las Cruces is no exception. We have an above-average population of feral cats compared to our human population. Of course, we have no way of counting feral cats, but we can refer to our annual impound of 3,000-4,000 brought into the ASCMV yearly.” (Visit https://ascmv.org/ascmv-annual-reports/.)

“The total number of those that were feral cats was 332,” he said. “All others were sick or injured to some degree. This does not include owner-requested euthanasias (cat is old or injured and owner requests we perform the euthanasia).”

“What a Goliath effort! This team of four techs, one veterinarian and a few contract veterinarians did all the vaccinating, microchipping, ear tipping and sterilizing for those 1,300-plus cats,” Thacker said. “Then we have the coworkers that drive throughout the valley and release the cats! It is a team effort that is often overlooked.”

In addition to traps, the city also has a limited number of cat deterrents available for loan to city residents, Jimenez said. They include motion-activated sprinklers, audio deterrents and spiked garden strips. None of the devices is lethal, but they all discourage cats from visiting sites where they are not wanted.

If a property owner or renter discovers after a week’s trial that a deterrent works, he or she can return the loaned device to the city and purchase one, Jimenez said.

Traps and deterrents are available at local hardware stores and online.

Thacker said ASCMV does not loan out traps or deterrents but is now working with the nonprofit Best Friends Animal Society to obtain different types of cat deterrents that could be loaned out.

The city is asking that people who are serving as caretakers of feral cat colonies in Las Cruces register either with the city or with ASCMV. That will help determine the success of the TNR program, Jimenez said, by showing if cat colony populations are going down.

Registering as a caretaker is not required, he said, and it does not mean the individual who registers owns the cats in the colony he or she cares for.

“All you’re saying is, you feed them and give them water,” Jimenez said.

“We want to see that number slowly go down,” he said, and “reduce the number of feral, unknown cats in the community and do it in a humane way.”

With the city’s TNR program in place, Thacker said he “absolutely, 100 percent expect(s) to see a reduction in the city’s feral cat population. Studies show it will take upwards of five years to begin to see results,” Thacker said. “Other cities have tackled TNR the right way and now have empty cat rooms in their shelters – that’s a good result.”

The county does not have a TNR program, Thacker said, but it has decriminalized TNR, which allows ASCMV to release county cats back into the area they came from after than have been sterilized, vaccinated and ear tipped.

That is not a full-blown TNR program, however, Thacker said, because the county doesn’t have an educational or a conflict-resolution component. Those could be handled by a TNR coordinator, he said. (Conflict resolution means resolving disputes between people in dealing with feral cat colonies.)

“Please get your cats sterilized!”

Thacker’s message to all city and county residents: “Sterilize your cats! This is a human issue. Humans are letting these cats out. Humans are leaving cats behind when they move. Humans are buying kittens from a person on the street and not having them sterilized.”